If nothing else, we are getting to see age discrimination in action.

I'm here to push Bernie's policies. Don't intend to argue should he run, can he do the job stuff. He is the only one among them who will actually work to live up to the rhetoric.

According to the NY Times, Bernie ate a corn dog but had no one to speak to in Iowa.

Do you have a link? Everything I've been reading and listening to says that Sanders commands huge crowds just like the other A list candidates.

As for Sanders's candidacy, I think his support is stagnant. Those who like him really like him and those who aren't already in his camp aren't really considering him. He's still getting a good amount of press, but Warren is doing a better job of representing his position with concrete proposals and he still has all the negatives he had last time around. I think his best bet is to beat the field in New Hampshire to get some momentum going. He stomped Clinton in New Hampshire four years ago, if he wins there again, that's some hope. If he loses there, well, that isn't a good sign.
1 Reply
1
Reply Tue 13 Aug, 2019 07:48 am
@engineer,
I will look for at in a few minutes. I blocked it everywhere I could on facebook and twitter.
1 Reply
1
Reply Tue 13 Aug, 2019 07:49 am
RamĂłn BenĂ­tez
@ScottWFaya
Â·

When I vote I vote with my morals and my conscience, If I think you will murder in my name I cant vote for you, If you are not 100% #MedicareForAll I cant vote for u, if you will be friendly to Saudis (Wahhabist), Israel (Zionist) or any Nationalist, Im gone
0 Replies
2
Reply Tue 13 Aug, 2019 07:50 am
@edgarblythe,
No problem, I found it. https://www.nytimes.com/2019/08/12/us/politics/bernie-sanders-iowa.html

DES MOINES â€” Bernie Sanders examined the butter cow. He power-walked by the Ferris wheel. He gobbled a corn dog.

He spoke to almost no one.

Most presidential candidates use the 10-day Iowa State Fair to showcase their retail campaigning skills, because it is one of the best opportunities to meet a wide cross-section of voters before the caucuses in February. Mr. Sandersâ€™s approach to the event on Sunday â€” stride briskly, wave occasionally, converse infrequently â€” underscored how he has grounded his campaign in championing ideas rather than establishing human connections.

This is a different spin than what you presented and is consistent with other accounts I have heard. Sanders is surrounded by press and staffers and doesn't do the retail politics, hand shaking, selfie taking that other candidates do.
2 Replies
1
Reply Tue 13 Aug, 2019 07:53 am 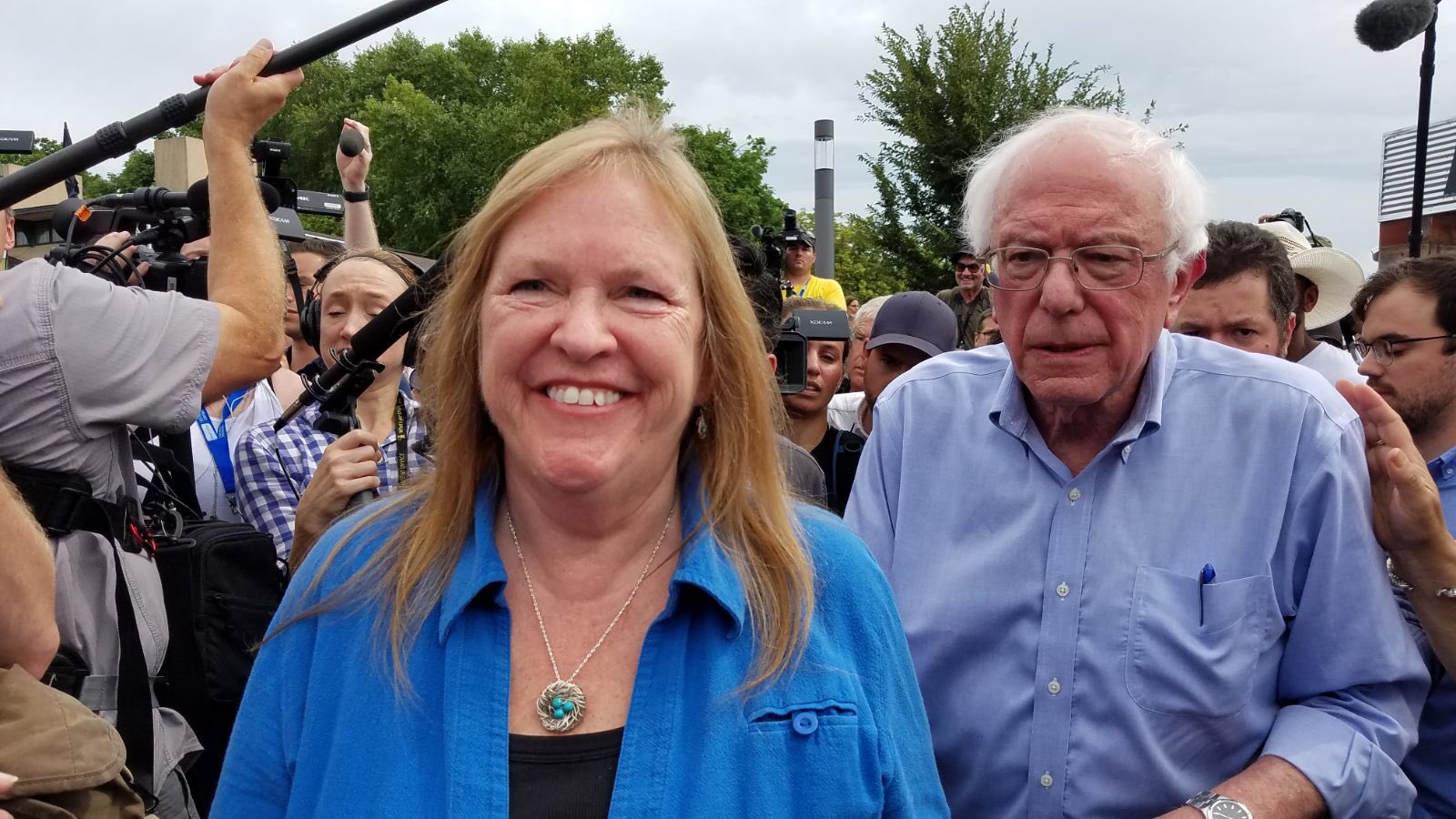 There are several more pictures.

beth, stuck in a fish tube
@bourgeoisalien
wait, here's Bernie talking to people... but corporate media told us he spent the day gobbling a corn dog and ignoring everyone... whoa, are they lying to us? no... the good people of CNN, WaPo, and New York times wouldn't do that.. clearly these pictures are doctored
0 Replies
2
Reply Tue 13 Aug, 2019 07:54 am
@engineer,
Similar comment from NPR that I heard yesterday.

DANIELLE KURTZLEBEN, BYLINE: If you're trying to meet your favorite candidate at the state fair, you might have to fight for it. Candidates like Vermont Senator Bernie Sanders don't so much wander the fair as plow through it surrounded by a mass of reporters and campaign staff.

I will note in the same story, they recorded a girl absolutely freaking out because she "got a hand shake".
0 Replies
2
Reply Tue 13 Aug, 2019 07:55 am
The Bern Identity
@bern_identity
Â·
16h
Bernie Sanders speaks to people. He held a town hall which 25% of town came to. His #Soapbox speech at the fair had biggest crowd. He has over 25K volunteers in IA.

1 Reply
5
Reply Tue 13 Aug, 2019 10:43 am
@edgarblythe,
You have to have allies in congress to get laws passed. I don't like Bernie because while he has some good ideas he will not be able to get much through congress because he sent a democrat. Its called politics. I hate it but I also want change. You know making billionaires pay taxes rather than me supporting them. I still haven't chosen one candidate but am considering several. Still got s year.
2 Replies
1
Reply Tue 13 Aug, 2019 11:23 am
@RABEL222,
Also, Bernies primary message hasn't changed. He's locked into his message that he memorized years ago.
1 Reply
1
Reply Tue 13 Aug, 2019 12:40 pm
@cicerone imposter,
He has been building his message from the 60s straight til now. When you get it right, you don't have to "evolve," the way apologists for Biden and Hillary claim their candidates do. He got it right the first time.
1 Reply