The sad reality of the Obama presidency.

Type: Discussion • Score: 15 • Views: 25,012 • Replies: 35
Topic Closed
6
Wed 21 Nov, 2012 08:31 am
@H2O MAN,
In what way is it sad that the poor can have a good meal thank to the government help or that the GOP had harm the economic to the point that such help is still needed after they almost drove us into a second great depression four years ago?

At least we are working ourselves out of the hole the GOP had placed us in faster then we did after they cause the 1928 great depression by allowing the financial markets to run wild as they did in the early 2000's also.

More Americans Will Eat on Thanksgiving This Year Than Ever Before
0 Replies
4
Wed 21 Nov, 2012 08:40 am
@H2O MAN,
Thank gawd that the waterdude family can eat this Thanksgiving.

What exacerbates this miserable situation is that Obama wants to expand Americans dependency on government.


Increased use of food stamps use is a clear sign of increased government dependence
2 Replies
4
Wed 21 Nov, 2012 08:53 am
@H2O MAN,
Increased use of food stamps is a clear sign of how much the economy was screwed up. Now if you could be realistic about why the economy got so screwed up then we could have an actual conversation. When you insist that the economy wasn't screwed up until after the recession was over then you don't seem to want to live in reality.
0 Replies
Below viewing threshold (view)
-5
Wed 21 Nov, 2012 08:55 am 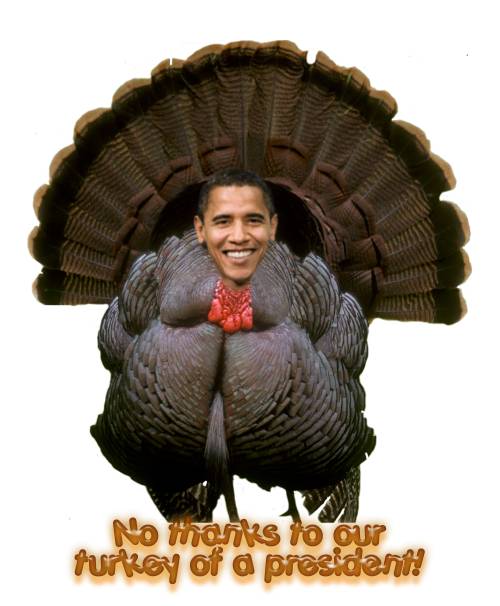 0 Replies
3
Wed 21 Nov, 2012 09:06 am
Keep on whistling into the wind, H2O. Your views are still unAmerican. Most of the country knows how to assess the reality of the situation. 68% still lay blame for the recession on the failed Bush presidency. If the country drives over the fiscal cliff, polls say Republicans are going to get the blame by 2 to 1. Your propaganda isn't convincing anybody.
1 Reply
3
Wed 21 Nov, 2012 09:18 am
@H2O MAN,
Quote:

Of course when you rigged the system so 500 hundreds or so individuals had more of the nation total wealth then the bottom fifty percents of the population you are going to have more people needing government aid to survive.

Why are you not happy as that had been the goal of the GOP to destroy the middle class and only have the very very rich and the very very poor.
0 Replies
-3
Wed 21 Nov, 2012 09:21 am
@MontereyJack,


MJ, you're not thinking clearly.

The goal of Obama is to DESTROY the American way of life.
Obama's propaganda resonates with the dumbmasses.

If you mean billionaire white men rule you are right and you do have the GOP view of the 99 percents of the population down correctly.

Amusing that this view cover most of the people who voted for them as it is the red states not the blue states that take the most help from the government.
1 Reply
4
Wed 21 Nov, 2012 09:59 am
@BillRM,
notice that anyone who doesnt agree with spurt is part of the "Dumbmasses"(spurts code-word for nonwhites) Maybe spurt should move to some place that is populated by his kind. Wonder where thatd be? Maybe Iceland. Nooo too many Esquimaux

Once there were greenfields

That was then. This is now.