Forums: Moving, New Home, Home Buying, Pools, Tortoises
Email this Topic • Print this Page
2
Reply Fri 13 Jul, 2012 02:09 am
@jcboy,
Friggen 4% I need to come over there an be an agent. Sheez, then again I suspect the house prices are alot less...

Herherm. They rejected the counter offer and have an Agent showing them other places.

But, you are right they are cool kids.. But, MM has a name as much as JCB does... This Boy Toy thing reminds me of the toys that you may play with in the bedroom

OK that was not nice but I know you are tough and will see the fun side of that remark.

If I can say also? What is it with people in general that get so pissed over people having inheritance? I mean, no one can claim that either boys didn't work their butts off ( no punt intended) before, (or maybe there is one

), anyway, before this inheritance came through and I darn as well know as well as everyone else that anyone would prefer their parents to be here over money, or grandparents or whom ever handed that over.. Unless they are assholes.

I guess Hawks, I see it as this, as a Real Estate Agent, they are being pro-active, putting money into bricks and mortar for superannuation, for their family.

You are a risk taker, putting your money into a business in hopes it succeeds and gives you a franchise.

Yes you have to work for that.

But, both situations require "smarts" .

So, please don't get pissy over where their money came from, that's childish and I would have thought you wouldn't have given a ****, preferring to be proud of what you are venturing into and aiming at succeeding over.
1 Reply
4
Reply Fri 13 Jul, 2012 04:00 am
@jcboy,
Quote:

Oh we will be checking out the neighborhood... 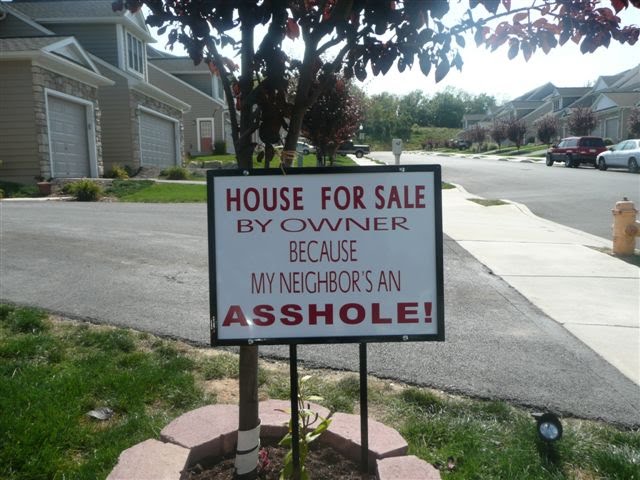 I think hawkass is just jealous because he doesn’t have his own Puerto Rican boytoy and he’s stuck with owning that tacky diner.

WOW...it was just two weeks ago that we were on version 2 of the story, that Morgan (because Boy Toy has no say in the matter) has no intention of moving in. Now we are already on Version three, with the plan to move in.

What a bullshitter. The cool kids always get away with lying through their ass. When the the easy money runs out things might be different.

You seem to have a problem comprehending what you read. I noticed that in quite a few of your other posts.
I did read the restaurant thread, someone like you opened one downtown, it was quite popular, people like the employees and the food wasn’t bad but the owner was always there and he was just as much of a asshole as you seem to be. His restaurant closed down last month.

I know which restaurant you’re talking about, yeah it was nice and would probably still be in business if the owner would have stayed away. I say Hawkass’s diner closes by year end.

Can you imagine him greeting customers that walk through the door?

(it was nice of her to let him blow her money on a business venture)
1 Reply
6
Reply Fri 13 Jul, 2012 04:19 pm
@Rockhead,
I’ve lived in St. Pete for two and a half years now. I’ve seen at least 6 restaurants open and close in that time. IMO the money it takes to run a restaurant and the time and hard work it takes isn’t worth the return investment.

Unless of course you can’t get a job and talk wifie into forking over the cash for you.

We saw one we both really liked and in a nice neighborhood but we’re not in any hurry, will be looking at a few more this week.

As I said to Pacco, my then dog, from a beginning italian book, calmo'.

I’ve lived in St. Pete for two and a half years now. I’ve seen at least 6 restaurants open and close in that time. IMO the money it takes to run a restaurant and the time and hard work it takes isn’t worth the return investment.


Not that we needed anymore evidence that you are a trust fund brat totally disconnected from us working stiffs, but there it is!

Is there anything you love other than ******* Boy Toys and partying? You would not know it by looking at A2K.
3 Replies
4
Reply Sun 15 Jul, 2012 04:21 pm
@hawkeye10,
is there anyone more vile than hawkeye?
2 Replies
3
Reply Sun 15 Jul, 2012 04:23 pm
@ossobuco,
He's probably very bitter since life has thrown him so many curves and
I honestly think, he's an outcast in his community as well and this might include his wife.
0 Replies
2
Reply Sun 15 Jul, 2012 04:26 pm
@ossobuco,
My dog is a trust fund brat. She is eleven. I need to ask for two receipts, one for me and one for them. I could not have another dog, because I couldn't afford the care, before the situation with Katie (to me, Katy) happened.

Mocking him about a trust fund left by the parents is asinine. You are a putz.
0 Replies