Forums: Politics, American Politics, Bernie Sanders, Sanders For Clinton, He S With Her
Email this Topic • Print this Page
Reply Tue 28 Apr, 2015 05:09 pm
I have mixed feelings about this. As much as I like him, I don't think he has the star power to win. It depends how he dialogs with Clinton that makes all the difference to me at this point.


VPR News has learned from several sources that Independent U.S. Sen. Bernie Sanders will announce his candidacy for the Democratic presidential nomination on Thursday.

Sanders will release a short statement on that day and then hold a major campaign kickoff in Vermont in several weeks.

Audio from this story will be posted at approximately 11 a.m. on Wednesday, April 29.

Sanders' entry into the Democratic race ensures that Hillary Clinton will face a challenge to win the support of the liberal wing of the party.

Sanders' basic message will be that the middle class in America has been decimated in the past two decades while wealthy people and corporations have flourished.

His opposition to a proposed Trans-Pacific Partnership trade deal (T.P.P.) shows how he plans to frame this key issue of his campaign.

"If you want to understand why the middle class in America is disappearing and why we have more wealth and income inequality in America than we have had since the late 1920s, you have to address the issue of trade,” Sanders said in a phone interview on April 23.

As the longest-serving Independent member of Congress, Sanders has been a vocal critic of the influence that large corporations have on the political process.

And Sanders says it is imperative that all the Democratic presidential candidates address the issue of trade and income inequality.

"So, I think that Hillary Clinton and every candidate out there should in fact address whether or not they support this T.P.P.," Sanders said.

In the past few months, Sanders has been actively visiting many of the early presidential primary states. Just last weekend he traveled to South Carolina to address the state Democratic Party and news reports indicate that his economic message drew a lot of support at the state meeting.

0 Replies
1
Reply Tue 28 Apr, 2015 06:36 pm
I like Bernie, I wish there was someone who was more likely to beat Clinton. Elizabeth Warren would have been nice.

1 Reply
1
Reply Tue 28 Apr, 2015 08:48 pm
This thread about it was started before mine:
http://able2know.org/topic/275711-1
0 Replies
1
Reply Wed 29 Apr, 2015 10:01 am
@maxdancona,
Actually I don't think Warren has a chance to beat Clinton even if she did decide to run. I know she is well liked by a lot of people on the left, but I don't think they would vote for her in large numbers over Clinton. Bernie doesn't have a chance either. It would have to be someone really strong and charismatic. I hope someone comes along, but it doesn't look promising.
1 Reply
1
Reply Wed 29 Apr, 2015 10:12 am
@revelette2,
I'm very slightly hopeful that having more people in the mix for the Democratic candidate will move the party platform to at least the middle of the political spectrum if not a wee bit to the left.
0 Replies
1
Reply Thu 30 Apr, 2015 12:18 pm
When I see this thread title, I think right away of a2k'er Blatham, though I know it's about Bernie Sanders (whom I like what I know of). Blatham as president, oh man, I'd enjoy that. 'Course, he's Canadian so he couldn't run, not to mention would be likely not to want to. Still, I can just imagine the speeches..
1 Reply
2
Reply Thu 30 Apr, 2015 02:45 pm
As long as, when Hillary probably gets the nomination, the "real" liberal progressives don't pout and sit out the election, effectively giving the white house and scotus to the GOP all is good. I like Bernie Sanders a lot. 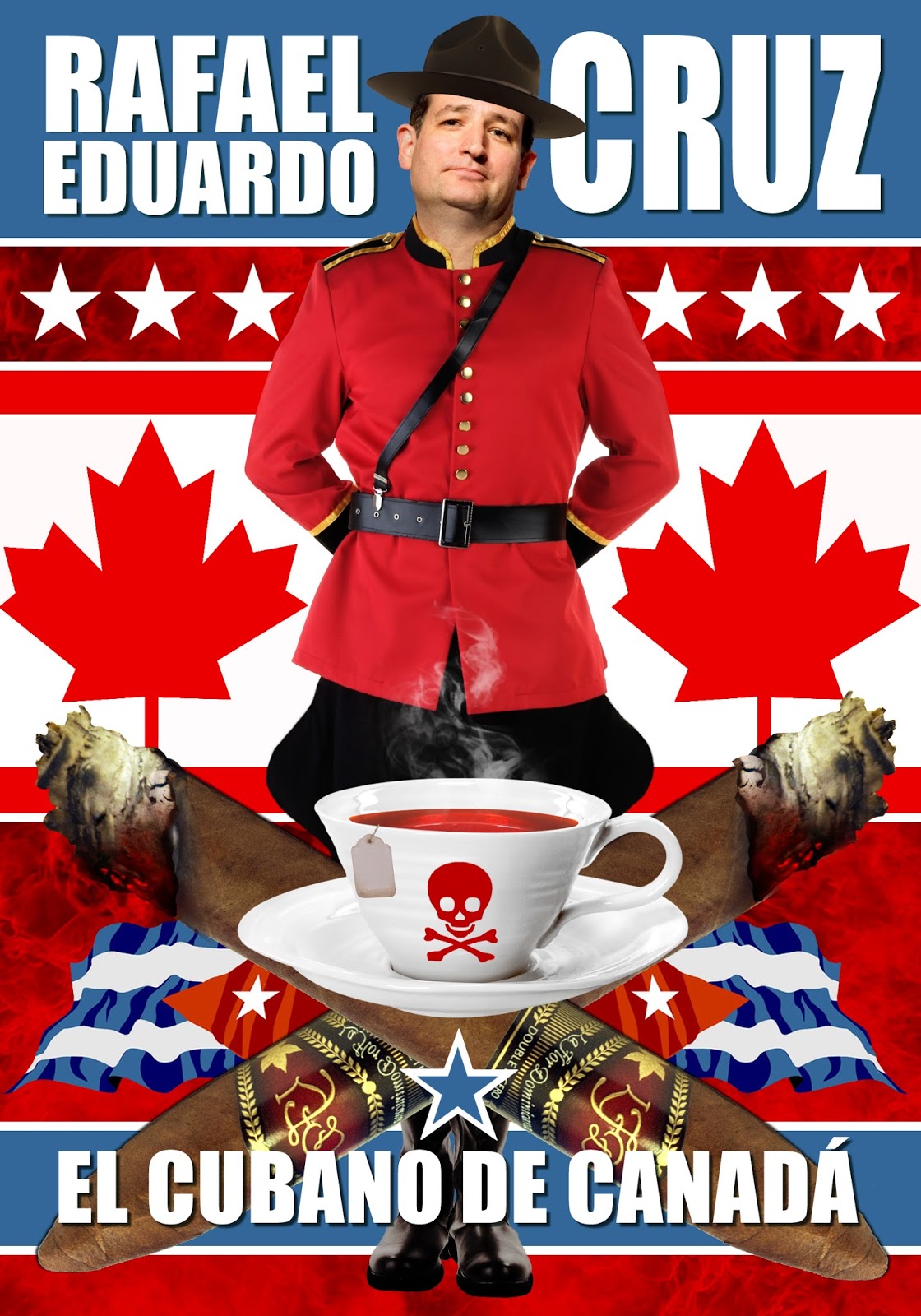 Coming on the heels of a highly successful campaign launch, after which Sanders raised $3 million in four days, the announcement is an indication that Sanders, a self-described socialist, won’t be confined simply to a long-shot role in the Democratic primary.

The independent senator, who is running for president as a Democrat, has hired the firm Revolution Messaging to run digital ads and online fundraising. The staffers with the firm who will be working on Sanders’ campaign include Revolution Messaging’s founder, Scott Goodstein, who ran the 2008 Obama campaign's social media and mobile programs; Arun Chaudhary, who was the first official White House videographer; Shauna Daly, who served as deputy research director on Obama’s 2008 campaign; and Walker Hamilton, who was a lead programmer for that campaign.

"Like a lot of Obama supporters, we were looking for a candidate with a track record of doing the right thing -- even if it meant taking on Wall Street billionaires and other powerful interests. A candidate who could inspire a movement," said Goodstein. "Bernie Sanders is that candidate."

Due to his long-standing criticism of the influence of big-money interests on government, Sanders has strong online and grassroots appeal, which he hopes to leverage to raise the money needed to fund a presidential campaign. And so far, the strategy looks savvy. The campaign has received roughly 75,000 contributions, and the average amount is $43. According to a campaign adviser, 99.4 percent of the donations have been $250 or less, and 185,000 supporters have signed up on the website BernieSanders.com.

Bringing on former Obama aides to help amplify that momentum is, perhaps, by design. Months before Sanders formally announced, his longtime adviser Tad Devine told The Huffington Post that he saw Obama’s 2008 White House race as the template for the type of campaign the Sanders camp would have to run to prove successful. By that, Devine didn't mean raising historic amounts of funds and utilizing new technologies when it comes to organizing. Rather, he was talking about appealing to a broader pool of voters, not just down-the-line Democrats.

"I think ultimately, if he gets into this thing, he is going to look for support across a broad spectrum of groups," Devine said at the time. "If he gets into this thing, I think people will find out that Bernie Sanders’ politics are not traditional."
http://www.huffingtonpost.com/2015/05/06/bernie-sanders-campaign_n_7224630.html?ncid=fcbklnkushpmg00000013
0 Replies
1
Reply Wed 27 May, 2015 05:49 pm
@edgarblythe,
edgarblythe wrote:

I think what may sink Bernie's boat will be people focusing on his admitted socialism, ignoring his stated goals.


Agreed. I was surprised to hear that, but the fact that he's up front about it is respectable. I don't know a whole lot of him yet, but he's decent with the oratory. His voice is a dead ringer for Larry David, and I could see him owning Clinton in a debate. Over the years, I've become a bit socialist myself (which of course makes me intrinsically evil

), and would love to see him get some national exposure before he gets burried
1 Reply
1
Reply Wed 27 May, 2015 06:02 pm
@thack45,
I think the problem is that there are types of socialism and americans don't begin to grasp that, including me, not being a political science whiz, just a reader. I gather his so called socialism is mild and posssibly right up my alley if I knew more. It's probably what I already think and have thought for decades. I should read up.
0 Replies