Are you left, right, or center?

Forums: Politics, Political Preferences, Left, Right, Diagrams
Email this Topic • Print this Page
Reply Wed 22 Aug, 2012 04:01 pm
Have we done this before? I've seen it before, but not lately. Here's mine. http://www.politicalcompass.org/

This chart may alter if new policy positions emerge during the campaign. For further information on the chart, please see our FAQs, especially these ones.

0 Replies
1
Reply Wed 22 Aug, 2012 05:25 pm
I've done this before, twice or maybe three times, and have come out similarly, but I'm happy to see if I've maneuvered into some startling new point on the compass. Not that I have saved the other compass tests to compare - but at least one of them was earlier on a2k.
Back in a while.
0 Replies
1
Reply Wed 22 Aug, 2012 05:35 pm
@ehBeth,
I'm striving for the Dalai Lama 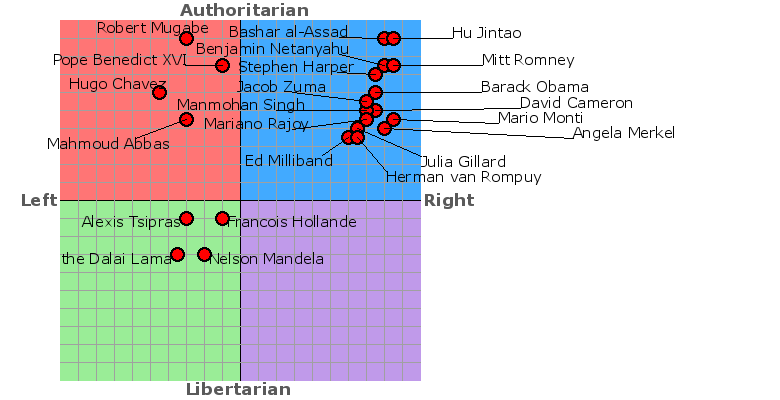