These are the consequences of "crying wolf" or in his case "spewing bullshit".


Being a contrarian, which oft times has meant being ahead of the opinion curve. For instance here at A2K from me is where most folks around her prob heard comparisons between the London Riots and the Middles East revolts, but now many commentaries head that way. Not going with the herd tends to not win me many friends .
1 Reply
6
Reply Wed 10 Aug, 2011 07:29 pm
@hawkeye10,
Quote:

Being a contrarian, which oft times has meant being ahead of the opinion curve.

That is very true in many cases.

But there is a difference between being a contrarian and being a drama queen, for instance attempting to link whats happening in England to whats happening in Libya, I'm sorry but that's just taking it to far. You seem to revel in blowing everything out of proportion. Maybe if you toned it down a bit people would be more willing to listen. But that's only my opinion which I'm pretty sure you aren't interested in especially if it doesn't coincide with yours.

There is a very long tradition of social commentators being deliberately provocative, the reason for this is not some petty desire to draw attention to ourselves but rather a desire to see the questions fully explored with vigor, for the benefit of all.
1 Reply
4
Reply Wed 10 Aug, 2011 07:41 pm
@hawkeye10,
Quote:

There is a very long tradition of social commentators being deliberately provocative, the reason for this is not some petty desire to draw attention to ourselves but rather a desire to see the questions explored with vigor, for the benefit of all.

I'm all for that but common sense has to be in there somewhere, for instance I could have compared David Cameron to Bashar al-Assad, now that would have been provocative but I didn't because it would also have been ridiculous. Like I said there has to be a basis of common sense involved.
1 Reply
-2
Reply Wed 10 Aug, 2011 08:43 pm
@eurocelticyankee,
Quote:

If you should ever see me say something that sounds outrageous let me know and I will walk you though the argument, with supporting evidence. You might not agree with me, but you will then know how I get from point A to point B.
1 Reply
-2
Reply Wed 10 Aug, 2011 08:53 pm
@hawkeye10,
Quote:

Two competing political narratives have already emerged to explain what happened. That Tory spending cuts led to exasperation and explosion in poor and neglected communities. Or that Labour coddling of the criminal and the lazy allowed for a culture of personal irresponsibility.
Whichever it is, each amounts to an admission of a "Broken Britain." Cameron helped popularize that term when campaigning to oust Labour, after it had governed from 1997 to 2010. And he won. Now, it's his to fix.

There is also the Abu Ghraib explanation which has been all over this thread.....that what we have here is some low ranking criminals, it is all their fault, none of this could have been expected no matter how much and for how long these individuals have been ignored and lead astray by the rest of us. WE HAVE NOTHING TO DO WITH WHAT WENT WRONG, DONT LOOK AT US!
1 Reply
3
Reply Wed 10 Aug, 2011 11:12 pm
@hawkeye10,
So magistrates are doing overtime and night shifts now - but what happens with those kids afterwards, when they are in prison resp. leave it?

IDK, what ever it is needs to convince them that the country cares about them, and that they have a shot at a better life if they work hard and play by the rules. That some Tory party sympathizers go so far as to describe them as feral humans does not leave me with a sense of optimism that this is possible, but they must give it a go. I am adamantly opposed to throwing away humans.

EDIT: I am well known to be against aid to Haiti at the moment, or to Africa, the difference is that these people have become addicted to aid and are not willing to help themselves, and have proven it over decades. The throw away class of London is so new that we still argue whether it exists or not, they have not yet proven to be unwilling to conform to standards, unwilling to help themselves. Even with the Haitians and Africans I am ready to go to help out when and if they ever decide to want a better life enough to do the work it takes to get there.
1 Reply
1
Reply Thu 11 Aug, 2011 02:01 am
@hawkeye10,
hawkeye10 wrote:

EDIT: I am well known to be against aid to Haiti at the moment, or to Africa, the difference is that these people have become addicted to aid and are not willing to help themselves, and have proven it over decades. The throw away class of London is so new that we still argue whether it exists or not, they have not yet proven to be unwilling to conform to standards, unwilling to help themselves. Even with the Haitians and Africans I am ready to go to help out when and if they ever decide to want a better life enough to do the work it takes to get there.


You're wrong as always, it's not an addiction to aid, it's complete mismanagement over the way the aid is spent.

In London, the underlying social conditions are such that this problem will keep coming back. Your help however, is something we could all do without, these kids need positive male role models.
0 Replies
1
Reply Thu 11 Aug, 2011 02:17 am
This morning as I drove to work, I heard David Cameron on AM talking about "restoring order on the streets" by giving the police more power to control the looting & vandalizing rabble.

Then I heard the words of a father, whose son had just been killed when a car mowed over 3 young men trying to protect their neighbourhood street by forming a human barricade in Birmingham. Indescribably sad. "Why? Why?" the father said.

I have very conflicted feelings about what I am seeing & reading & hearing in the news. It's quite confusing. On one hand I thought that Cameron sounded like a pompous, born to rule, ass. Masquerading as some sort of hero. On the other hand I felt dreadfully sorry for the anguish of that father. And also for the desperation of people who felt they needed to put their lives on the line to protect their own homes from the chaos & destruction.

From a long way away from the UK, it seemed to me that we haven't witnessed such division & breakdown in British society since Margaret Thatcher's Tories were in government. And perhaps it's a bit of a stretch, but maybe those very young rioters (not the hardened criminals, nor the riot organizers with blackberries) are feeling the same sense of disillusionment, powerlessness & futility as their counterparts in Thatcher's Britain?

Maybe those very young people rioting on the streets simply feel no meaningful connection at all to the society they live in? Maybe they live in homes where no such meaningful connection exists? Maybe they feel like the over-looked, discarded dregs of "polite" British society? Not that they could articulate such grievances. Maybe any feeling of power (even destruction & looting) feels better than having absolutely no power or any hope at all?

Maybe it is time for those who hold power to actually take a good, hard look at the lives of these young people & their families & communities? Maybe, instead of yet more repression, the focus should be on bringing the alienated communities back into the fold of society? ... I certainly can't see any solution through yet more repression. You can only push people so far.

Me, I wish the anger, frustration & futility of these young people could be channeled into political action. To change the society they live in to a fairer, more compassionate one, because I'm pretty sure the society will not change (especially under the current government) in any other way. But that would require education & hope, inspiring leadership leadership & a belief that things could actually change.

No No, people are queuing up to get into Australia these days, that's not severe enough.
SIBERIA, I say that will teach them moral values. 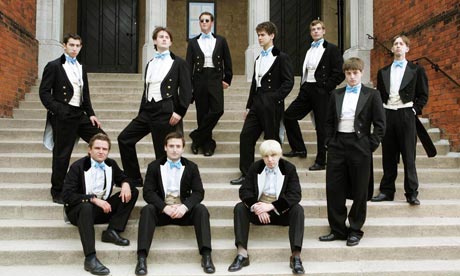 After four nights of the worst riots in decades, Britain's capital is quiet but the aftermath of the unrest continues with courts open through the night to deal with 1,200 arrested looters.

Outwardly the rioting is over but concerns continue to mount over the many ethnically segregated districts battered by the rioting as authorities worry about interracial violence that could be started by the past days and nights of violence.

Police have arrested a 32-year old man of Afro-Caribbean descent accused of the death of three young men of Pakistani descent who were killed in Birmingham on Tuesday night when a car crashed into the group of residents who were protecting a local business from looters.

Respect to the grieving asian father who tried to keep a lid on this.
He deserves a medal, some recognition.
2 Replies
1
Reply Thu 11 Aug, 2011 03:13 am
@dlowan,
dlowan wrote:


You don't find it funny?

I'm seeing loads of blurbs right now from very ordinary every day folk - some of the things that folk say are just so clever.

I'm sighing that there are folk, as clearly seen on this board, who do actually believe that this rioting is for the same serious reasons as what's going on in Libya and comparing the two as a like for like

The UK news is quite delicious for a few who will use it the wrong way. It almost seems as tho certain people delight in all these events occuring in the world - just so they can have a go and say how right they were all along blah blah blah.

I'm all for injecting a little humour and have been reading quite a few satiricals which, sad/weird as I am, make me chuckle.
http://thegoldrush.co.uk/index.php/tag/riot-satire/

There's also a programme over here called Mock the Week, (try and catch a show if you can) and some other amusing programmes too - which make you laugh really badly - to a point where you think, "nooooooooo, you can't possibly say that, no no, you didn't say that out loud did you" as you're sitting there trying to stifle a guffaw and then find yourself chuckling about it a little later too. Terrible at times, but funny. Course, some of it goes completely over my head.

Watching some of the recent interviews, people who will show their faces and speak into the camera - they are quite happy to shout, 'let's riot, let's do this that and the other, it's party time'

I know of a photojournalist - he was in the thick of it on Monday night - as he thinks about what photos to take whilst standing on the heels of the riot officers, he has to retain a sense of humour - capturing shots such as this which is harmless, as such

but also capturing shots that some may find offensive. No doubt there'll be a time and a place to publish them.