When will Hillary Clinton give up her candidacy ? Part 2

We've got some precious idiots here.

I respect Bernie to a point. Like millions of other Bernie primary voters.

You're a sheep, blindly handing another big payday- along with your freedom- to billionaires who laugh at you over cocktails.

You're killing black men at routine traffic stops, siccing dogs on native Americans who're protecting their water, killing people with poison water in Flint, and stripping away your children's privacy. You are responsible.
2 Replies
3
Reply Tue 20 Sep, 2016 07:44 pm
@Lash,
Rather than using the thumbing feature (it does get to be a habit), I'll just use the 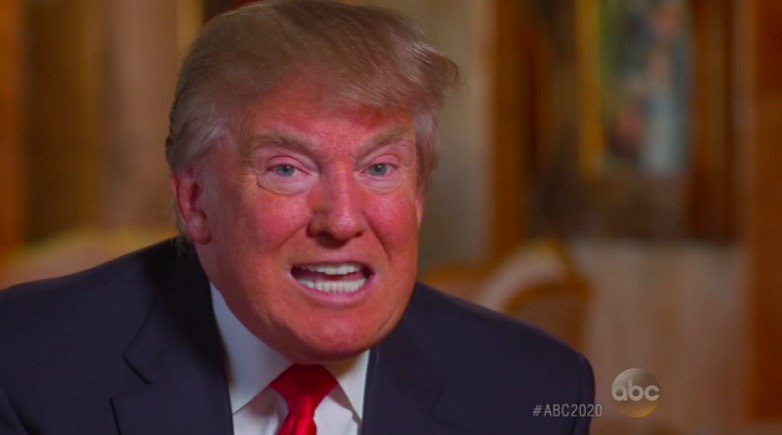 It's redder than these tomatoes.

1 Reply
3
Reply Wed 21 Sep, 2016 01:26 am
@izzythepush,
I am basing my health claim purely on the video from her 9/11 appearance. Stress is the cause of so many factors and I think she is under an enormous amount of stress because of her desire that this her last and only chance to become president.

Trump may be older, but he is also a sociopath who, I believe, got into this race simply as a publicity stunt. He now tastes power, but I do not think the same stress plagues him because his ego is so grandiose that he cannot see anything but himself. Even if he was diagnosed with cancer, I think he wouldn't even believe it. I think he would believe that he can transcend anything.

I just have seen Hillary recently seeming more frail and, frankly it's sad, because I think she is the most qualified (by far) but stress and anxiety can do terrible things to one's body, and I think that the fear that Trump might win really weighs on her, as it should on all the American people.

I think she cares about this nation and if there ever came a time where she truly believed that she physically could not contest the mongrel that is Trump, then I think she would step down and let someone else contest him.
1 Reply
4
Reply Wed 21 Sep, 2016 01:54 am
@saw038,
She had pneumonia, something that can be treated with antibiotics. The right wing press cannot attack her experience or suitability so they attack her health. Like all lies if you tell it often enough it starts to be believed, drip drip drip.

Her health is only an issue in America, it barely gets a mention over here, but even if she drops dead the day after the election her running mate is eminently more qualified for the job than Trump.

I agree with you that Trump is a sociopath, but I don't have an ocean to cushion me from the consequences of a Trump presidency.
0 Replies
0
Reply Wed 21 Sep, 2016 03:45 am
@RABEL222,
I disagree with you and plainly see that we have two horrible presidential candidates. You are squirming around like a pinned worm trying to avoid the reality of Hillary Clinton and the neoliberalism she champions, and your ridiculous avoidance of who and what she is will lead this country into a nightmare transformation.

I'm thinking and looking ahead.

Distain from you is a badge of honor

I believe that is "disdain" teacher.
0 Replies
1
Reply Wed 21 Sep, 2016 05:57 am
Poll: Clinton up 5 points over Trump in Florida
0 Replies
2
Reply Wed 21 Sep, 2016 06:04 am
@georgeob1,
I am not sure what nonsense you are referring to and what gave you the idea it meant a lot to me. If you are referring to my response to Lash, her post just caused a disgust in me because she threw out every hot button issue to progressives without any explanation of how a Clinton presidency would harm or not help those issues. It is not as though Clinton does not have a voting record to by, she does. On most votes, she is pretty locked in step with liberal issues. Going back through her career, she has always been on the side of working families and women and children and a lot of liberal causes. There is no reason to think she would not help those causes Lash listed other than a knee jerk response we often get from Lash concerning Hillary.
0 Replies
2
Reply Wed 21 Sep, 2016 09:56 am
@Lash,
Lash wrote:

I disagree with you and plainly see that we have two horrible presidential candidates. You are squirming around like a pinned worm trying to avoid the reality of Hillary Clinton and the neoliberalism she champions, and your ridiculous avoidance of who and what she is will lead this country into a nightmare transformation.

I'm thinking and looking ahead.

You should try it.


How many poor and sick among us have to suffer needlessly while you stand so high on your pedestal of righteousness?
1 Reply
3
Reply Wed 21 Sep, 2016 10:04 am
@maporsche,
Lash is long term Conservative who claims to have had a Damascene conversion and is now too left leaning for the Democrats. I don't buy it, it fact I think it's absurd. I, and many others, suspect she's a Trump supporter playing Let's pretend.
1 Reply
3
Reply Wed 21 Sep, 2016 10:09 am
@izzythepush,
izzythepush wrote:

Lash is long term Conservative who claims to have had a Damascene conversion and is now too left leaning for the Democrats. I don't buy it, it fact I think it's absurd. I, and many others, suspect she's a Trump supporter playing Let's pretend.


Oh I know. She doesn't give two shits about the people who would be harmed by a Trump presidency. She just simply hates the Clintons. If there has been a conversion to being a liberal (something she was SO vehemently against in the past --- http://able2know.org/topic/275712-191#post-6169035) then she hasn't been able to let go the Republican Clinton-hate.

Its that irrational hatred that is somehow supposed to make us believe that she thinks Trump is a better choice for America.
1 Reply
1
Reply Wed 21 Sep, 2016 11:11 am
What may (or may not) motivate Lash is something only she can tell us. What possible validity could your idle speculations on the matter have?

I recognize that this provides a convenient opportunity for you to villify a person who (ghasp !) holds political views different from your own, and that doing so rquires far less mental energy and knowledge than actually addressing the issues she and others have raised concerning your favored candidates and views. However, I wonder if you recognize how truly contemptable is your back biting behavior on this matter..

I don't share Lash's expressed political views, and don't claim to really know the evolution of her thoughts on these matters (and don't believe either of you really know either). . More to the point I don't feel any need to vilify her as a person for expressing them, and do not see any validity in you two doing so. She is as free to express her views here as are you,

Are things that slow and boring now in the UK ? Have the BREXIT dispute; the ascent of a new government, and the continuing antics of Jeremy Corbyn not provided sufficient distraction?
2 Replies