I saw it on a tv news story.


Did you even look at the link I posted? It clearly states the video was a hoax pasted together with a fetus from a random miscarriage. You're so damned dense that I doubt you will believe anything but Carly Fiorina.
1 Reply
-3
Reply Wed 30 Sep, 2015 08:59 pm
@snood,
Quote:

Did you even look at the link I posted?

It makes no difference. The videos exposed some terrible things, at least for us scumbags. I didn't need anyone to tell me they don't deserve our tax dollars. I am informed enough to realize the supporters of PP(your link) are doing anything to distract from what they done. Fiorina has nothing to do with it
0 Replies
1
Reply Wed 30 Sep, 2015 09:28 pm
@Finn dAbuzz,
I sleep just fine funny finny. And I am smart enough to recognize your lies when you present them.
0 Replies
1
Reply Thu 1 Oct, 2015 01:32 am
@Finn dAbuzz,
Finn dAbuzz wrote:

I'm never anglophobic. I don't know how many times I have to tell you that.

Actions speak louder than words, you're like a racist who only uses the n word to describe the black people he doesn't know.

We were talking about Iran, you took that as an opportunity to attack Britain, and fantasise about its destruction.


You hope that millions of innocent people will be killed in a nuclear meltdown. 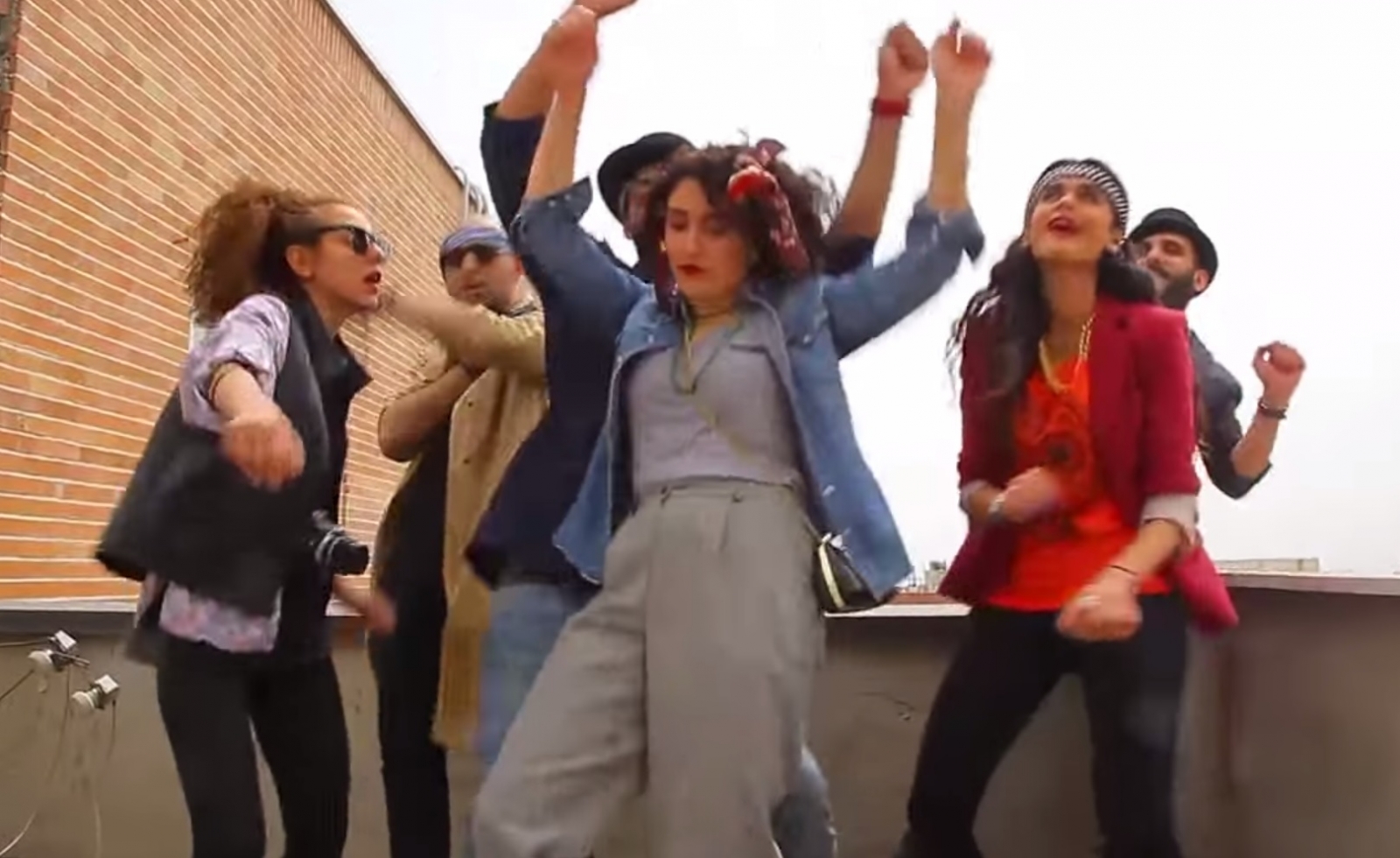 Then he gives the entire UN assembly the stink eye for three-quarters of a minute.

It's unsettling that someone with this level of paranoid psychosis is at the helm of a nuclear arsenal.
3 Replies
1
Reply Fri 2 Oct, 2015 01:47 pm
@InfraBlue,
Guess he has his own private view of himself. Probably thought himself real intimidating.

It's unsettling that someone with this level of paranoid psychosis is at the helm of a nuclear arsenal.

I think it is more unsettling giving a nuclear bomb to a regime that thinks a Madi has been hiding in a cave for 800 years waiting to come out and end the world.

Sure, but Jews are not special

He reminds me of a child whom, after stomping his feet and hollering to get his way--and being denied--is now attempting to use guilt as a last resort.

And I think I heard that only one of these brave warriors has joined the fray against ISIS. But whisper in my ear Osso the name of the president who approved this plan.

To be fair to President Obama, we have only a selection of bad options before us when it comes to Syria, and he does seem to be choosing the "least bad" options.

It's unsettling that someone with this level of paranoid psychosis is at the helm of a nuclear arsenal.

The only people who need to be unsettled about Israel's nuclear weapons are people who hope to destroy Israel.

He reminds me of a child whom, after stomping his feet and hollering to get his way--and being denied--is now attempting to use guilt as a last resort.

Hardly guilt. He was staring down Nazi scum the same way any other moral person would do.

BTW thanks for your welcome back.

My computer is almost dead. I might soon be away for a month or so until I get a new one built.

I'd like to wait until RAM availability becomes a bit more reasonable before I start buying stuff (everything just switched to a new type of RAM a month ago, and supplies of the new stuff are limited right now).
0 Replies
-2
Reply Sat 3 Oct, 2015 10:52 pm
What is really going on.

The Elephant In The Room
By: Yigal Carmon*

On September 3, 2015, not two months after the July 14 announcement of the Joint Comprehensive Plan of Action at Vienna and its celebration at the White House and in Europe, Iranian Supreme Leader Ali Khamenei dropped a bombshell.

In a speech to the Iranian Assembly of Experts, he backtracked from the agreement, demanding a new concession: that the sanctions be "lifted," not merely "suspended."[1] If that term is not changed, said Khamenei, there is no agreement. If the West only "suspends" the sanctions, he added, Iran will merely "suspend" its obligations. Giving further credence to his threat, he announced that it is the Iranian Majlis that must discuss and approve the agreement (or not), because it represents the people – when it is well known that the majority of its members oppose it, and Iranian President Hassan Rohani made every effort to prevent such a discussion in the Majlis from taking place.

Adding insult to injury, Ali Akbar Velayati, senior advisor to Khamenei and head of Iran's Center for Strategic Research, said on September 19 that the negotiations, concluded and celebrated less than two months previously on July 14, are actually "not over yet."[2]

Khamenei's demand to replace "suspension" with "lifting" is not just semantic. It is a fundamental change, because the snapback of sanctions – the major security mechanism for the entire agreement – cannot take place with "lifting," but only with "suspension."

Ever since Khamenei dropped this bombshell, the Western media has maintained total silence, as if this were a trivial matter not worthy of mention, let alone analysis.

One might understand this reaction on the part of those who support the deal. Perhaps they are shocked, at a loss, and therefore hope that if they pretend they don't see it, it doesn't exist. Indeed, this is the futile policy regularly adopted by ostriches.

However, one cannot but be astounded by the silence on the part of the opponents of the deal, including – oddly enough – Israel and the U.S. Republicans. One would expect these opponents to pounce on Khamenei's statement and raise hell over Iran's infanticide of the two-month-old agreement. One would expect them to bring it to the forefront of a new debate over the deal in any possible forum – in the U.S., the U.N., and the E.U.

It may be that these opponents believe that the agreement is a done deal that cannot be stopped and that the current U.S. administration will follow through with it no matter what. This approach reflects not realism but ignorance. Obviously the administration wants to follow through with the deal. But the deal is no longer in its hands. It is Khamenei who is throwing a spanner in the works, declaring that he will not implement the agreement that the West believed it concluded on July 14.

In order to get Iran to implement the agreement, the language of the JCPOA will have to be changed and a new Security Council resolution will have to be passed. While in theory this would not be impossible, it would require a new process, entailing, at the very least, a public political debate in the West – one that would reveal Iran's unreliability as a partner and would cost valuable time. And time is not on the side of the U.S. administration.

Right now, Iran is exposed almost daily as the ally of Russia against the U.S. Three months after the "historic" agreement declared by the White House, Iran continues to seek "Death to America," and the Iranian foreign minister, the "hero" of the agreement, needs to apologize in Iran for "accidentally" shaking hands with the U.S. president. The truth of the agreement is emerging, and it is not certain that what Iran is now demanding will pass.

Interestingly enough, the White House's first reaction was to brush off Khamenei's demand. Iran, said Josh Earnest, should just do what it had undertaken to do in the agreement, and stop roiling the waters.[3]

A more sober response followed. There was hope that the meeting set for September 28 between the P5+1 and Iranian foreign ministers, on the margins of the 70th session of the U.N. General Assembly, would produce a solution, but this hope was in vain. Iranian President Rohani fled back to Iran, on the pretext of the hajj tragedy in Mecca, and no one in the West knows how to proceed.

The Western media, for its part, is perpetuating its total blackout on the issue, hoping perhaps for a miracle in the secret U.S.-Iran talks, which this administration has been conducting for years. But even a secret U.S. concession will be no solution. Even if it were to offer a secret commitment to remove the sanctions altogether, Khamenei will not be satisfied. He openly challenged the U.S., and he needs its public capitulation. He will celebrate publicly any secret concession. Moreover, any new U.S. concession will prompt Khamenei to make ever more demands.

The most recent developments, and the emergence of Russia as a new-old contender for power vis-à-vis the U.S. in the world, particularly in the Middle East, will only encourage Khamenei to cling to his tried and true ally, Russia. Indeed, this administration has no objection to Russia's resurgence in the Middle East, but Russia's blatant anti-U.S. stance in every venue except in the private, honeyed Putin-Obama talks will ultimately lead even the blindest of Democrats to realize that Iran is indeed an enemy of the U.S. – as Iran plainly declares – and that any further concessions to it make no sense.

It seems that the worst nightmare of the supporters of the deal – that Iran will do away with the July 14 agreement – is about to come to pass.

http://www.memri.org/report/en/0/0/0/0/0/0/8778.htm
1 Reply
-2
Reply Sat 3 Oct, 2015 11:04 pm
@coldjoint,
Not to mention after Gadhafi and Ukraine got nothing from the West for giving up nukes despite extensive promises to the contrary there is no way the Iranians are going to be dumb enough to fall for the same trick. We got almost nothing in the deal, because there was almost nothing to get. We have MAYBE 15 extra years to get ready for a nuclear Iran, and no extra time to get ready for an russia/iran/chinese partnership openly hostile to the West by the looks of it.

It was pathetic how Obama thought that he was going to the UN in triumph with this deal in hand, but in less than a week found himself completely blindsided by Putin out performing him in the exercise of power. We the United States got humiliated, just as we have been by ISIS, the allegedly JV terrorist organization that Obama cant do anything about on the ground so his intell people send him phony intel reports so that he can feel better about himself. It is embarrassing.
1 Reply