Forums: News, Politics, Gabrielle Giffords, Shooting, Assassination
Email this Topic • Print this Page
2
Reply Tue 11 Jan, 2011 10:47 am
@farmerman,
I just went to her website, its still there. However, given the circumstances we are learning about tragic shooting Saturday, there really is no connection.

Suppose I say something equally dum about u.

Go ahead if you want to, you won't be the first or the last.

Anyway, it was not a foolish thing to say, but totally accurate given every response you have after a shooting occurs.
1 Reply
0
Reply Tue 11 Jan, 2011 10:58 am
@revelette,
David wrote:

Suppose I say something equally dum about u.

Go ahead if you want to, you won't be the first or the last.

Anyway, it was not a foolish thing to say, but totally accurate given every response you have after a shooting occurs.

Hysterical drivel; look, if u wanna say something in particular,
to challenge anything that I said, then do it.
We can discuss it,
but broad, vague pointless denunciation is futile and in vain.

U are just mad because I do n't agree with U.

My advice on this topic: Turn off the television.


Maybe you could paint your television with a cross-hair and shoot it. 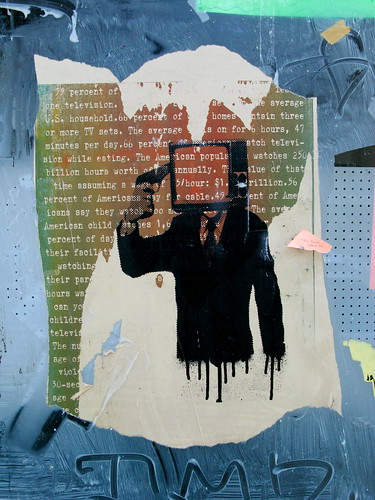 Regarding the gun conversation, see here -

There's no need to get your panties in a bunch over anything.

no dave, that's the logical end result of your philosophy.

It does u no credit to utter such broad, vague and general statements.

It is easy to disprove that nonsense, to wit:
before the anti-gun frenzy of the mid-1900s forward, what u allege is the result
of my filosofy of laissez faire freedom of gun possession did not occur. Indeed, in Vermont,
which has never had gun laws, it has always
been among the very safest States of America,
according to Annual F.B.I. Statistics.

If your foolishness were accurate,
then lead slugs woud be flying thru the air of Vermont
thicker than mosquitos in a swamp and the same thing
woud have happened in Alaska after it repealed its gun laws.

see, that didn't take long...
1 Reply
8
Reply Tue 11 Jan, 2011 11:22 am
The witnesses said that this clown went up to the Congresswoman and shot her, and then turned his gun on the rest of the crowd. Does David suggest she should walk around with a gun in her hand, and shoot down anyone who walks up to her?

That stupidity, which he dragged out at the time of the Virginia Tech tragedy makes two idiotic assumptions. The first is that having a gun in your hand automatically means that you'll use it effectively. The second is that people can see and respond to threats in a fraction of a second. This is real life, not the movies. How many would have been killed and wounded in Tucson if there had been 30 shooters, insteaad of one?
0 Replies
-2
Reply Tue 11 Jan, 2011 11:23 am
@Cycloptichorn,
Cycloptichorn wrote:

Regarding the gun conversation, see here -

There's no need to get your panties in a bunch over anything.????

I 'm tranquil n serene.
I know that the good guys, the Freedom Lovers, are dominant
in Arizona, in the US Congress and in the USSC.
Happy Days are here again

(Thank u for your concern.)

If you don't want people to think you're obsessed with guns, maybe you should try not talking about them constantly.

"and I'm sure you can handle coming up with something dumb to say to him... "

Is that an attempt at humor?
I take it that u don 't wish to argue the issue.

In that case, why do you keep going on and on about guns?

Y the hell NOT??
I LOVE guns and I love to argue about them.
Being serene does not prevent anyone from arguing about guns.

Half of your posts in this thread are about guns and the legality of them.

SO WHAT ??
I 'm answering other guys' posts on the subject.
There is nothing rong with that.
That is what this forum is for.

If you don't want people to think you're obsessed with guns,

maybe you should try not talking about them constantly.

I 'll do what I damn well please.

If you don't want people to think you're obsessed with guns,

In that case, don't be surprised when many here dismiss your views entirely. Because most people have a dim opinion of those who are obsessed with guns. It's a sign of a problem, David. Not a normal thing at all.

If everybody was peaceful and there was no gun crime Dave's real reason
for his obsession would be exposed. He needs the shooters.


What is the "real reason" ??
Inquiring minds wanna know.

David
2 Replies
1
Reply Tue 11 Jan, 2011 12:06 pm
Tea Party democracy:
I disagree with you, and if I cannot get enough of my fellow citizens to join with me and vote you out, I will shoot you dead.
1 Reply