A good cry on the train

Forums: Divorce, Joenation, Relationships, Grief, Community
Email this Topic • Print this Page
2
Reply Mon 18 Aug, 2008 11:03 pm
@martybarker,
Funny! I got a card recently that said: "There are women our age who run marathons! And I say: "Good for you!" Leaves more Margaritas for the rest
of us!

Spendius, you are thisclose to being ignored.

0 Replies
2
Reply Tue 19 Aug, 2008 04:14 am
Just a hint Joe.
US WOMENS BEACH VOLLEYBALL today.
Beats the crap out of those other programs that shall n ot be mentioned further.

Hey I only put that bit in about the marathon distance to give Joe a smile and a bit of a distraction.

It's true though, no matter what your drinking companions might think.

I detect a positive bounce in Joe's latest posts. This is good. He's not yet come up with "and mind the door doesn't hit you....." but I feel it's not far off. I credit white-noise High Seas for this, and Thomas, possibly Kicky too.
1 Reply
3
Reply Tue 19 Aug, 2008 12:49 pm
@McTag,
McTag - any initial credit for the bounce is automatically awarded to Joe. (who's sure to know, btw, that the first marathon in modern times was run in the 1896 Athens Olympics).

Any additional credit however cannot be attributed to white noise, as Joe inadvertently indicated, because the noise wasn't really Gaussian. Admittedly I blanketed all known frequencies at top volume (just as he said) but stealthily included a detector of an a priori spatially distributed target with a distinct scatterer density.

For the non-mathematically-inclined among us, that means sitting down with friends who pat you on the back, buy you drinks, and strongly reiterate their deeply held conviction you're one of the greatest and best

For the non-mathematically-inclined among us, that means sitting down with friends who pat you on the back, buy you drinks, and strongly reiterate their deeply held conviction you're one of the greatest and best

What kind does he prefer? 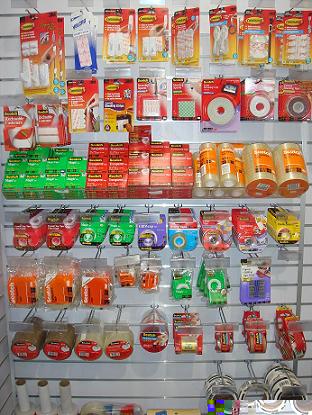 
So she called early this morning and asked if she could come and get the cats.
"Sure." I said.
I should tell you all that one of the cats, Ruby, is about as wild a cat can be and still be a housecat. She will allow L to give her a drip of ice cream on the carton lid, but not to stroke her back. I am allowed (after months of training) to pet her head and rub her back, but only two to four times. Neither of us has ever picked Ruby up, not that she would allow such a humiliating experience to occur. We often said if there was a fire, we would grab Max (the other cat who thinks it is her job to be petted.), the Suzie Orman Big Book of Your Most Important Crap and the hidden money stash. Ruby would be left to fend for herself.

I didn't want there to be any problems. I wanted the kitties to be okay. So, for the past two nights when I fed them, I put the food bowls inside the cat carriers. Nothing doing for the first five minutes from Ruby, but Max happily gobbled hers and then, backing out, headed over to the other carrier to see what was up. Ruby, uh, elbowed her out of the way and streeetched inside the carrier to get to the food, leaving her hindend outside. I knew that wouldn't work.

As luck would have it, I was roasting a chicken. As soon as it was done, I took many chunks of chicken leg over to the carriers and, as soon as a cat arrived, I would toss the piece waaaaay into the carrier. Like a charm, my friend, Ruby went all the way, time after time after time. Then I tried it with Kitty Fish Treats. Um. Not so much. Lots of hesitation and giving me the eyeball, so it was back to thigh meat. Yes. I am the Judas Goat.

So I told L how to hold the chicken piece where the Rube could see it and toss it way in.

The cats were gone when I got home and there was a nice note saying that I was a genius. duh.

==
On my bookcase there is a little clear box containing a copper belt buckle and a jade heart charm my father made in his "metal-working as a hobby"life. It now also contains my wedding ring. I haven't had that ring off more than five times in twenty years. I hadn't had it off for five minutes when my left thumb started asking my third finger where it was.

It will take some getting used to.

You need someone to taunt with your chicken thighs!

There are lots of homeless cats who think it their job to be stroked and fed chicken thighs. I bet that if you were to hang out at the shelter for a few minutes, one of them would adopt you and allow you to take it home with you.

Just think of how much you'll miss like the sound of dainty paws flinging cat litter across the bare floors in the middle of the night, Joe. That vacant cabinet will have plenty of room in it to hold a new set of cat toys too.
0 Replies
2
Reply Tue 19 Aug, 2008 07:29 pm
@Joe Nation,
Joe(cool)Nation...

I read you always, and have walked / staggered the path you run.

One must recover from either to be able to fully see again.

Take your time, and a new cat should prolly come first...

It doesn't have to be quiet, you know. Turn on the TV...and watch something you LIKE for a change. (I hate the programs you mentioned, too. Just think...you'll never have to suffer through them again.)

Hey, the Olympics are on!

Emptiness inside is a feeling that comes and goes - one minute you feel fine and as tho the world is calling, next you feel so much lonliness that an hour feels like a lifetime - wandering around the place looking for something to do in a deafening silence. I can't promise you that it get's better - but I don't know of anyone in the situation you find yourself in right now that hasn't felt better with time.... tho that is of no consolation at at all for you at this time. Bit like getting off the crowded "normal" train onto an empty platform and waiting for another train to come in to take you to where you're going next and not having a timetable.

She got the cats in the cages, called the car service, went doorstairs, car came, she got the cages in the car and said "Crap. I forgot the feeders and the litter box!" This was the only cliche in the better -planned- than -D-day -operation. She left the driver with the cat carriers (i'm sure he was thrilled) came back upstairs, grabbed the litter box, water dispenser, food tower and raced back down to the lobby. (Movie starring -insert madcap comic actress name here- to open mid-summer next year.)

Anyway, she wanted to know if she should keep the keys to the co-op in case of emergency ( and she still owns half).

I replied that I had a Marathon Meeting to go to tonight (I'm not running it this year, I want some of the free sunglasses.) Could she please come get the rest of the frozen edamame beans (her favorite) and drop off the keys because ....well, because I would just feel better.

She said she was working late but would call me when she was leaving.

The coast will be clear.
====
I'm trying not to be petty or mean. I thought about leaving my wedding ring in the bathroom where she would see it. I thought about putting the t-shirt she got me from the Utah Shakespeare Festival this past July on top of the Toss Out pile she left in the living room.
The ring is in the little box way up on the shelf.
The shirt IS on the pile, but now I'm wondering if there are any Shakespeare fans here, you can have the shirt, I'll send it to you.

I'll wait until I hear from you.