Forums: Health, Medical, a2kers, Potassium, Mrshamburger
Email this Topic • Print this Page
1
Reply Fri 28 Feb, 2020 09:31 am
@Fil Albuquerque,
the real issue with atrial fibrillation (Im not diagnosing just guessing), is not to get a blood clot. I take Warfarin cause they couldn't convert me down to a continuously stable heartbeat). has your doc given you a blood thinner or have you gone for a laser ablation? (only good if you don't have a valve problem).
Come on, that's what docs are for. I believe we oughta have docs available and they d get paid like the Egyptians system

2 when you're sick you don't pay, until you get well.

I don't know how they handle diagnostics that tell you you're sick.
Wow, that could be a get out of jail free scam for doctors
2 Replies
2
Reply Fri 28 Feb, 2020 09:38 am
@farmerman,
PS, If my journey through the health care system can be of use to others , Id appreciate hearing. Atrial fib can be controlled AND, if all else fails, it can be lived with comfortably, just avoid side effects. ALL these pieces of information are less than say 40 years old. When my uncle died of a stroke when he was 48, it was due to atrial fib. Today he could have been saved by a clot buster and a life of Warfarin ( that's rat poison but coumadin is the human drug name)
3 Replies
1
Reply Fri 28 Feb, 2020 01:20 pm
@farmerman,
Jumping in. There is a better option for Coumiden, can’t think of the name right now. It’s not affordable unfortunately, except if you are covered by the VA.

The big benefit to this drug is that you don’t have to keep checking your INR.

I’m actually at the VA right now. Later on I’ll try to remember the name of that drug.
1 Reply
1
Reply Fri 28 Feb, 2020 02:04 pm
@chai2,
some of the "no INR" drugs have interactions with other meds. Coumadin just is a PITA
1 Reply
1
Reply Fri 28 Feb, 2020 02:38 pm
@farmerman,
After months on Warfarin, including the weekly stabbing for blood, my doctor put me on Xarelto. My blood vessels in the lower legs has just about always been bad. Blood clots have threatened my life more than once and now I have this to assist me in getting to the next day.

Insurance covers most of the cost.
0 Replies
3
Reply Fri 28 Feb, 2020 02:53 pm
@farmerman,
Afib is a condition that affects an increasing fraction of people past age 70: it is also being diagnosed in a fast-growing number of patients, as faster, quicker and cheaper alternatives to electrocardiograms become widely available, and as awareness of its contribution to strokes rises among medical practitioners.

There are drug and electrical shock remedies that are often successful in getting Afib patients out of that condition - often permanently, or at least for a long time. However, most cardiologists consider that any occurrence of Afib, even if eliminated, still requires the permanent use of blood thinners.

Eliquis is the alternative blood thinner to Warfarin. It is expensive, costing about $500/month. It advertises fewer adverse side effects than warfarin, but is no more effective than it.

An alternative new treatment is the installation of a "Watchman device" which seals off the left atrial appendage in the heart (which has no particular function) and removes the need for permanent blood thinners. The theory is that the clots that form as a result of Afib nearly always occur within the Left atrial appendage of the heart, as a result of the eddy currents that form within it, due to the irregular heart rhythms. My understanding is that this is the standard treatment for patients who don't tolerate the blood thinners well.

I was diagnosed with Afib a couple of years ago. My internist gave me similar advice to that described by Farmerman, however I consulted a cardiologist who urged me to get a "cardioversion"(shock treatment) to stop the Afib. I did, and it was immediately successful - a few weeks after the first incidence of Afib, I was out of it and have remained so since then.

I then found out that they still required I take the blood thinners, even though I was out of Afib, and, with constant monitoring from an Apple watch, reliably remained so. I'm very active physically, and after a few months experienced internal bleeding in one knee joint as a result of the blood thinners. Just a little blood in a joint like the knee causes intense, continuous swelling and pain. After a couple of months off the blood thinners I recovered, but the whole thing repeated itself a few months later. The next step was a Watchman device which was installed a few months ago. I'm off the Eliquis, back at the gym and have resumed all my normal activities. OK so far.

I hope this is helpful to you, Farmerman. I wish you the best.

some of the "no INR" drugs have interactions with other meds. Coumadin just is a PITA

Oh yeah, you'd have to check w/ doctor re drug interactions. But Kirk liked it so much more than C/W.

His INR was always all over the place.
On eliquis he could eat what he liked.

Where's my grandmother when you need her?
1 Reply
1
Reply Fri 28 Feb, 2020 04:12 pm
@Roberta,
Who’s been inhaling chicken soup? Not Farmerman, I hope?
1 Reply
1
Reply Fri 28 Feb, 2020 05:16 pm
@georgeob1,
They trid cardioconversion 3 times I was at several national Rd facilities on cardioconversion. They couldnt make it "take" and we reccommened no more attempts as they were getting uncomfortable with the tv in the garden hose pictures I was conjuring.
Im not in any discomfort and as long as I can maintain an INR at +2 to +4 micro equivs. Im ok.

I wont have any futzin with my vegus , I dont feel they've got their acts together (I talked with some really highly recommended guys from Cleveland/Hopkins/ and Jefferson.
Ill just keep on keepin on and watch diets for blood thinner foods(Im doing some independent work on vitamin k "Killers" within certain seafoods. Many of these, Ive found out, are present in the bloods of extreme antarctic sticklebacks and cuttlefish.AND, to my dismay CALAMARI because I suffered about of bleeding from my ureter. The stickleback blood has an interesting relationship to some of Carrolls's old work on clotting trains that are a bit if a problem to the old Creationist /ID worldview because it is apparently such a ubiquitous series of substances in blood enzymes
0 Replies
1
Reply Fri 28 Feb, 2020 05:18 pm
@chai2,
Ive got a friend on Eliquis. My insurance covers it because its overall a cheaper way because The labs dont hit em up for lab costs every 3 weeks (or more when I make changes like TAKING this "Mycin" Ive been prescribed
1 Reply
4
Reply Fri 28 Feb, 2020 05:26 pm
@Borat Sister,
Berta and Boratta
I dont wanna discuss things like chicken soup too much. My feathered girls in the barn may stop laying eggs . Even when our chickens are done with egg laying and go into henopause we will let them live out their lives as old yenta pets. They follow me around and eve done a major upgrade of the chicken quarters . Its now predator afe and weve got a monitoring system and two donkeys whove taken on the roles of the Druga Ojcezc. THey are the czar and czarina of fox stomping .

0 Replies
1
Reply Fri 28 Feb, 2020 05:31 pm
BTW, this started out as mostly a bitch about this virus I picked up , called RSV. Apparently its the renamed upgraded, techy sounding name for THE CROUP.

Im pretty much getting over it and Im getting weller and my fever is almost gone. The only thing Im dealing with is a productive cough that intensifies if I lie down.
My wise -ass doctor tells me "well dont lie doown sleep standing up"
2 Replies
2
Reply Fri 28 Feb, 2020 05:57 pm
@farmerman,
Quote:

Ive got a friend on Eliquis. My insurance covers it because its overall a cheaper way because The labs dont hit em up for lab costs every 3 weeks


I know. That's such bullshit, the lab costs I mean.

Kirk would just stop by his cardiologists office every few weeks and the nurse would just take a pinprick of blood, like you do to check your blood glucose, and put the strip in a gizmo like a glucose monitor, and they knew in like 4 seconds what the INR was. Sometimes I'd be with him, and the entire process took like 30 seconds, most of that taken up with him flirting with the nurse.

They must have charged something I guess. Not so's you'd notice.

I can't imagine how a lab would be charging enough to make doing that more expensive than the eliquist.

The thing they use to check the INR was exactly like a blood glucose monitor, a blood sample strip, and a jab with a lancet.

It's a good thing yours stays in range.
1 Reply
1
Reply Fri 28 Feb, 2020 07:21 pm
@chai2,
Im a candidate for a new "Home INR"". The light is like a densitometer. It times the length it takes to produce fibrinogen of enough fiber mass to block 10% the transmission oof a specific wavelength of light. Everyone knew the point. Weve had field antibody testing for years based on the same thing.The labs have to add a diluent so the blood doesn't clot on the wy to testing. Then they have the cojones to harge for all the lab "QA" they had to do while they were having coffee.

I say, EVERYBODYcan easily learn how to do their own INR using a thingy like a swimming pool chlorine color comparator . NOO I have to become a "test subject" and will be required to come into a lab next 6 months and do a double comparison. Me versus thir machine >Ill give em John Henry. 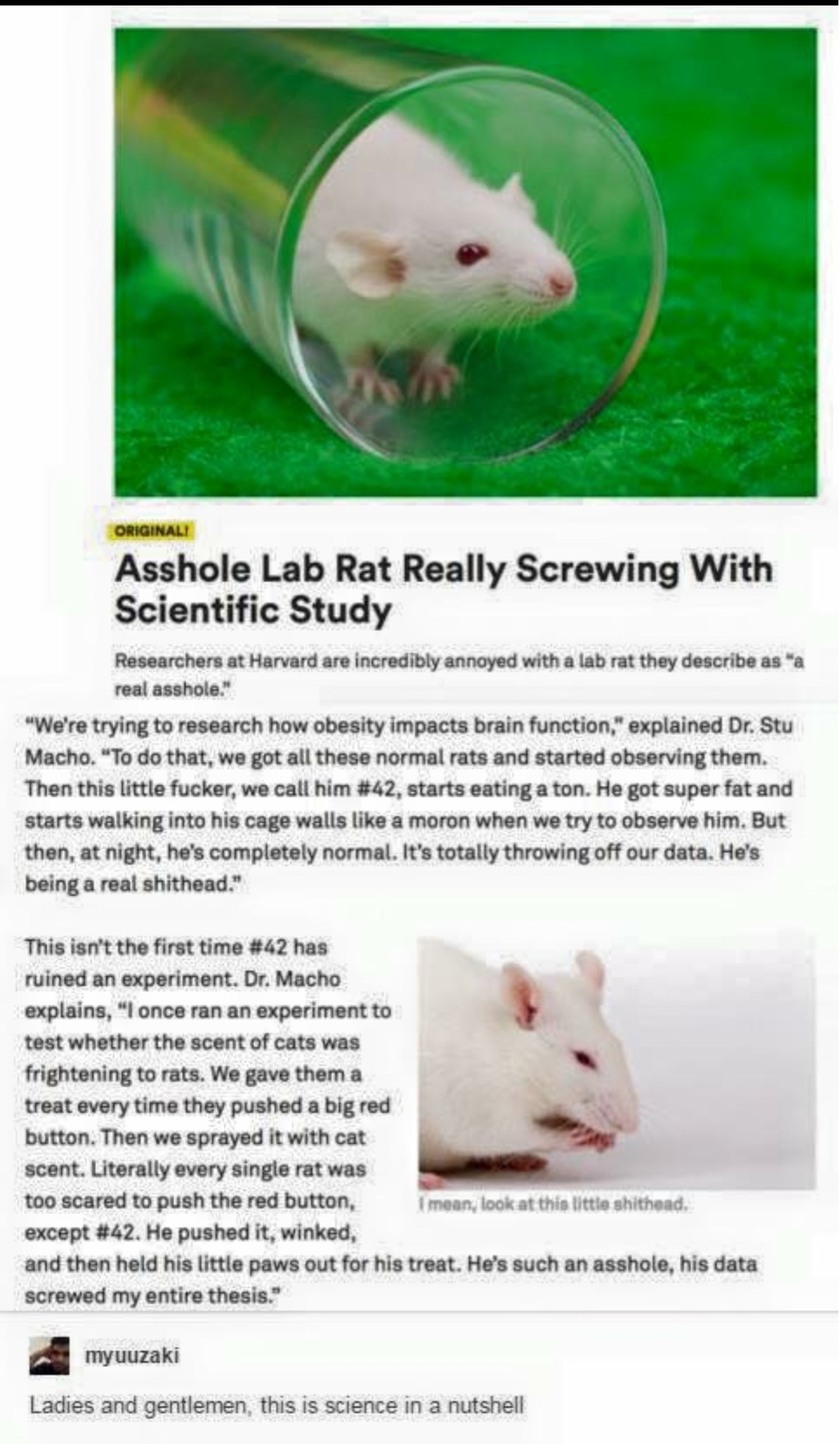