Why is only one side of this story published?

To be clear, I am not "pro-Russia." I am anti-war, but I've seen a disturbing amount of monolithic thought. Right wing? Left wing? Nope, Russia sucks, how dare it invade Ukraine.

That's what this says (which appears to be a sort of open letter from Russia to the West). But even before I read this, I was like "Why the hell should we care what happens to Ukraine? We shouldn't have gotten involved!" 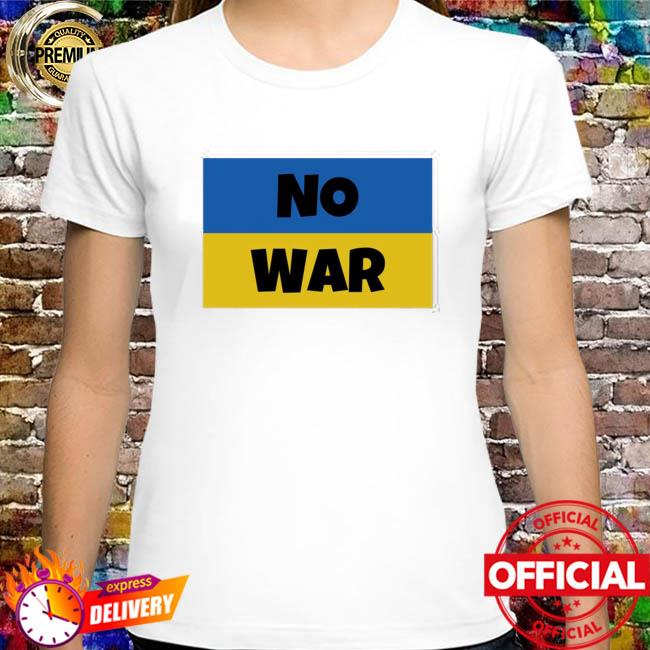 You really want no war? Then don't oppose Russia pushing back when we try to make Ukraine part of NATO.

"It seems to be because Ukraine as a buffer state is joining NATO, and Russia sees it as encroachment. " Ukraine is not a 'buffer state' and it is not 'joining NATO'.

You really should do some reading on the background and until then stop making statements you can't back up.

1 Reply
-1
Reply Sun 13 Mar, 2022 08:43 pm
Itâ€™s incredibly unpopular to express a view outside the popular narrative. One longstanding member here did and was hounded until he decided to leave today.

Look on Amazon. There is only t-shirts saying "**** Russia." None of them say "**** Ukraine." Or even anything close to... ummmm let's forget about this war?

That's called commercialism. Shirt makers are putting out what they think their customers want to buy. If you think they are missing an opportunity, you can put out your own shirts. Honestly, there are probably plenty of shirt makers saying "**** Ukraine", they are just in other counties.

To be clear, I am not "pro-Russia." I am anti-war, but I've seen a disturbing amount of monolithic thought. Right wing? Left wing? Nope, Russia sucks, how dare it invade Ukraine.

To be clear, Ukrainians are not bombing Russian towns and cities or targeting Russian civilians. If you are truly "anti-war", hard to see how you are not anti-Russian right now.

Ummmm, do you even know what sort of government Ukraine has?

Yes, a democracy. You know, where the leadership is elected by the people and has to stand for reelection?

"Why the hell should we care what happens to Ukraine? We shouldn't have gotten involved!"

Because after Ukraine and Belarus fall, the next countries in line are allies and that's WW3.

You really want no war? Then don't oppose Russia pushing back when we try to make Ukraine part of NATO.

Sounds like what Chamberlain said when the Germans annexed the Sudetenland in 1938 before eventually taking all of Czechoslovakia.
1 Reply
3
Reply Mon 14 Mar, 2022 03:48 am
@Lash,
Quote:

I think it often depends on how those views are stated.
2 Replies
2
Reply Mon 14 Mar, 2022 04:01 am
@hightor,
That's how Lash thinks, Putin launches an unprovoked attack in Ukraine and those who say it's wrong are being intolerant.

That's why the Quislings are all congregated here pushing Putin's message.

Amazon has both **** Joe Biden (btw also Let's Go Brandon) and anti-Trump t-shirts, mugs, and hats. You want a Make America Great Again hat? No problem, we got it. You want a Build Back Better hat? We got that too!

Commercialism is politically neutral. This is... strangely lacking in opposition.

There should be money to be made from people in favor of Russia invading Ukraine. But it's almost like the world leaders have decided no business goes to Russia. Ukraine's a member of NATO, and that's that!

No, Ukraine is a buffer state that has just allied with Russia's enemies.
1 Reply
-1
Reply Mon 14 Mar, 2022 07:38 am
@Mame,
No, you're ill-informed. First of all, you can't tell me personally what the information is, you refer me to articles, only you can't tell me what articles either!
Secondly, that's kinda exactly how it's playing out. We have a goofball VP who doesn't even know Ukraine is not part of NATO, who would manage to piss off Russia simply by mistakenly calling it part of NATO,
https://www.louderwithcrowder.com/kamala-harris-ukraine-nato
trying to invoke NATO protection, which is seen as an expansion of territory. In other words, if I'm "ill-informed" this bitch is a clueless idiot who just stumbled into a war of faux pas alone, even before actually acting.

And she continues to bumble through, assuming all the American people want a war. Dear Mr Putin, we don't. Please take over backwards ex-communist-socialist-fangirl Ukraine, and while you're at it, gobble up Afghanistan, because they were better under your authority than that of the Taliban.
1 Reply
-1
Reply Mon 14 Mar, 2022 07:55 am
@izzythepush,
Yeah, that's great, equate me to Nazi sympathizers.

This is not an unprovoked attack, btw. A simple type in "What provoked Ukrain invasion" gives me three articles.
https://www.opednews.com/articles/US-NATO-Provoked-Ukraine-W-by-Scott-Baker-NATO_Nato-Expansion_Russia-And-Us-Conflict_Russia-Bashing-220304-361.html
https://www.hungarianconservative.com/articles/current/the-war-in-ukraine-what-provoked-putin-to-invade/
(This one's particularly informative)
Even the one that insists Russia is not provoked, admits that Ukraine has been saying for years they wanted to join NATO.
https://theendofhistory.net/was-russia-provoked-backgrounder-on-the-russian-invasion-of-ukraine/

The US? Pretend like Ukraine is virtuous, and Russia just invaded out of the blue! Wow, yeah and you wonder why most other countries accuse us of not even understanding basic geography or world events.
2 Replies
2
Reply Mon 14 Mar, 2022 08:02 am
@bulmabriefs144,
Quisling.
1 Reply
-2
Reply Mon 14 Mar, 2022 08:11 am
@izzythepush,
The Quislings were those in Norway who snitched on people. The comparison doesn't really track.

That you don't understand the difference between a staunch isolationist and a traitor tells loads about you. Meanwhile our own puppet president has lost (betrayed, really) any remaining loyalty I have to leaders. I very much love and support America, but I give zero fucks about it trying some expansionist ploy. That Russia pushes back is fine with me.

The same as I love my nephew and want him to be smart, kind, and independent. But when he tries to bully his brother, and I grab him and he cries that he wasn't allowed to whack someone with a toy, yeah no. Yeah I don't have any sympathy for aggressive behavior. And you fully deserve it if you fall while trying to build a trap that hurts people.
2 Replies
-2
Reply Mon 14 Mar, 2022 08:11 am
@bulmabriefs144,
Use the report button when youâ€™re personally attacked. This guy attacks very frequently, calling names and making insulting false claims. Heâ€™s reported constantly for it. I donâ€™t think the site actually does anything about it, tho. We just lost a really nice long-term member due to this guyâ€™s constant personal attacks.

A good community has such tools but never needs them. They can resolve issues without them. And ultimately, I don't care what izzy thinks.
0 Replies
2
Reply Mon 14 Mar, 2022 08:16 am
@bulmabriefs144,
That's what you are, a Putin supporting Quisling.

The Quislings were those in Norway who snitched on people.


Vidkun Quisling was a person not a group.

So you're lying about that.
1 Reply
2
Reply Mon 14 Mar, 2022 08:22 am
@bulmabriefs144,
And you clearly don't understand basic English.
0 Replies
2
Reply Mon 14 Mar, 2022 08:22 am
@Lash,
I'm just going by my experiences here, Lash. I've seen it time and time again. Let's say someone doesn't like Joe Biden and wants to express his opposition to, say, his climate policy. He could lay out his facts and reasons, using sources found in the mainstream media rather than alt-right sites. He can explain how he sees the situation, and why he believes the counter-narrative is persuasive. He might pose a few questions and ask people to respond to those questions. He might actually attempt to initiate a dialogue.

What I see instead is that someone shows up, immediately uses terms like the "Democrat" Party, suggests that Biden is a pedophile, and posts a screed from the Gateway Pundit, or Epoch Times, and insults other members and often the site itself. It's obvious this person has come here to vent and welcomes a fight â€“ which he usually gets.

The situation with the member who left yesterday is instructive. He didn't mind sparring with people. So when he wanted to share his understanding of Putin's intentions and reasons, he did so in his own style:

Jesus they have a **** ton of gas and oil on the sea that was why Russians took Crimea! Ukraine would indeed frack up Russia for good if it got westernized and I am not just talking about that huge prairie they have, check that damned video I posted before!

I think the point might have been couched more diplomatically! Don't you?

Another example is the passive/aggressive approach favored by posters like maxdancona. "I'm the one being reasonable, both sides have valid points, and if you disagree it's because you are an extremist."

There's an art to initiating an actual conversation â€“ but it's irrelevant if what you really want is a fight.
1 Reply