"The Sandbaggers is a British spy drama television series about men and women on the front lines of the Cold War. Set contemporaneously with its original broadcast on ITV in 1978 and 1980, The Sandbaggers examines the effect of espionage on the personal and professional lives of British and American intelligence specialists. The series was produced by Yorkshire Television, based in Leeds."

I loved that show.

It looked like they had NO budget, lol...sort of like the original Star Trek where they would shake the stage.

It was mainly set in an office, with someone behind the desk and someone perched on it - they did go out into the field once in a while, but it was primarily the drama that got me.

As I said, loved that show. My ex and I watched that whole thing (in the 2000's) - it was rebroadcast on BBC Canada and I bought him the entire series on VCR, lol.

And my dad snuck us into drive-ins in the late 60s to watch the Carry On movies... not a tv show, I know.

At that time I was going out a lot and didn’t watch that much telly.

I loved "The Avengers" starring Patrick Macnee and Diana Rigg. But now, when you mention "The Avengers," people think you're referring to the immensely inferior movie series. 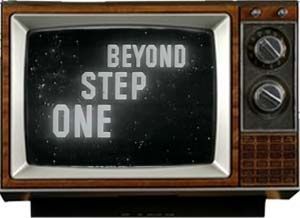 In the 70s it was rebooted as The New Avengers with Gareth Hunt and Joanna Lumley joining Patrick McNee’s character.

Made during Thatcher’s first stint it’s about three unemployed builders from Newcastle Upon Tyne who flee the recession to work on a building site in Germany.

They meet other British lads, one from Liverpool, one from Birmingham and a Londoner.

The Geordie accent is very hard if you’re not used to it which is probably why you’ve not heard of it.

There were about four or five series in all, one was in Spain, one in Cuba and another in Middlesbrough.

That one had a wonderful line. A Liverpudlian villain goes missing and his mother contacts the police. She says the last she heard was when he called from Middlesbrough, he said that he’d always considered himself working class until he went to Middlesbrough, after being there he realised he was Middle Class.


She did a marvelous turn as Oleanna Tyrell in Game of Thrones.


She was incredible in GoT. Nobody wanted to tangle ass with her character. She is a bit long in the tooth...but you can still tell that she was a knockout when a young woman.
1 Reply
1
Reply Tue 29 Jun, 2021 12:56 pm
@Frank Apisa,
Yup still has those high cheekbones and sparkly eyes
0 Replies
2
Reply Tue 29 Jun, 2021 02:16 pm
@edgarblythe,
edgarblythe wrote:

My brother loved Moonlighting with Bruce Willis. One look at his smirking face turned me off and I never did watch it once. I only learned to like Willis in the movies.