The Base of Physics, (a brief history of touchy and feely))

Actually, the word “hijack” is very accurate to describe wasp’s behavior in piggy’s threads: abstract to “hijack” substance, DREAM to “hijack” fact / illusion to “hijack” reality, idealism to “hijack” materialism, “delusional squat + loudness” to “hijack” profound thinking and rigorous analysis…
Most funny, he even plotted to “hijack” the pig in the name of “teacher’…haha
It can count as the most inferior case of “hijack” in the history of science.
(Who planned it? The First Order? Bounce…)
But it’s true “hijack” could be a simple way to make fortune. Unfortunately, seems he chose the wrong target…Haha

You are ever an English gentleman... Piggy is a bit of cow boy.
However, perhaps you are rational.
We have to go on the journey, that’s our mission, even some times entangling with monsters never can be avoided.

0 Replies
1
Reply Wed 26 Oct, 2022 03:52 am
“hijack” this thread? That guy really has good taste. 呵呵
Piggy always says that the mass – space equation is an equation hidden in SR for more than one century. And it is the threshold of the PRESENCE – PROPERTY new era. The derivation in math is just in this thread.

Piggy doesn’t think that the pig has much time to say here. Piggy has much normal scientific research to do in this new era of PRESENCE – PROPERTY.

Next, piggy says a bit more here with the lowest voice, as low as a dead pig:
As piggy always says, the derivation of the mass – space equation in math is not very complicated. But it can enhance human’s thought to a higher level.

Just kicking in this small nest is useless at all. It’s just a very tiny point in this cosmos…
Nowadays over 99 percent of the “scientific” territory is CONTROLLED in the hands of those “loud” “authentic” guys who actually are “heavy accumulated and hard to go back 积重难返” , while are UNAWARE of this point. Actually, many “hard problems” in science have been solved IN ONE WAY here in this galaxy. However, perhaps those “authentic” guys will argue with their “loudness” even after hundreds of years.

“The what coffin box from what CN appeared in PHF in 2020, just trolled and then piggy dead.
…
Nor it means PHF won out in science. They now actually lag behind one era.”

Science has passed the cross roads.
It’s just a problem facing mankind which can’t be solved by human.
However, history is always pushed ahead by those positive minds, while those negative minds would be left behind by the development of history.
One can either be the promoting force of the development of history or the stumbling stone. It’s up to their own choice.
May Lord direct their steps.

What never change would be the First Law of cosmos which created by the First Order.

Piggy feels the First Order has decided their “execution”. The “capital punishment” will come at any time. Oh Lord, this pig will disappear entirely in this cosmos. “hard landing”. Bounce… 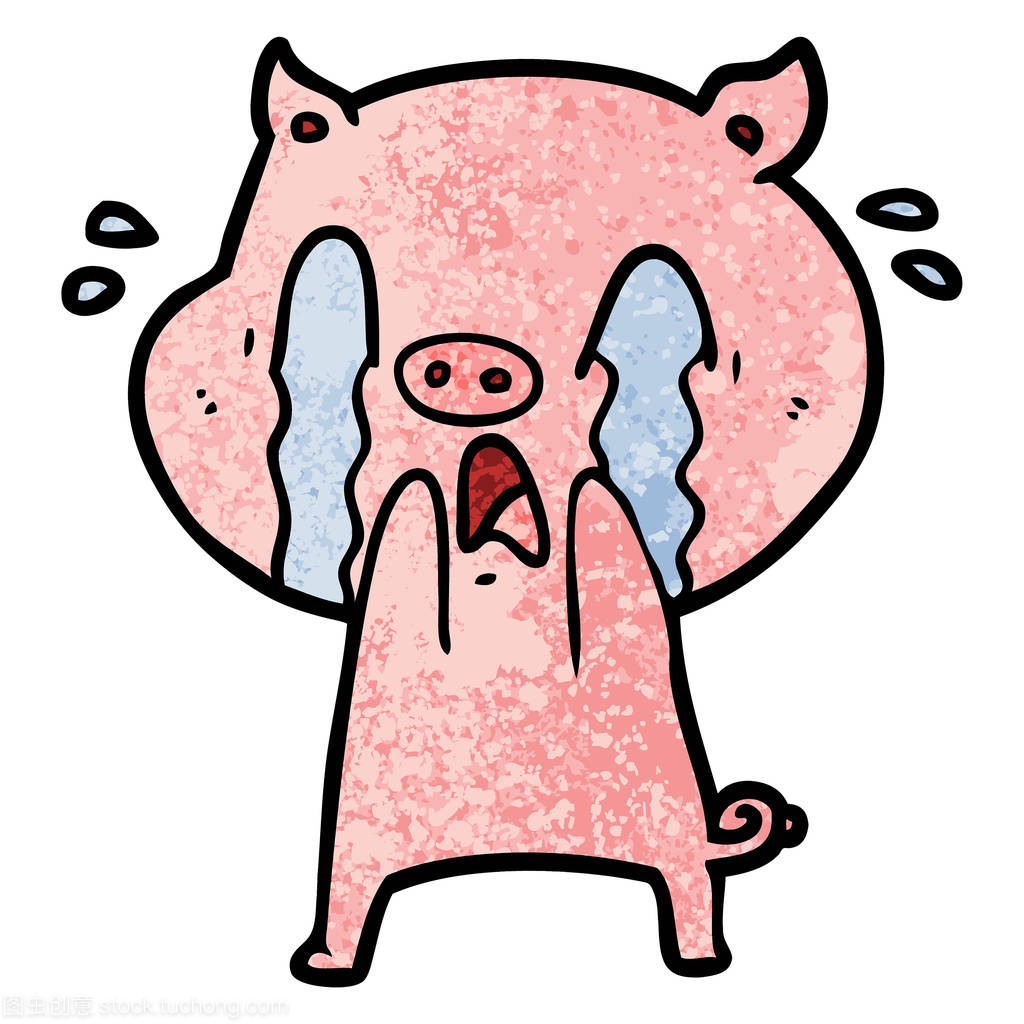 Piggy is in bad health and has been suffering serious mental anxiety for many years. No any nice DREAM at night for many years…due to the cruel, absolute and overall dark sanction of the First Order.
Actually most of my time is spent on worrying about the safety and prospective of my family members.

0 Replies
1
Reply Mon 31 Oct, 2022 03:27 pm
After the cross roads are two roads extending in two different directions. Which road to go is up to one’s own choice. 呵呵

1 Reply
2
Reply Mon 31 Oct, 2022 03:36 pm
@htam9876,
The crossroads is allegedly where Robert Johnson met the Devil to transact a business arrangement.
1 Reply
1
Reply Mon 31 Oct, 2022 07:48 pm
@izzythepush,
Your analogy is very vivid, perhaps. But once upon a time piggy was very white in middle school, even whiter than those city girls.

0 Replies
1
Reply Tue 1 Nov, 2022 05:33 pm
Piggy DREAMs to “travel back in time” to the past to PHF galaxy to entangle with that “authentic” rabbit Dandan again. “transact a business arrangement” at new crossroads.
If it deals, perhaps science would be hopeful in the future. 呵呵

0 Replies
1
Reply Wed 2 Nov, 2022 05:24 pm
Piggy “travel back in time” to the beginning of this thread and repeats a sentence with “accent”:
“Piggy suggests those guys who feel physics has been speculated enough in sophisticated math games in the 20th century come back to the ground of physics.”
Those “authentic/standard” guys who consider math > physics can keep on playing their complicated math game.

Science has passed the cross roads.
It’s just a problem facing mankind which can’t be solved by human.

After the crossroads are two roads extending in two different directions. Which road to go is up to one’s own choice. 呵呵 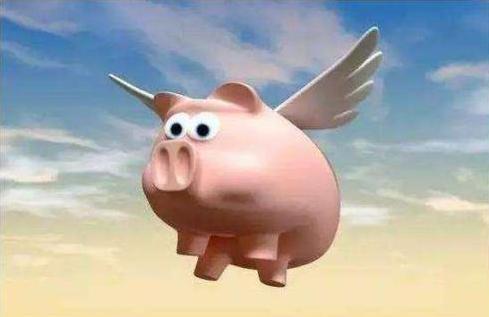 Yes, piggy has to confess the original SR of Einstein was a “flawed” physics. When v = c, it will be invalid. Employing that kind of tricky math game such as the so called what “energy – momentum equation” to cover it up is non – sense.

Those negative minds would contemplate to “sink” it. They should be AWARE they actually are not qualified to do that. It’s just ignorance + foolishness.

While those positive minds would contemplate how to amend its flaw.
Piggy always says people in the old era of Mass Point Dynamics ignored the effect of the PRESENCE (matter state).
Now in the new era of PRESENCE – PROPERTY, after rigorous analysis, piggy’s physics model of elementary particle and released photon have effectively and explicitly explain actually the relativistic principle is not applicable to released photon. We have dig out the root of SR. Actually, the physical essence of the relativistic principles is the inherent property of spherical electromagnetic wave.

Moreover, due to the constraint of the old era of Mass Point Dynamics, people are habitual to view themselves from others' angle. They are UNAWARE what’s in CONTROL. They made a mistake the velocity is the controlling factor. Then, some “paradox”, “flaws” and “contradiction” appeared. Those “authentic” guys will argue whether relativistic mass reasonable endlessly, never can find a way out, perhaps. Now in the new era of PRESENCE – PROPERTY, we put the emphasis on ourselves. The inherent PROPERTY such as “fundamental natural relations” is in CONTROL. Those “paradox”, “flaws” and “contradiction” would AUTOPILOTly disappear.
A vivid analogy: in the battle field, Company A might ask for assistance from Company B, but what operation Company B will carry out is up to the decision of the captain of Company B. He is in CONTROL.

Nonetheless, the original SR of Einstein was innovative, reasonable and valuable.


Science has passed the cross roads.
It’s just a problem facing mankind which can’t be solved by human.

After the crossroads are two roads extending in two different directions. Which road to go is up to one’s own choice. 呵呵

0 Replies
1
Reply Wed 23 Nov, 2022 05:55 pm
According to news report, the situation in Ukraine is bad.
Nowadays the only official project of research on spherical electromagnetic wave is in Ukraine, perhaps.
https://physicshelpforum.com/threads/cold-synthesis-ball-lightning-a-brewing-scientific-revolution-online.16080/

Piggy cares the safety of Mr. SievrikovAS. He is from Ukraine according to the location shown in PHF. Obviously he is a qualified scientist.
He did something substantial in real scientific research in the category of PRESENCE – PROPERTY system.