What rules would You set for civil behavior?

Forums: Community
Email this Topic • Print this Page
Reply Mon 15 Jan, 2018 08:57 pm
This is an offshoot from the ironically named "... Cheese-Eater" thread. EhBeth (and others) are claiming that people here are judged by their behavior, rather than on whether they have popular opinions. I am skeptical... it seems to me that people are judged by how closely they hold to a set of generally left-of-center political views.

I want to ask the honest question... how would you define a set of rules for civil behavior that would apply equally to people no matter what opinions they hold. In particular.

What other rules would you apply for civil discourse? I would feel much better if these rules applied equally to everyone rather than being based on your point of view or popularity.

Can you propose a set of rules that would meet this standard?
Type: Question • Score: 9 • Views: 4,135 • Replies: 109
-2
Reply Mon 15 Jan, 2018 09:02 pm
@maxdancona,
That's all a little too complicated for my ass, Max, but, believe me, if they made me a moderator I would be completely fair and treat everyone exactly the same. No matter who they were, if they came to me complaining about someone breaking the rules, my response would always be the same, to wit:

By the way, you got a link to that cheese-eater thread? I aint never seen that one, that I recall, eh?
1 Reply
0
Reply Mon 15 Jan, 2018 10:04 pm
@maxdancona,
I've been an active member on several debate forums over the years. The way I see it, such sites are very much like prisons or taverns. There's groups who hang together and support one another by giving each other the thumbs up when opposing those from other groups, and then dish out the downed thumbs against members of the other group who happen to be confronting a member of their group.

And then there's the loners who don't really belong to any of the groups. Sometimes a loner will say the wrong thing--or the right thing; it really doesn't matter which--and draw down upon themselves the most vicious members of the particular group who didn't like what the loner said. And that's when the loner is forced into playing the part of Custer and finds themselves being subjected to a relentless barrage of arrows coming from every direction, shot from the bows of the group happily playing the part of the Indians. And I'm not talking target arrows here, but sharp arrows like the ones used for hunting deer.

Sometimes someone will take exception to the uneven odds of the confrontation and decide to give the guy (Custer) a hand. But after they feel the sting of a few arrows, they usually decide that it's time for dinner, or that it's way past their bedtime, or some other excuse to retreat to the safety of a logout. Or, they may leave the guy (Custer) for dead by convincing themselves that the son of a bitch probably has it coming, and so why get in the way of justice.

But once in a while someone will say something that a closely knit group really didn't like to hear. But the guy who said it is pretty fast with his fists and sitting right next to the pool table where the pool sticks are within arm's reach. And past experience has shown that he knows how to use them. Then there's a lot of stewing and dirty looks from the group, but they leave without incident, and they go home and plot revenge. They wait for that moment when the rebel says something that leaves them open for attack, and then they make their move. And isn't that what it's all about? Irrestible force meets immovable object. Isn't that what everyone's waiting for?
0 Replies
0
Reply Mon 15 Jan, 2018 10:29 pm
http://www.flamewarriorsguide.com/warriorshtm/bigdogmetoo.htm
0 Replies
4
Reply Tue 16 Jan, 2018 12:30 am
Who should be allowed to post an dissenting opinion on which thread?

- In what circumstances is attacking someone's intelligence or worth as a human being acceptable?

- Who decides which opinions are acceptable and which should not be expressed?

Differences of opinion should always be expressed. Attacking, never.

Opinions are just that--opinions, neither right nor wrong.

Sorry, but I'm afraid that some of your "reasoning," such as it is, is kinda weak there, eh?

No, you're expressing a difference of opinion.


Hey, Rog, quit tryin to cheat me out of my satisfaction, willya?

I am skeptical... it seems to me that people are judged by how closely they hold to a set of generally left-of-center political views.

No, if there's a pro-left bias evident in particular threads on the site, dissenting opinions are judged by, among other things, the level of vitriol, the character of the insults, the degree of originality, the posting history of the individual.

If I venture onto a site where the political consensus is not one I share, and if I really wish to understand the viewpoints or perhaps change someone's opinion, calling everyone who disagrees with me an "opioid-eater" would be self-defeating. I should expect opprobrium and suspension. If I instead try to compose a thoughtful post, respond to challenges respectfully, and still get attacked, well guess what? I'll assume that the particular forum isn't for me. I'm not going to show up day after day to lob stink bombs into someone's party just because I suspect I'm not welcome. It's not that important â€” it's an internet forum. I'll find another.

- Who should be allowed to post an dissenting opinion on which thread?

Anyone not currently subjected to a suspension

- In what circumstances is attacking someone's intelligence or worth as a human being acceptable?

When it is true

- Who decides which opinions are acceptable and which should not be expressed?

Whoever controls the "ignore" or thumb-down button

While there might be an element of flippancy in my responses, it reflects some of the difficulties inherent in trying to promote the free exchange of ideas and opinions and then enforce a tone of civility at the same time.
1 Reply
1
Reply Tue 16 Jan, 2018 06:28 am
@hightor,
Max has a persecution complex. He keeps banging on about some clique or another, and a supposed 'in crowd,' that's he's not part of. He's paranoid, up to the point he believes said 'in crowd,' conspire against him.

It's all bollocks, A2K is made up of individuals, some of whom are friends, but there's no coordination.

Speaking as someone from outside the US I have to say that there's no left wing bias at all. A2K is right wing, at least by international standards, a lot of the self proclaimed liberals have views that are right of centre, and fascists have no problems promoting their racist ideology.

Take Oralloy, he is spouting Nazi ideology in that he wants to lock up all political opponents to Trump. That fascist **** would get short shrift on a centrist, let alone a left leaning, discussion board and would result in expulsion, but it doesn't on A2K.
3 Replies
1
Reply Tue 16 Jan, 2018 06:38 am
@izzythepush,
izzythepush wrote:

Max has a persecution complex. ...
He's paranoid, up to the point he believes said 'in crowd,' conspire against him. ...
fascists have no problems promoting their racist ideology. ...


Thank you Izzy. Your participation is very helpful on this thread.

That fascist **** would get short shrift on a centrist, let alone a left leaning, discussion board and would result in expulsion, but it doesn't on A2K.


I don't think this is true. On a respectful centrist discussion board, people can choose to not engage discussions they consider "fascist". You can ignore people rather than try to silence them.

...he is spouting Nazi ideology in that he wants to lock up all political opponents to Trump. That fascist **** would get short shrift on a centrist, let alone a left leaning, discussion board and would result in expulsion, but it doesn't on A2K.

And I think part of the reason is that, while a predictable and repetitive espouser of extreme right-wing views, oralloy still manages to conduct his arguments without resorting to name-calling and personal insults. That's all I'm asking for.
2 Replies
-3
Reply Tue 16 Jan, 2018 06:51 am
Most all the posters I disagree with round this here joint are pasty white boys (and girls).

Caint be but one reason for that, eh?

Imma straight up racist, that's why.
0 Replies
2
Reply Tue 16 Jan, 2018 07:48 am
@hightor,
So calling whole groups of people vermin and supporting genocide is preferable to calling someone an idiot, is it?

The viewpoints spouted by certain individuals are so disgusting that they do not deserve to be treated with a shred of civility, but called out for what they are.
1 Reply
2
Reply Tue 16 Jan, 2018 07:53 am
@maxdancona,
And this is what your point leads to. 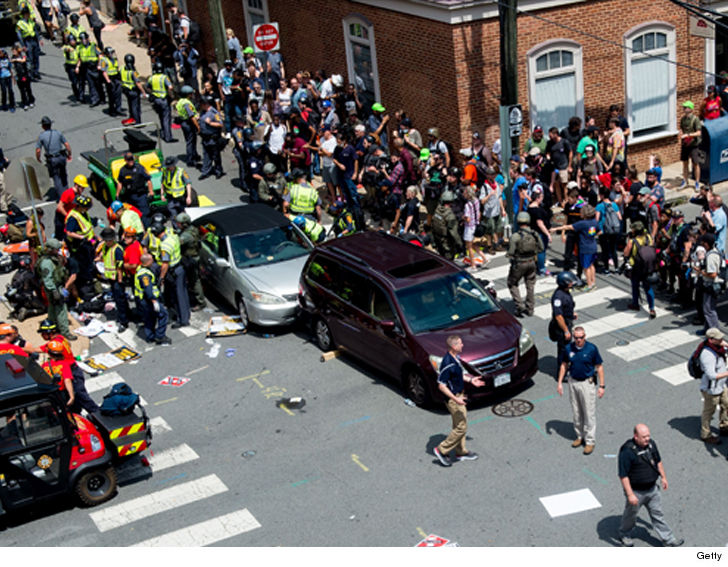 Nazis murdering innocents in the street and a president who refuses to condemn them. That's where acquiescing to hate speech gets you. It normalises extreme views, and it's always minorities who get the rough end of it.

If only more people had been insulted and called names in internet forums, this tragedy could have been avoided.

So calling whole groups of people vermin and supporting genocide is preferable to calling someone an idiot, is it?

Well, yes, in the context of a message board like this I feel that it is. If I show up here and make a sweeping generalization about the citizens of some country â€” such as "they have an average I.Q. of 67" â€” someone with a better grasp of the facts can clear things up pretty quickly. If I state that all members of some particular ethnic group or political party should be imprisoned I just make myself look out of touch â€” I've presented a useful cudgel which can be picked up by anyone who disagrees with me and used against me. Racist and illiberal viewpoints are held by many people and I think those sorts of beliefs should be exposed and shown to be false. I consider that much more constructive than engaging in a long exchange of childish accusations and name-calling.

The viewpoints spouted by certain individuals are so disgusting that they do not deserve to be treated with a shred of civility, but called out for what they are.

True. By all means, call them out on their mistaken, prejudiced viewpoints. It will be seen as implicit criticism of their intelligence and character without your having to make a direct personal attack.
2 Replies