What made you smile today?

One: “Your grandson (3 yrs old) woke up today, looked out of the window, and said matter-of-factly, ‘Oh no. Christmas is ruined.’ We haven’t used ruined before. I asked him why, and he turned to me exasperated, and said, ‘The snow is melting,’ like I was an idiot not to make the connection.”

Second call from son who has solidly refused to discuss Trump or politics since the election: “Did you see what happened in the Oval Office today?!”
Me: (tentative) “Was anyone shot?”
Him: (paused) “You’ve got to see it. Trump made a complete ass of himself.”
Me, horrified: “Jesus Christ, worse than usual?? (Trying to imagine what that might be like)

Him: “It was like Psychotic Mystery Theater 3000. You know how much I hate Pelosi and Schumer?? They were the professionals in the room.”
Me: “for fucks’ sake!”
Him: “I think Pence died, sitting there. He closed his eyes and went limp, but he didn’t fall out of the chair. I’m not sure he’s not dead. If I was any other country, I’d invade us right now.”

One: “Your grandson (3 yrs old) woke up today, looked out of the window, and said matter-of-factly, ‘Oh no. Christmas is ruined.’ We haven’t used ruined before.

I'm certain that "Christmas is ruined[...]" has been a trope uttered in dozens of Christmas related movies, tv special episodes, etc.... Now to figure out from where your grandson picked it up from.
2 Replies
0
Wed 12 Dec, 2018 11:03 am
@tsarstepan,
Exactly tsar.

Christmas is the manic pixie dream girl of holidays.

the keyboard on the laptop died yonks ago. I asked about repairing it. the shop guy said they'd have to send it away and it still might not work and maybe not be on the warranty and they'd keep it for a month or so and blah blah blah. I need a new laptop? really? no no. just buy a keyboard - plug it in and go. easy fix for #20 - $50. oh ok. sold. that keyboard died after a couple of years. bought a real cheapie. it lasted about 5 years - we wore the letters off and a few keys just didn't work anymore - but we soldiered on until another key popped off. picked up a new keyboard - just plugged it in - the touch is a bit different but this is awesome - all the keys work! so much joy for $20

saw this at a distance 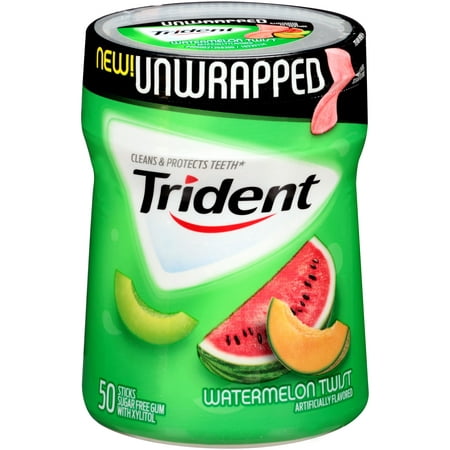 they were set out sort of sideways so what you could mostly see of the packaging was the image on the upper right - repeated.

rush over
oh
watermelon twist
0 Replies
1
Wed 12 Dec, 2018 05:47 pm
@tsarstepan,
We were thinking day care. He’d have to hear it a few times to pick up on the meaning, so that makes sense.
0 Replies
1
Mon 17 Dec, 2018 04:56 pm
Looking at my statement for October from the property management company for the house in Mexico.

Cost that month for Omar to come out and install a kitchen faucet and bathroom medicine chest I brought with me on my last visit, and extending a rain spout pipe so that in overhangs the back patio wall......$30 USD.
1 Reply
1
Mon 17 Dec, 2018 05:20 pm
@chai2,
Wow!

The funny thing is, plumbing fixtures like a nice faucet with a built in sprayer cost a lot Less in the US, and no one (it seems) uses medicine cabinets. So I bought both in Texas and schlepped them when I drove down in October.

This time I'm bringing a floor lamp, a round rug I bought online and a few miscellaneous knobs, decorations etc. Shopping is not my idea of a way to spend my time when I'm down there. Internet shopping has not at all taken off in Mexico. There's a lack of trust of the sellers. I explained to an amiga that there isn't a problem if you're buying from a well known company, but she was skeptical. I give it a few more years to catch on.

I'm not really clear on if there is, or how a postal service in Mexico works. I know expats in San Miguel go to a local mailing service that specializes in transporting mail and packages across the border.

Local businesses, if they need to send someone a bill or something, have an employee ride around on a scooter and hand deliver it. One day I was looking out the window, and saw a guy from I think the electric company get off his scooter and come up the walkway. I thought maybe there was an service issue, and waited for him to knock at the gate. It never came. When I went outside later, I saw that he had pushed my neighbors electric bill under the door.

HOURLY10 DAYS
TODAY
AM CLOUDS/PM SUN
HIGH
60°
10%
TONIGHT
LOW
43°
10%
SAT
HIGH
60°
0%
SAT NIGHT
LOW
44°
0%
SUN
HIGH
62°
10%
Cloudy early with peeks of sunshine expected late. High near 60F. Winds NW at 5 to 10 mph.
WINDNW 7 mph
HUMIDITY76%
UV INDEX1 of 10
SUN
0 Replies
10
Wed 26 Dec, 2018 08:53 pm
My neighbors' kids got a new swing thing for Christmas. It is sort of like a tire hung horizontally from a tree, except this thing is not a tire but, rather, a webbing inside a rim about the size of a hula-hoop.
They took turns riding it or pushing it. They tried putting their dog on it but it escaped and spent the rest of the day hiding underneath their truck.
The day ended with the six year old going on an especially high and an especially spinning ride. The kid, mid-flight, unleashed a spectacularly awesome vomit spray that managed to drench all of his siblings.
2 Replies
1
Wed 26 Dec, 2018 09:35 pm
@realjohnboy,
Thanks for my laugh for today.
0 Replies
1
Thu 27 Dec, 2018 05:12 pm
Slo mo Christmas vids of old lady and grandson merging grimacing sumo stances with impressive sword sparring featuring awesome Christmas shield.