This is the really GOOD Jokes Thread... R(imo)P
1 Reply
5
Reply Tue 28 Jan, 2020 07:34 am
@Region Philbis,
Dave was bragging to his boss one day, "You know, I know everyone there is to know. Just name someone...anyone...and I know them."
Tired of his boasting, his boss calls his bluff. "OK Dave, how about Tom Cruise?"
"no probs boss, Tom and I are oooold friends, and I can prove it."
So Dave and his boss fly out to Hollywood and knock on Tom Cruises door, and Tom shouts "Dave, whats up? Great to see you! Come in for a quick beer!"
Although impressed, Dave's boss is still skeptical. After they leave Tom's house he tells Dave he thinks him knowing Tom Cruise was just lucky.
"No no...just name anyone else" Dave says.
"President Obama," his boss quickly retorts.
"yep", says Dave, "old buddies. lets fly over to Washington", and off they go.
At the white house, Obama spots Dave and motions him and his boss over.
"Dave! What a surprise! i was just on my way to a meeting, but you and your friend come on in and lets have a cup of coffee first and catch up."
Well, the boss is a bit shaken by now, but still not totally convinced. After they leave the white house he expresses his doubts to Dave, who again implores him to name anyone else.
"The Pope", his boss replies.
"Sure. I've known the pope since I was an alter-boy." So off they fly to Rome.
Dave and his boss are assembled among the masses at the Vatican's St. Peter's Square when Dave says, "this will never work. I cant catch the popes eye among all these people. Tell you what, I know all the guards, so just let me pop upstairs and I'll come out on the balcony with Him", and off he goes into the Vatican.
Sure enough, half an hour later Dave emerges on the balcony with the Pontiff, but by the time he returns he finds that his boss has had a heart attack , and is surrounded by paramedics.
Making his way to his boss's side, Dave asks him "what happened?"
His boss looks up and says, "It was the final straw! You and the Pope came out on the balcony, and the man next to me said 'Who's that with Dave?'"
0 Replies
2
Reply Fri 7 Feb, 2020 04:12 am
hingehead wrote: 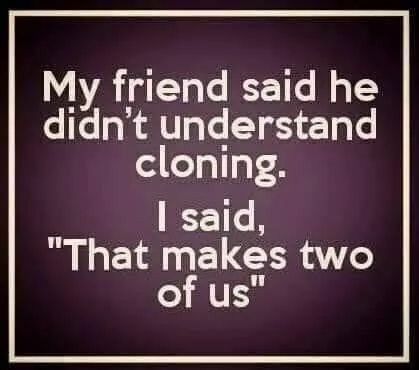 While walking down the street one day a Corrupt Senator (that may be redundant) was tragically hit by a car and died.

His soul arrives in heaven and is met by St. Peter at the entrance.

"Welcome to heaven," says St.. Peter. "Before you settle in, it seems there is a problem. We seldom see a high official around these parts, you see, so we're not sure what to do with you."

"No problem, just let me in," says the Senator.

"Well, I'd like to, but I have orders from the higher ups. What we'll do is have you spend one day in hell and one in heaven. Then you can choose where to spend eternity."

"Really? I've made up my mind. I want to be in heaven," says the Senator.

And with that, St. Peter escorts him to the elevator and he goes down, down, down to hell.

The doors open and he finds himself in the middle of a green golf course.

In the distance is a clubhouse and standing in front of it are all his friends and other politicians who had worked with him.

Everyone is very happy and in evening dress. They run to greet him, shake his hand, and reminisce about the good times they had while getting rich at the expense of the people.

They played a friendly game of golf and then dine on lobster, caviar and the finest champagne.

Also present is the devil, who really is a very friendly guy who is having a good time dancing and telling jokes.

They are all having such a good time that before the Senator realizes it, it is time to go.

Everyone gives him a hearty farewell and waves while the elevator rises.

The elevator goes up, up, up and the door reopens in heaven where St. Peter is waiting for him, "Now it's time to visit heaven...

So, 24 hours passed with the Senator joining a group of contented souls moving from cloud to cloud, playing the harp and singing. They have a good time and before he realizes it, the 24 hours have gone by and St. Peter returns.

"Well, then, you've spent a day in hell and another in heaven. Now choose your eternity."

The Senator reflects for a minute, then he answers: "Well, I would never have said it before, I mean heaven has been delightful, but I think I would be better off in hell."

So St. Peter escorts him to the elevator and he goes down, down, down to hell...

Now the doors of the elevator open and he's in the middle of a barren land covered with waste and garbage. He sees all his friends, dressed in rags, picking up the trash and putting it in black bags as more trash falls to the ground.

The devil comes over to him and puts his arm around his shoulders.

"I don't understand," stammers the Senator. "Yesterday I was here and there was a golf course and clubhouse, and we ate lobster and caviar, drank champagne, and danced and had a great time. Now there's just a wasteland full of garbage and my friends look miserable. What happened?"

The devil smiles at him and says,

"Yesterday we were campaigning,

Today, you voted…"
0 Replies
4
Reply Sat 4 Apr, 2020 09:35 am
That reminds me of another joke. This guy dies, and is welcomed to Hell, much to his dismay. The devil that welcomes him tells him to relax, and takes him to his beautiful new condo, with all of the latest appliances. The guy sees a plume of smoke in the distance and asks what its, but he's told not to worry about it. He is then given a brand-new motorcycle, and he and his guide motor off to the nearest spa. From there, the plume of smoke is more noticeable, and he asks about it again, but is told not to worry about it. Then he is lead to the beach, with a wonderful beach club and restaurant. The plume of smoke is now a thick, black column, and rather than being brushed off again, he jumps on his motorcycle, and tears off in that direction. His guide catches up to him at the foot of a volcano, with a line of miserable looking people wending their way up the slope, and jumping into the smoking caldera . . . 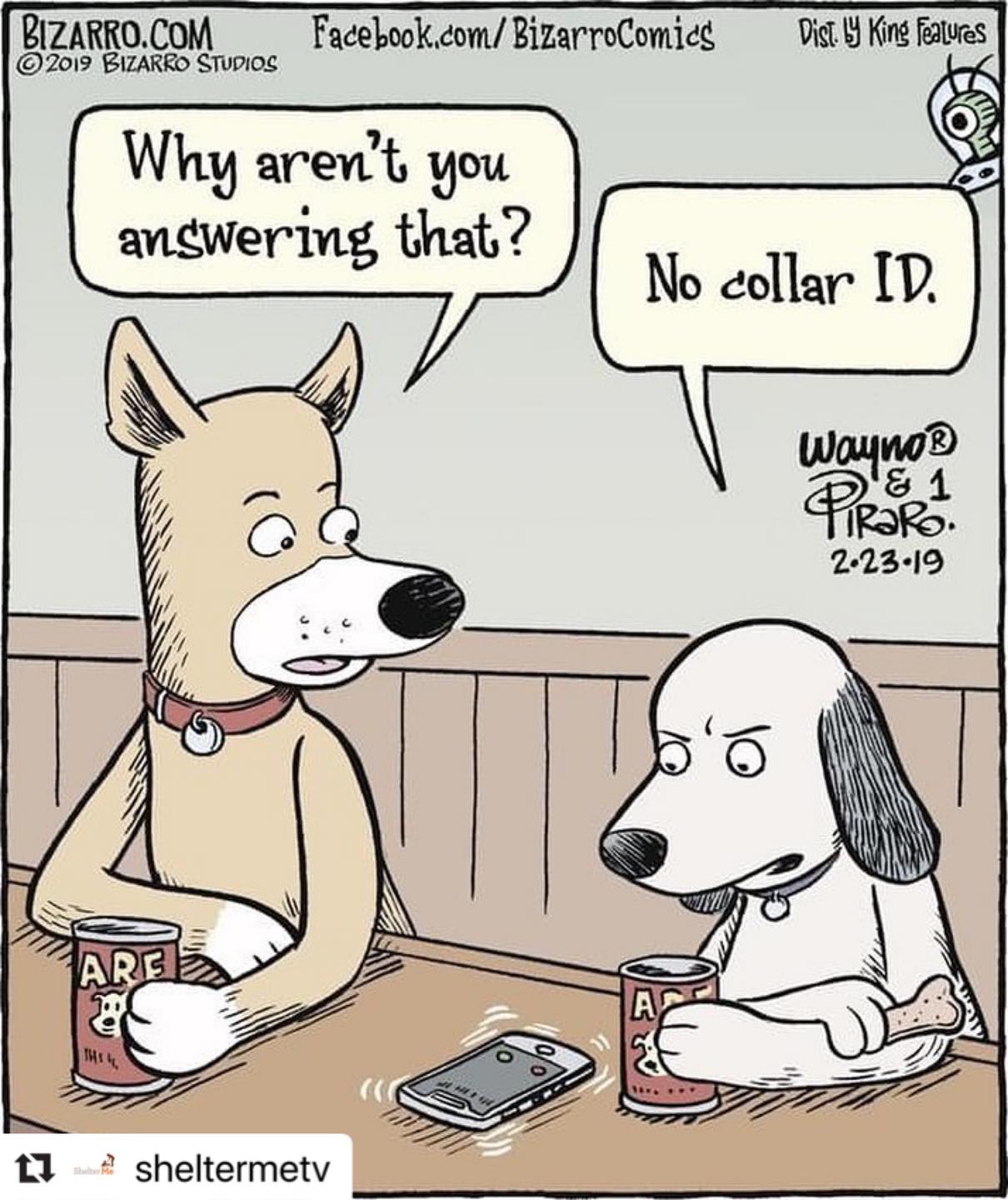 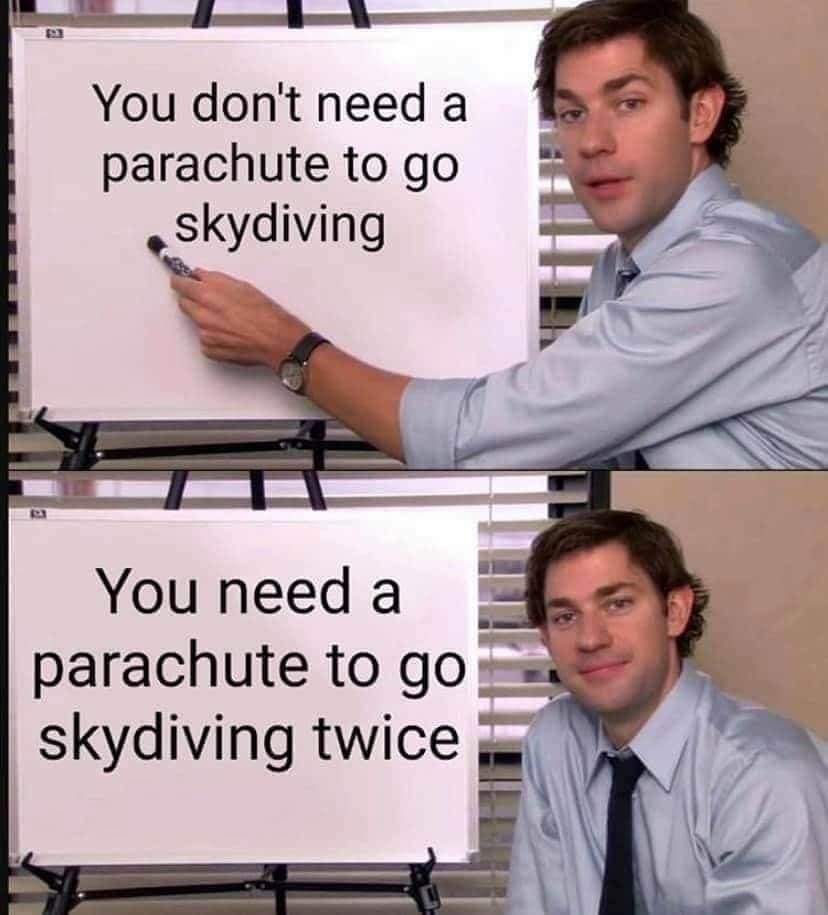 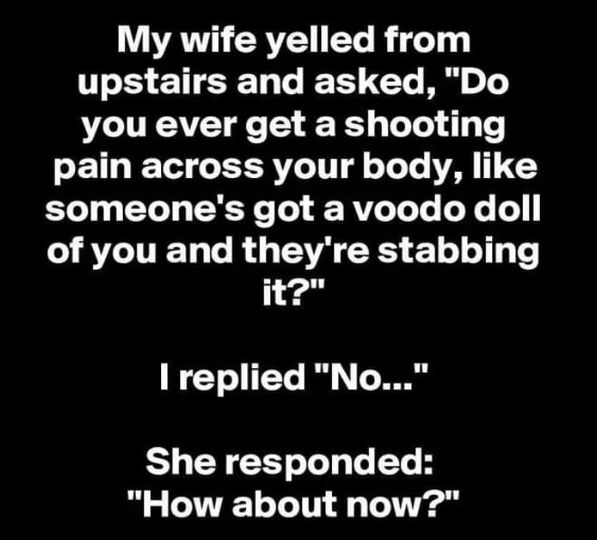 0 Replies
0
Reply Tue 9 Mar, 2021 05:04 am
I know another joke. It's a bit stereotypical, but it's still funny to me) There was a blonde, a redhead, and a brunette. They were all trapped on an island and the nearest shore was 50 miles away. The redhead swam trying to make it to the other shore she swam 15 miles, drowned, and died. The brunette swam 24 miles, drowned, and died. The blonde swam 25 miles, got tired, and swam back.
0 Replies