(AP) - Mayor Michael Bloomberg is proposing a ban on the sale of large sodas and other sugary drinks in the city's restaurants, delis and movie theaters in the hopes of combating obesity—an expansion of his administration's efforts to encourage healthy behavior by limiting residents' choices.

The proposal—expected to be announced formally on Thursday in a City Hall briefing—would take 20-ounce soda bottles off the shelves of the city's delis and eliminate super-sized sugary soft drinks from fast-food menus. It is the latest health effort by the administration to spark accusations that the city's officials are overstepping into matters that should be left in the hands of individual consumers

I wonder how major chain restaurants would loophole themselves out of this regulation if it passed. Add a little fruit juice to the soda mix and call it something other then soda like suice? Sell 10 or 12 ounce cups or bottles of soda for the price of the present day 20 ounces and sell them at buy one/get one free? Do you think this limited ban of soda consumption will work in controlling the obesity epidemic?

That was too easy. You should write this as a business proposal and send it off to the American Beverage Association and charge them a several million dollar consulting fee for helping them get past any Bloomberg regulation.
0 Replies
0
Reply Thu 31 May, 2012 01:11 pm
In my opinion, Mayor Bloomberg is just acting like any over-protective Jewish parent. With any luck, Christine Quinn will be the next mayor, and the city may enter a new chapter.
2 Replies
1
Reply Thu 31 May, 2012 01:17 pm
@djjd62,
djjd62 wrote:

well, like many women, the mayoress wants to watch her figure

In my opinion, Mayor Bloomberg is just acting like any over-protective Jewish parent.
With any luck, Christine Quinn will be the next mayor, and the city may enter a new chapter.

It seems unlikely to me
that the city government was ever granted jurisdiction to do this.

Note how politicians act
when thay KNOW that thay cannot run for re-election, being term limited.


( Yeah, I know that he ALREADY ran successfully,
even tho he was term limited, but he can 't do it AGAIN.)

If you did then you'd no better that Christine Quinn is basically Bloomberg's lapdog. As the council speaker, she mostly rubberstamps all things Bloomberg.

that the city government was ever granted jurisdiction to do this.


Apparently, all that Bloomberg needs is to get permission from the Board of Health. He doesn't need Albany's or City Council's approval on this action.
1 Reply
1
Reply Thu 31 May, 2012 01:48 pm
@tsarstepan,
This brings out the libertarian in me. Makes me wanna have a nice fizzy unhealthy soda to toast those who will fight this ban.
1 Reply
1
Reply Thu 31 May, 2012 01:54 pm
@ossobuco,
It says that for restaurants who break the regulation (when its approved) the fine will be $200. But I'm not sure exactly how much that is.

Is it $200 for each day, week, month the restaurant serves the oversized beverages? Or is it $200 per drink 'illegally sold'? It could be a mere pittance easily swallowed by the owner and then that owner will not change his/her drink selling policy and nothing changes (dietary or otherwise) or a truly insane and outrageous penalty depending on the details of the fine. Then that would prove the policy is more then a public policy to fight obesity but a revenue stream as well.
0 Replies
2
Reply Thu 31 May, 2012 01:57 pm
@tsarstepan,
What if I order a large diet coke? Will the police send expert tasters to ensure it's diet? Will milk shakes still be available? How about those health club smoothies?
1 Reply
1
Reply Thu 31 May, 2012 02:07 pm
@engineer,
That would make a massive new city department. Great for completely wiping out unemployment in the city. That every restaurant in the city will now have a taste tester to test every single large beverage served to every customer.

Hope these new officials will get a very comprehensive health care program to help them recover from all the supersized nondiet cokes and sugary drinks that will 'accidentally' get sold in these restaurants.

well, like many women, the mayoress wants to watch her figure

Again djjd62? This nonstop behavior of yours making assignations on Bloomberg's gender/sexuality (since you refuse to ever say which), is getting rather tiring. We all get it, you don't like Bloomberg. Newsflash, neither do I; however I am not going to refer to him as a woman.

Do you think this limited ban of soda consumption will work in controlling the obesity epidemic?

(1) I don't blieve there is any such a thing as an "obesity epidemic." Traditionally, at least, in order to have an "epidemic", there must be a vector e.g. a germ or virus. There may be an obesity problem of "epidemic proportions" (although I doubt it) but that's not the same thing;

(2)No, I don't think any such ban wll have any effect whatever. Bloomberg is an out-of-control control freak. He's worse than any Yiddisher mama I ever knew, telling everyone at the table, "Make sure you eat all your vegetables." Banning trans-fats was bad enough. Who the hell are these people trying to tell me what I may or may not eat or drink? I am sick and tired of it.

(3)Thank whatever supernal powers there be that this jerk cannot run for re-election. He's done enough damage already, already.

I wonder how major chain restaurants would loophole themselves out of this regulation if it passed. Add a little fruit juice to the soda mix and call it something other then soda like suice? Sell 10 or 12 ounce cups or bottles of soda for the price of the present day 20 ounces and sell them at buy one/get one free? Do you think this limited ban of soda consumption will work in controlling the obesity epidemic?

The ban is only on selling super-sized surgery drinks--those over 16 oz in size. But nothing will stop a person from buying more than one 16 oz soda, if they can't live without 32 oz of soda, and the chains can still give free refills if that's their policy.

And the restaurants can make more money by raising the prices on the smaller sized drinks, so they shouldn't complain too much.

I don't think this will make much of a dent in the obesity epidemic, but I do think it may help to alter the super-sized mentality for drinks loaded with sugar--people will grow accustomed to the smaller sizes, and, for those who were consuming the mega-sizes, they'll likely grow accustomed to being satisfied with a little less. Those who can't, can always buy more than one to satisfy their craving.

I do think portion sizes--and that includes sugary drinks, as well as a lot of other things--have continued to grow. And as those portion sizes have grown, so has the size of people's waistlines. Portion size does contribute to obesity, and other health problems.

I agree with the other efforts Bloomberg has made--getting the trans-fats out, and getting calorie counts posted--and I think this super-size sugary drink ban is another move in the right direction. Even if it doesn't affect obesity much, it helps to raise awareness and educate the public about the dangers of excessive sugar consumption.

A 32 oz Coca-Cola--what McDonald's calls a "large" size has 86 grams of sugar, and 7/11's "Big Gulp" of Coke has 91 grams of sugar--that's the equivalent of over 20 teaspoons of sugar in a drink that size--a whopping amount of sugar. Bloomberg's ban would affect restaurants but not convenience stores like 7/11.

Two-thirds of American adults and over half of Canadians are overweight or obese (1-2). In addition to the significant cost it imposes on the nation's health care system, obesity at any age increases the risk of many chronic illnesses, such as cardiovascular disease, some types of cancer, and type 2 diabetes, and can significantly worsen quality of life.

The substantial increase in calorie intake from sugar-sweetened beverages is explained in part by increasing portion size: the 6 1/2 ounce single serving bottle enjoyed in the 1960s has given way to the 20 ounce drink found in vending machines and store cold cases, and to the 20-32 ounce drinks in chain stores and restaurants. The New York initiative specifically targets this problem and attempts to bring serving sizes of these beverages back to a more reasonable range. Although the relationship between sugar-sweetened beverage consumption and increased calorie intake is strong, it should be noted that not all research demonstrates a link between sugar-sweetened beverage consumption and obesity.

Sugar-sweetened beverages have also been demonstrated to have an adverse effect on obesity-related chronic diseases such as type 2 diabetes and hypertension. In a study of 91,249 women followed for 8 years, those who consumed one or more servings of soft drink per day were twice as likely as those who consumed <1 serving per month to develop diabetes. These effects remained significant after controlling for BMI, energy intake and other potential confounders. Studies have also found associations between sugar-sweetened beverage intake and blood pressure.
http://www.sacbee.com/2012/05/31/v-print/4528861/tos-supports-efforts-to-reduce.html

0 Replies
2
Reply Thu 31 May, 2012 07:20 pm
If he really wanted to cut down on the health risks, he would ban them altogether. Like cigarettes, they contribute nothing positive to our lives.

That said, nobody's going to tell me what to do. 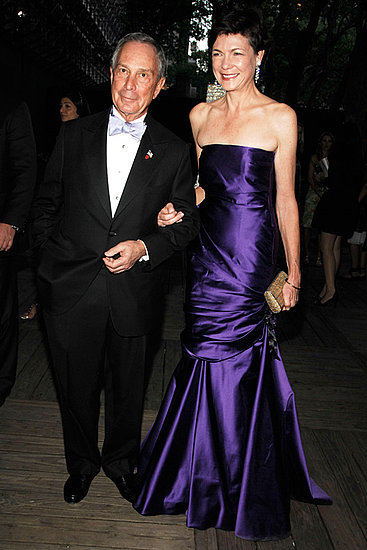