Is dating someone who's a different race okay?

Still another white girlfriend murdered by her black boyfriend!

With girlfriends it is 20 to one.

BRENTWOOD — Jackson Mwangi, 29, was sentenced to 40 years to life in prison at about 3 p.m. today for the murder of his estranged girlfriend, Randi Huntley of Danville, June 1, 2010.

In a plea deal, Mwangi pleaded guilty to second-degree murder in exchange for that sentence. He faced a first-degree murder charge, which carries a potential sentence of life in prison.

Mwangi had moved out of the home he shared with Huntley and their 4-year-old son earlier in the spring of 2010.

He took their young son with him on a shopping trip to buy a BB gun, hunting knife and zip ties. The child was present when Mwangi stabbed Huntley, then bludgeoned her with a sledgehammer after she fought back, according to court documents.

leave this one alone

So sorry if it is contrary to your racist "liberal" Dogma about interracial dating.

Actually, I am doing you "liberals" a favor. Obviously you open minded "liberals" are unaware of the facts and data that I am posting. Largely through your Dogma block.

So a few of you who actually read these lamentable crime stories might learn something. Maybe this new awareness of the real world will save some lives some day. Maybe of somebody you know.

the next time i see a post about a bout a black man killing someone i hope it's you or pamela in the story
1 Reply
Below viewing threshold (view)
-7
Reply Thu 17 Nov, 2011 06:26 am
@Tabludama,
Remember ladies, when you date or marry someone, you bring them into your family. In this case the interracial risk ratio gelled with tragic consequences for this womans mother and another friend. 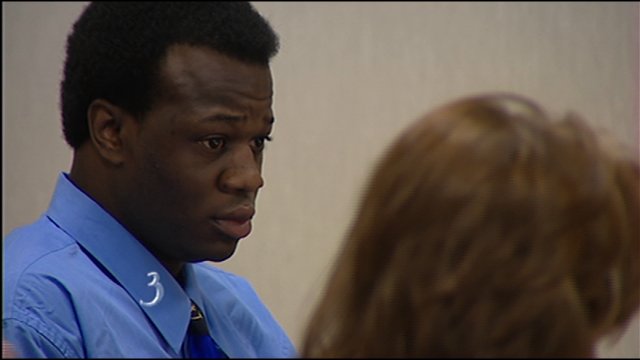 Tearful testimony in Burlington Thursday-- as the state's star witness took the stand at the trial for the Essex shooting rampage suspect.

Christopher Williams' ex-girlfriend testified about her relationship with the man who went gunning for her when it ended, but wound up killing two people including her mother.

"I had tried to call my mom, my sister and my mom's neighbor," Andrea Lambesis testified.

"And were you able to reach any of them?" asked Chittenden Deputy Prosecutor Justin Jiron.

Andrea Lambesis fought back tears as she told the jury how she desperately tried to reach her mother fearing her ex-boyfriend Christopher Williams had harmed her.

Lambesis-- a teacher-- made the call from the Essex Elementary School as it was in a lock down due to a report of a gunman in the building.

She feared the gunman was Williams and that he was on a rampage because she had ended their troubled 2 1/2 year relationship the night before and he was angry again. Perhaps you need a new interest in life?

Another white teacher murdered by her black boyfriend!

MILWAUKEE - The Milwaukee County District Attorney has charged a man from Milwaukee with the murder of an MPS teacher.

He also faces a sentence of up to life in prison if he is convicted.

According to the criminal complaint, a witness said that Savage and Manzke got into an argument at the door of Manske's apartment on the 7300 block of West Burdick Avenue on June 29th.

The witness then saw Savage go back to his car, go into Manzke's house, then heard a scream from Manzke, and saw Savage return into the car and leave.

COUNCIL BLUFFS, Iowa -- The prosecution's case in a Pottawattamie County murder trial became too much for the victim's mother to bear Friday morning, and she ran from the courtroom in tears.

Stan Tribble faces a first-degree murder charge in the death of his wife, Tracy Gostomski-Tribble.

Mary Gostomski ran from the courtroom as prosecutors called police to the stand to talk about the day they found a body in the river.

Earlier, the victim's father, John Gostomski, said Friday morning in court that he objected to the marriage between Tribble and his daughter. He said Tribble had gotten another woman pregnant a year before.

"I told Stan to his face, if he's so set on marrying someone, why not marry the mother of his daughter and not my daughter? Stan said, 'I love Tracy so much.' I told Tracy about my objection to their marriage, talked to Tracy about it, primarily because he just got another woman pregnant, now he wanted to marry my daughter. She didn't take it well. We didn't communicate for a while, then we made up," Gostomski testified.


He said she had severe blunt-force trauma to her head, and explained how serious those injuries were.

"If she had survived and gone to a hospital, she would have needed major reconstructive surgery and probably would have resulted in disfigurement," Klein said.

Klein said the body had bruises on the legs and torso. He said two teeth were missing from her upper jaw.

Too bad she never realized the facts of the real world until it was too late. Too bad her good "liberal" parents evidently never advised her about black men with a racist chip on their shoulder who dont take rejection from white women well.

It was a very emotional morning as the prosecution called their witnesses to the stand Friday at 8:30 a.m. Testimony began with Jennifer Doyle, Ulmer's best friend. She said Ulmer was the best friend a person could ask for and trusted everyone to do the right thing has nothing to do with me being a liberal (which i'm not, we've had this conversation before), if you have a point you've made it

Please note that I always put the word "liberal" in quotes. This is because so many of todays leftists, communists, anarchists, call themselves liberals and are obviously not. True liberals are honorable people but they are very rare these days with liberalism being totally corrupted by radical leftist dogma and hypocrisies since the late 60s.

So, dj, if not a liberal, what are you? A leftist? Communist? Anarchist? Libertarian? Or what?

Wishing your opponent on a political forum to be murdered because he has a different opinion is classic infantile,totalitarian, "liberalism". You are the mirror image of racist whites who wished that the Klan would murder white liberals(Note, no quotes) helping in the black struggle for Civil Rights in the 60s.

BTW, do you fantasize about murdering all political conservatives and becoming a dictator of the USA like Stalin was for the USSR?

Wouldnt surprise me a bit.
4 Replies
1
Reply Thu 17 Nov, 2011 08:08 am
@Tabludama,
i follow no political party or ideology, i've voted for everyone in my voting career

BTW, do you fantasize about murdering all political conservatives and becoming a dictator of the USA like Stalin was for the USSR?

if "all" politicians were honourable folks as most claim, they'd kill themselves for being the scumbags they actually are

as for ruling anything, i'll leave that to the scumbag politicians in return i ask that they leave me alone, it's worked pretty good for me for almost 50 years
0 Replies
Below viewing threshold (view)
-8
Reply Thu 17 Nov, 2011 08:14 am
@Tabludama,
Quote:

This troll's a one-trick pony, with clearly nothing else to offer ... everyone who doesn't share his racist views is a "liberal" ... nothing to see here ... moving on

By all means if you cant ignore your conscience, put me on ignore. Your Dogma block evidently is disturbed when you view the facts and evidence that I document.

Actually, you are the racist in this argument, not I.

I am presenting facts,logic and documented criminal cases to support my contention that interracial dating and marriage of a black man can be dangerous to a white woman.

You are the cowardly "liberal" on this issue. Or is using the term, "cowardly liberal" or "racist liberal" redundant ?

"He who passively accepts evil is as much involved in it as he who helps to perpetrate it. He who accepts evil without protesting against it is really cooperating with it."


You "liberals" are such whining cowards about obvious black racism and their race hatred of whites.

Instead of judging people by the "conduct of their character" as MLK advocated, "liberals" judge violently racist blacks solely by the color of their skin, exempting them from almost any condemnation for their conduct.

Yet, ironically, "liberals" call those who honestly judge black thugs by their conduct of their character and not by the color of their skin, as the "racists.

Gracie may rule and I happen to agree with her here, still a child of 13 should not be on this system interacting with adults and her father is not doing his due diligence in monitoring her internet usage in my opinion.