Little Joe, I didn't know you wore glasses... and your mom
takes a good picture, but she needs to look at the camera.

Little Joe picture between PrezBO and Princess Pelosi.
Prince Reid is in the picture but refuses to pose with the special little tard named Joe.


Will these liberaltards ever grow up? 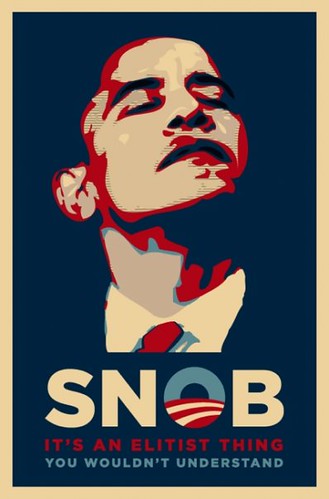 1 Reply
2
Reply Mon 2 Feb, 2009 08:35 pm
@H2O MAN,
H2O man. I hope that you noticed that Joe From Chicago's avatar is Richard J. Daley--the father of the Daley clan. Joe from Chicago is a prize winning hypocrite. Joe from Chicago poses as a LIBERAL who is for the little guy, yet, his hero, on his avatar, was a fascist who decreed that the police should shoot to kill in the 1968 riots at the Democratic Convention in Chicago.
0 Replies
1
Reply Mon 2 Feb, 2009 11:07 pm
@farmerman,
Please, Mr. Farmerman. Don't you know you should not be "conversing" with me? Mr. Setanta, the resident Fascist has descended to the adolescent use of pictoral graffitti. What you may not be aware of, Mr. Farmerman, is that Mr. I cleaned Mr. Setanta's clock thouroughly a few years ago and now he is practically urninating on himself in fear when he sees my posts. Why else would he try to censor me?

With his massive intellect, Mr. Setanta could embarrass me completely by showing just how wrong I am in my ideas. But, as he and Joe from Chicago discovered, they cannot defeat my ideas so they descend to adolescent tactics to silence me. They have adopted the tactics of the Nazi Goebbels, who met with German Editors every day and told them what to print and how to slant the news.

First of all, you seem to be unaware that the US has a tradition of listening to and reading extremists. They usually don't last too long because they appeal to a fringe element.

Father Coughlan, in the thirties, was a Roman Catholic Priest who had a large audience. He was also rabidly opposed to "evil" corporations and preached Antisemitism. His views fell by the wayside when the pressures of foreign events became all important.

FDR's brain trust were duped into extolling the virtues of Soviet Russia and Joe Stalin. If they had been allowed free rein by the American people, they might have taken us to the far left much sooner. They were, of course, aided by the Depression when many looked for any solution to the downturn.

I do not think that Mr. Limbaugh will realign his rudder to become more in line with the (apparent) new direction that the party will be steering. He is primarily an entertainer and, secondarily, an ideologue. Many of FDR's "brain-trusters" never swayed from their attachment to the Soviet Union until the cold war started.

We shall see how President Obama leads the country. I will confidently predict that if the economy has not materially gained by 2010, the Democratic Party will lose dozens of seats. It will be Bill Clinton-1994-deja vu.

Even more ominously, the Democratic Party and its leftward direction may be shattered if the prediction of Vice President Biden comes to fruition. You will recall that Vice President Biden held that President Obama would be seriously tested by the enemies of the USA in his first year. If, God forbid, a nuclear device is triggered in an American city, the American people will not forgive the President's inability to keep us from harm.

We shall see, Mr. Farmerman.

You may not wish to answer this post. I do understand if you are also, like Mr. Setanta and Mr. Joe from Chicago, unable to engage in a test of ideas.
I can tell, from your avatar, that you would not, like they, shrink away in fear, unable to respond.
1 Reply
1
Reply Sun 8 Feb, 2009 10:47 am
Rush is a freak of nature...he failed long ago...he represents all that is crazy in the USA...a born- again far-right hypocrite...anti-drug zealot turned pain pill addict...married 3 times, no kids, pro-family value advocate-he is probably a closet gay, with many women issues he never resolved as a child-he probably never was a child...he was born an adult with his wierd way of viewing the world already imprinted in his mind...
he should move to Alaska with sara palin and compare notes with her...hopefully they will both fade into the past with their archaic ideas of life in the dark ages...the USA is great because we weed-out prejudiced people like him and try to improve the future, not live in the not so good past...
if people like him were in control they would bring back slavery, fight religious wars, build walls to keep people out, and outlaw behavior they don't like...sorry... we just ended 8 years of that kind way of government rule...
let the far right fade into the past as they have in the past......

0 Replies
1
Reply Sun 8 Feb, 2009 12:12 pm
@genoves,
Please dont invoke any acrymony that you may have with setanta or joe/chicago. This topic lives on its own. Ive had my runins with your many personalities in the past (abuzz years) and thought that you had a lot in common with D John. But, that be another topic.
Ive made several allusions to the Schulberg character "lonesome Rhoads" as the radio demagogue in the 1940's. Limbaugh is closest to reality version of Lonesome that Ive ever heard. I think that he realizes his best audience numbers when he can whip up a dose of fomentum dealing with faults, or perceived faults of non republicans.
Im amused as to how he made the easy transition of blaming Clinton as the root cause of Bush's shortcomings, to immediately translating Bush's problems over to Obama. ALl done with nary anything up his sleeve. Its obvious where his loyalties lie . I wonder of the fairness doctrine review has him scared?
1 Reply
1
Reply Sun 8 Feb, 2009 12:57 pm
THERE IS NOT TIME FOR FAILURE!!!!

Ecclesiastes or Preacher
1:1
"The words of the Preacher, the son of David, King in Jerusalem."

A time to use a Swiffer and a time to vacuum.

Mine is more relevant to the world of today
0 Replies
1
Reply Mon 9 Feb, 2009 02:03 am
@farmerman,
I do not doubt that Limbaugh may be running scared of the fairness doctrine but then there are so many other venues to shut down--Fox might be the next to go after Limbaugh.

You realize, I am sure, that there would be no Limbaugh without an audience of Millions. This, I feel is a comment on the massive imbecility of the American Public as a whole. You know,of course, that illiteracy is endemic among Americans, especially African-Americans and Hispanics. They are prone to getting as many twisted and erroneous messages as the Limbaugh sheep.

I don't know what Limbaugh did to blame Clinton for the cause of Bush's shortcomings. I think that is a stretch. Clinton is sui generis. The best comment I ever read about Clinton came from the Presidential Historian- Dr. Fred Greenfield,Political Professor and Director of the Woodrow Wilson School of Leadership studies at PRINCETON.

"The politically gifted, emotionally challenged William Jefferson Clinton provides yet another indication of the fundamental importance of emotional intelligence in the modern presidency...he is likely to be remembered as a politically talented underachiever".

I appreciate your gentlemanly tone, Farmerman. To me it is an indication that you are secure enough to converse with others who may not agree with your philosophy.
0 Replies