After the North Sea flood of 1962, we've those barriers here in Germany.
(And after the terrible flood of 1965 in my region, we've got dozens of retention basins in the hilly regions, the historic floodplains on the rivers are back again as natural retention area ...)
2 Replies
3
Reply Fri 14 Feb, 2014 10:18 am
Stunning photos, Lordy. Your floods are getting little coverage on our side of the Atlantic. We have our own problems with the weather.
Here in Virginia's mountains we had 12" of snow in two batches. Sunny today with temps in the low 40's.
I am trapped in my house. I am a mere 15' from my car which is another 20' from the cleared road. So near yet so far.
I sure do miss the "good ole boy" Percy. He handled the plowing but had to retire a couple of years ago. He explained to me the art/science of pushing snow around.
I didn't go into my shop again today. Matt, one of my staff, did and reported that our 32-space parking lot was impossibly blocked. He asked if I wanted him to try to find someone to plow it. "Fat chance," I replied.
He called later to report that it had been done at a very reasonable price. He suspects that the guy was actually working for someone else at the time and was picking up some quick cash on the side.

How are those storm surge gates on the Thames holding up? Is one of those pix of those?


No, those pics are down on the South coast and West Wales. They're bearing the brunt of the 100+mph winds. The Thames has been overflowing from about Windsor right down to Chertsey,a distance of about twenty miles or so. Meanwhile the 'levels' down in Somerset are still underwater, and the agricultural boffins are now saying that the grass is dead underneath.....anything over about three weeks submerged will be no good for grazing, and when it finally drains, they say that it will be like a 'fetid swamp', not fit for cud munching until late autumn or even next spring, when it has recovered.
Thousands of tone of sileage and hay bales are now being donated by fellow farmers up and down the country, including the Queen's farm. She is sending quite a huge amount....well, not personally, as I'm sure she has a bandy legged lacky to do that sort of stuff for her.
Real community spirit starting up......


Newlyn in Cornwall...
http://www.bbc.co.uk/news/uk-26201276
2 Replies
1
Reply Sat 15 Feb, 2014 04:02 pm
@Lordyaswas,
Interesting night last night. Not many people in the south of England had much sleep. I had what sounded like a loud, fast freight train go past my bedroom window for about five hours.

Some pics of the aftermath, coutesy of the BBC.....

On Hove Promenade, near Brighton, a public bench is covered by pebbles thrown up by the storm. 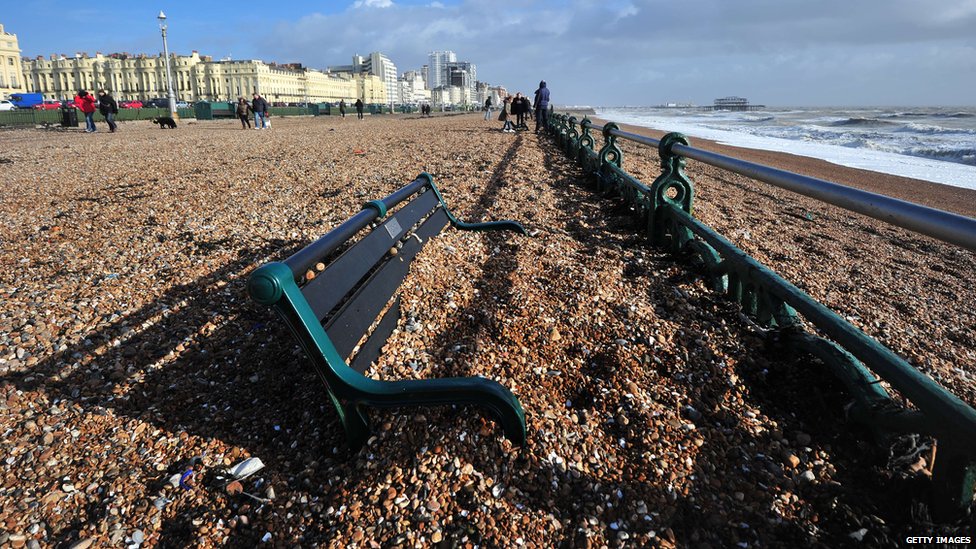 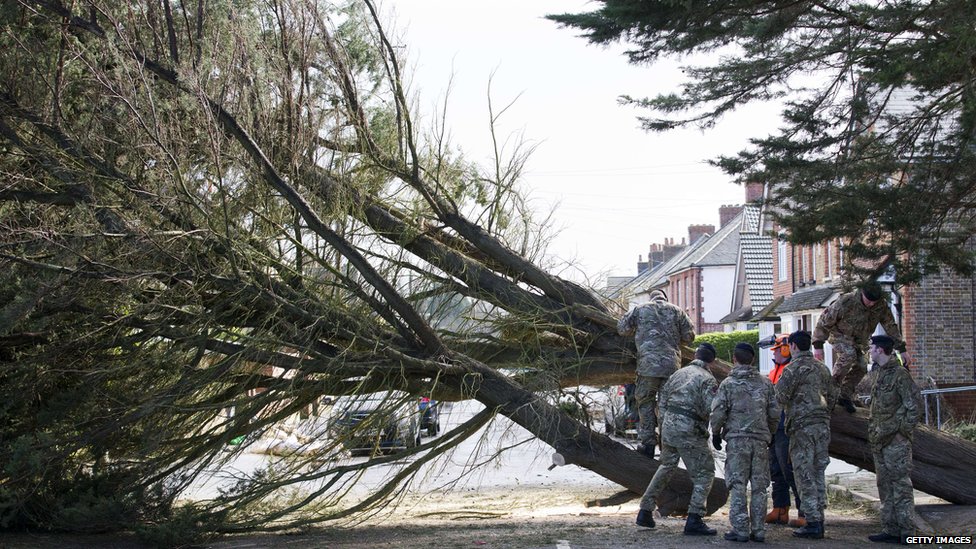 Personally, I don't think they make trees like they used to.

I'm considering writing a letter of complaint, when my writing paper has dried out.

I first suspected trees were being made with inferior water and ingredients when the old Osage tree keeled over during a hurricane.
1 Reply
1
Reply Sat 15 Feb, 2014 04:18 pm
@Sturgis,
Please send me the details and I will include it in my complaint.
1 Reply
1
Reply Sat 15 Feb, 2014 04:31 pm
@Lordyaswas,
Well it was standing there plain as day one day and then the next thing you know this mild breeze of 130 m.p.h. came through and pushed it right over on the roof of a car. No warning at all.

Now some might say it was reaching out to protect the car; but, I got my doubts.

Really miss that tree and those bumpy green balls which'd fall off of it and develop a lovely consistency for a ball tossing fight. (we were strange kids)
1 Reply
-2
Reply Sat 15 Feb, 2014 08:33 pm
@Sturgis,
Now some might say it was reaching out to protect the car; but, I got my doubts.
----

It was saying "You've polluted my air, you ******, for the last time. I got you in my last dying gasp!"
0 Replies
1
Reply Sun 16 Feb, 2014 05:17 am
@Lordyaswas,
Jesus, Id try sailing around that kind of sea that's crashing into that town.
Keep the spirits up,
Does this event establish any new flood levels for you?

Does this event establish any new flood levels for you?