Understood. I’m wondering about knee braces myself due to having been a jogger. I tried to avoid concrete as much as I could. I don’t jog much nowadays. Walking is quite enough for me.

Even though asphalt has a bit more give, I doubt it is much more forgiving. I think the human body works better if we walk on dirt. That’s how we made it through evolution as well as we did. Also, that lateral motion while carrying weight (groceries, tools, etc.) is really bad.

I was so happy to have a long term job that I pushed myself to the limit. Now when we walk in the park I spend as much time on the grass as I can.
1 Reply
1
Reply Mon 7 Jun, 2021 05:29 am
@eurocelticyankee,
eurocelticyankee wrote:

Well Hiya Ed, it's great to see you back on A2K, bringing a sense of normality back to the place.
Whenever I need a laugh I've always got my go to guy Dave Allen.
He never lets me down.

I let a few things bother me enough to leave here. But it turns out I no longer give a crap about it and so I came back. Thanks for the video. I have been lamenting the lack of that video since I got back. Look around. There is less funny stuff online now than ever before. My humor and oddities thread languishes because I am not funny enough to take up the slack. What does a guy have to do to have some fun around here? Watch Roseanne Barr videos? Geez, I'm dying here.
1 Reply
2
Reply Mon 7 Jun, 2021 05:46 am
@edgarblythe,
Celebrate the fact you at least have a sense of humour Ed unlike some of the two dimensional characters who take up way too much space on A2K. 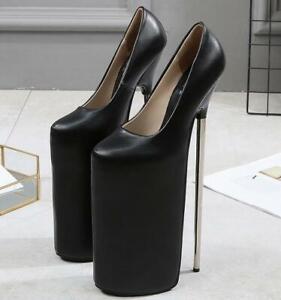 The Cowboy Code By Gene Autry

2. He must never go back on his word, or a trust confided in him.

3. He must always tell the truth.

4. He must be gentle with children, the elderly, and animals.

5. He must not advocate or possess racially or religiously intolerant ideas.

6. He must help people in distress.

8. He must keep himself clean in thought, speech, action, and personal habits.

9. He must respect women, parents, and his nation's laws.

I copied this in the Your Daily Quote thread. When somebody attacked it, Merry Andrew defended Gene, pointing out that Gene had been a rancher on his father's ranch and served in WWII in the Army Air Corps among other good points. This was his ideal code for cowboys. The reality was not always the same, but for old time westerns it works.
0 Replies
1
Reply Tue 8 Jun, 2021 06:56 am
https://gizmodo.com/frozen-in-siberian-permafrost-for-24-000-years-microsc-1847045211
Frozen in Siberian Permafrost for 24,000 Years, Microscopic Animal Comes Back to Life

0 Replies
1
Reply Tue 8 Jun, 2021 07:45 am
Everybody likely has movie favorites that speak to their own lives in ways significant and unique. I know I do. For beginners, there is The Grapes of Wrath. It tells the lives of persons just like my mother's family. The big difference being that when her family reached California the authorities were at the border, turning moneyless families away. Thousands per day had kept flowing in. They resumed a life of cotton picking in Texas. There were actually other crops besides cotton. Mom liked picking strawberries the best. It was not until after she married and had three children the opportunity to be in California came up again. She left her husband and went with her parents to San Diego. Her parents didn't even like California. They returned to Texas, but Mom married again and stayed behind. When I was small, many of the kids I knew in California had very heavy southern accents. I recall being ridiculed for calling aigs eggs. The Grapes of Wrath always conjures the early days and remains my favorite all-time movie because of that.
0 Replies
1
Reply Tue 8 Jun, 2021 08:22 am
Adjusting the theme from my last post, books have the same effect on our lives, of course. It was not that many years after I learned how to read that I discovered Oliver Twist. It spoke to the life I had under the poverty and oppression of a demented stepfather.

At age nineteen the works of Philip Wylie helped to form me politically and opened my eyes to the foibles of society. It is an experience that keeps giving to this day. One example, he wrote about how easy it would be for a coup to succeed in this country. Of course it takes somebody more organized and intelligent than a goober like D. Trump to have a chance at succeeding. That's where the Koch brothers and their ilk come in to do it by stealth.
0 Replies
1
Reply Tue 8 Jun, 2021 08:31 am
Other movies and books that are a part of me in important ways are Catch 22, The Americanization of Emily, Elliot Gould in Getting Straight, The Tortilla Curtain, works characterized as "beat," Midnight Cowboy, Born on the Fourth of July, the autobiography of Malcolm X, some essays and speeches by Martin Luther King, Jr. and some by Jesse Jackson - almost everything is pre-21ST Century.
0 Replies
1
Reply Tue 8 Jun, 2021 08:36 am
Music - The release felt with the discovery of Rock and Roll - I was in the ninth grade when it entered my world. Music was already my greatest refuge. With the coming of folk singers such as Harry Belafonte and Peter, Paul and Mary, the music became even more personal. Bob Dylan, Woody Guthrie, Huddie Ledbetter, Phil Ochs, Joan Baez, Leonard Cohen dozens more -
0 Replies
1
Reply Tue 8 Jun, 2021 08:37 am
Last but not least the writers and filmmakers pushing dystopian themes.
0 Replies
1
Reply Tue 8 Jun, 2021 09:25 am
I forgot to mention Henry Miller among the authors. Also neglected cartoonists, such as Walt Kelly (Pogo), R Cobb, and Robert Crumb.

I don’t dislike Crumb, I quite like him, but Sheldon just noses it in my book.