Forums: Politics, Conflict, Debate, Argument, Personal Relationships
Email this Topic • Print this Page
Reply Sun 20 Sep, 2020 08:37 am
I got into a prickly exchange in another thread - and it touched on the issue in this thread’s title.
Now, while I enjoy a good contentious back-and-forth as well as anyone (maybe even more. Maybe too much.) this particular piece of discussion got me thinking there might be enough there to start a new thread with.

In my opinion (that’s admittedly bolstered mostly by a bunch of personal anecdotes ), there have been a lot of people that had a lot of disruption in their personal relationships - stemming entirely from the election of 45 in 2016. I experienced a change in the way I interact with people who revealed that they voted for him. I say revealed because I believe some people I know are 45 supporters but will never admit it.

I’ve come to think that differences over social/political issues can be legitimate cause for some disruption of personal relationships. Especially the kinds of differences between people who support 45, and those who do not. I say especially because of the size and weight of the differences at hand.

And that’s only TWO. There are literally at least a dozen more just as daunting.

I submit that it is not natural for two people in a friendship or other close relationship to simply “agree to disagree” about ALL these things, and go blithely on without it changing the relationship.

I submit that every healthy human relationship- even under the best, most pristine of circumstances, experiences some type of conflict from time to time. How could it not?

I’ll be as clear as I can...
I can’t reconcile the notion that someone who is a good and decent person can be someone who supports a man as vile as 45 and all the vile white nationalism, vile misogyny and personal vileness he represents.
It is in my thoughts when I interact with them, and if I interact with them long enough, it will be expressed in my words.

How could it not?

And beyond that, shouldn’t those kinds of differences be aired out?

I get the idea of the right time and place. It’s just that I can’t believe that these things don’t fester in the silence and the dark.

I like peace and harmony, too. But not when it’s at the expense of truth.

I would only answer that I don’t think of people I know as being vile, but by enabling something vile they become implicit in the vileness.

(the last comment in the linked post may or may not be particularly relevant though)
1 Reply
1
Reply Sun 20 Sep, 2020 09:45 am
@justaguy2,
Thanks, man. I saw and replied on the other thread, but I’ll repeat it here.

It’s certainly not that I think everyone that votes for Trump is as vile as Trump.

I can’t reconcile the notion that someone who is a good and decent person can be someone who supports a man as vile as 45 and all the vile white nationalism, vile misogyny and personal vileness he represents.

Single issue voters are one case in point. Again, I'll give an example I posted the other day. This guy I buy lobsters from — we're not close friends but I've never had any ill will towards him and we've always been on good terms — he's voting for Trump. The only thing he cares about is the f*cking capital gains tax. While I think this dumb, it's not going cause me to begin treating him disdainfully or boycott his business. But when someone's obviously swallowed the whole septic cocktail of Trumpism — anti-mask, QAnon, "lock her up", anti-reproductive rights, "law and order", profits over people, political christianism, climate change denial, etc — well, that's a different story. The thing is, I doubt that I would have gotten to know anyone like that well enough to ever consider them a friend or even someone with whom I can do business, unlike the acquaintance in my example.
0 Replies
1
Reply Sun 20 Sep, 2020 11:16 am
For me, it depends on the person. I have in-laws who I consider to be complete assholes. They support Trump. They also hold attitudes that I would consider to be racist even without Trump.

I have a friend at work who is libertarian. He supported Trump in 2016 because he feels the Democrats are a risk to business and his idea of freedom in the economy.

I have in-laws who I consider to be complete assholes. They support Trump. They also hold attitudes that I would consider to be racist even without Trump.

1. My ex-wife has never been black. You are making that up (or do you have a link).

2. When. I talk about in-laws here. I mean relationships by marriage .. not through my wife. My sister's husband is an inlaw.

You certainly gave that impression.

How about your son, is he still black?
1 Reply
0
Reply Sun 20 Sep, 2020 12:06 pm
@maxdancona,
Because Izzythepush wants to lick your ass. He loves you and is infatuated with you like a lost puppy.

Just like he is me. Watch the next comment he makes about me. Will be something like "At least I am not infatuated with dead children" or some other bit of idiocy.
0 Replies
0
Reply Sun 20 Sep, 2020 12:12 pm
@izzythepush,
Stop being an asshole Izzy.

For the record, my ex-wife is Mexican. My son is Hispanic. He is adopted, not my biological son. And none of this has anything to do with my opinion on this topic.

You are picking a fight with me over nothing.


1 Reply
1
Reply Sun 20 Sep, 2020 12:35 pm
@maxdancona,
You just said your in laws were racist. I wasn’t trying to drag your family into anything I was responding to something you’d just said.

There are a number of people who believe there is a history of racial oppression that is ongoing, but are not ready to support the BLM movement. There reasons that people might be repulsed by the BLM movement from the disrespect of the flag, the the acceptance of looting as a valid form of protest.

If you are unable to have a respectful dialog with someone who supports Trump (or someone who doesn't support Trump) there is very good chance you are missing something. You are starting and ending with your own ideas with no chance to actually find out what the other person actually thinks.

2 Replies
1
Reply Sun 20 Sep, 2020 02:57 pm
@snood,
As you're aware from my postings over the years, my own political leanings are occasionally further to one side or the other. A prime example being the Presidential elections of 2000 and 2004 when I marked the ballot for George W.Bush. It was the only Presidential election that I ever went Republican. Mind you, I have voted Republican for other elected folks. (although never in gubernatorial or mayoral runs)

For the most part I have been able to clearly indicate what tipped my vote in a particular direction. That is what I use as a gauge for deciding who I am able to maintain a friendship with.

When it came to the current President, I actually knew of (in real life, not internet life) only one person who was pro-Trump. That is, one person who openly stated his thoughts. He was also strongly anti-Clinton. On the other hand, he was not particularly pro-gun rights. He additionally was for the most part, open minded and accepting of others, regardless of their gender, race, lifestyle choices.

My relationship with him essentially hinged on not discussing politics. We talked along those lines, prior to the election and for a short time after. Then on, only about other things.

Living in a part of NYC which leans to the left, it's rare to cross paths or swords with people who apparently have no heart. They are not people that would intentionally hang out with. Not even for a cup of coffee. (Unless they were at risk of picking up or inflicting harm to themselves)

Which always makes me wonder why the sanctimonious jerks are against BLM on that front. Many of these against BLM parade around in t-shirts, shorts, dresses, other clothing, including bandanas and now face-masks which have the image of the American flag. That is in and of itself a violation of flag code. Two-faced hypocrites are in my mind, worse than a character in love with Trump policies.
0 Replies
1
Reply Mon 21 Sep, 2020 10:34 am
@maxdancona,
Apparently truth and honesty and good character don't mean shut to you and most republicans or you and they couldent possibly vote for Trump.
0 Replies
-2
Reply Mon 21 Sep, 2020 11:15 am
I am an 84 year old white male. Most of my close friends are also older white men...most of whom are also golfers.

I work 2 days a week at a county golf course in one of the richest, most conservative counties in America...and since free golf is one of the perks of employment, I play golf at one of our five courses regularly...with very conservative individuals.

Snood, a first class asshole, feels a need to call me "a mealy-mouthed hypocritical liar" because I am not willing to give up my friendships with these folk.

Hey...no problemo. Snood lives a very unhappy, disgruntled life...so if calling me those things makes life even a tiny bit more comfortable for him...I say, "Let him. Costs me nothing...and I can still think of him as a full-of-**** asshole."

SNOOD...here ya go old friend. Maybe one of these two guys will help you feel a little better: 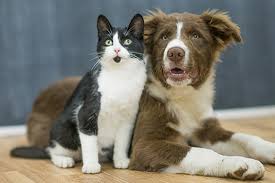