Why is Joe Biden being labeled a pedophile, and why are some folks making jokes about him being one?

Forums: Society, Politics, News, Media, Current Events
Email this Topic • Print this Page
Reply Wed 26 Jun, 2019 01:53 am
Hi. I am just a bit curious about this. From what I have seen and read and/or heard about online, people are inferring and/or insinuating that Joe Biden is a pedophile, and/or accusing him of being and/or labelling him as one, and/or making jokes about him being one.

I first learned fairly recently that this is apparently a thing from watching this little video:

Rather than disclose anything further about the video I thought it would be better to let the video speak for itself.

The idea that Biden is a pedophile is simply speculation based on his recorded behavior, nothing more.

I will, however, point out your attempt to make me a Trump fan when I've never mentioned Trump. Perhaps you would care to produce a post of mine in which I praised Trump, or even talked about him at all. Why don't you do that right now so that you don't look like you talk out your ass.
1 Reply
3
Reply Wed 26 Jun, 2019 01:53 pm
Quote:

He definitely has boundary issues; and I'm being polite.

Notice how this poor character equates "boundary issues" with pedophilia!

Politicians have been glad-handing men, hugging women, and kissing babies as long as I can remember. In turn, members of the public have been presenting their cute kids to them, thanking them, and basically kissing their asses for just as long. Some politicians are a bit stand-offish, tend to campaign in a perfunctory manner, and look uncomfortable practicing "retail politics"— Al Gore comes to mind. Biden is the opposite; he loves to work a crowd, he loves attention, and he loves personal contact. It's old-style campaigning and he's not the only politician who behaves this way.

Biden's not perfect and his record can be criticized — but jumping on the Pizzagate Express and accusing him of sexually molesting children says more about the accuser than the accused. 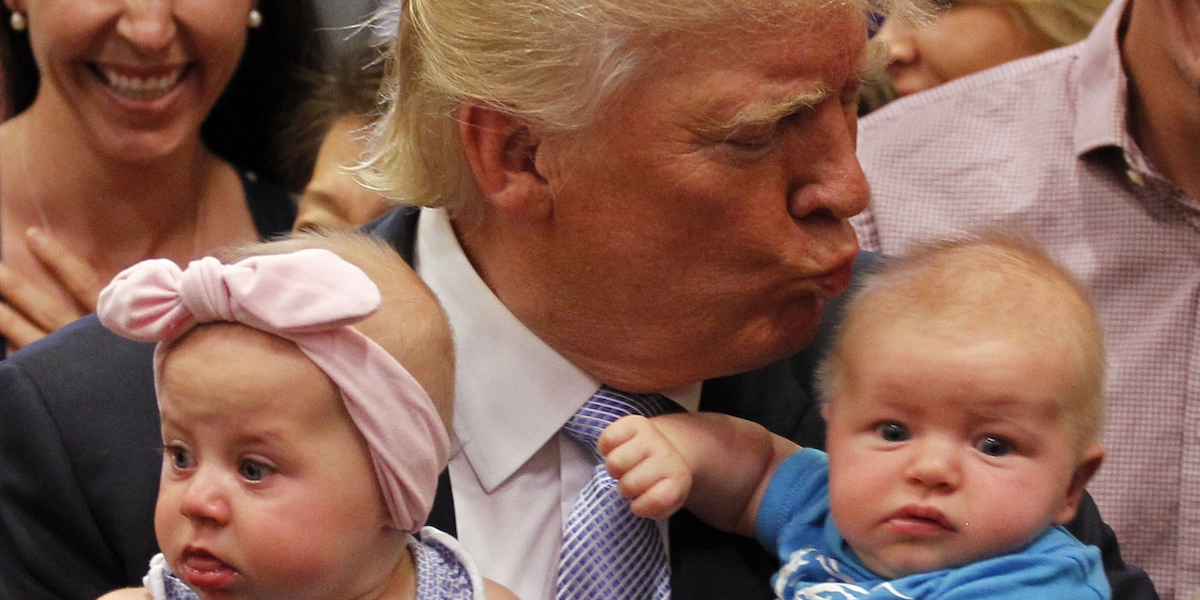 1 Reply
-4
Reply Wed 26 Jun, 2019 01:59 pm
@hightor,
Oh I never said Biden was a pedophile. I said that that suspicion is based on his recorded behavior. However, his recorded behavior definitely shows that he has boundary issues, and not with little boys.
2 Replies
3
Reply Wed 26 Jun, 2019 02:34 pm
@Glennn,
This is a sick game you are playing Glennn. It is the same sick game that the far right is using linking Hillary Clinton's behavior with deleted emails to show that their "suspicions" about her involvement in child prostitution is justified.

There is no justification for these insane conspiracy theories, and there is no rational reason to suspect either Hillary Clinton or Joe Biden of pedophilia.

Blame the wacko extremist idiots who are pushing these conspiracy theories.

This is a sick game you are playing Glennn.

Jeez, it's not like I'm advocating female genital mutilation or anything like that. Now that's a sick game.

I never equated Clinton's negligence concerning her emails to her being involved in child prostitution. What have I ever posted that caused you to think such a thing?

You are peddling nasty conspiracy theories about Joe Biden being a pedophile, and you are saying that it is Joe Biden's fault that these nasty runors are being spread.

People on the far right are peddling very similar nasty conspiracy theories that Hillary Clinton running a child prostitution ring, and are claiming it is her fault for deleting her emails.

What you are doing to Joe Biden is the exact same thing the far right trolls are doing to Hillary Clinton.
1 Reply
1
Reply Wed 26 Jun, 2019 03:09 pm
@Glennn,
Glennn wrote:

He has recorded boundary issues with little girls?
1 Reply
-4
Reply Wed 26 Jun, 2019 03:17 pm
@maxdancona,
Wow! I'm telling you about his boundary issues. You want to call that a conspiracy theory. Well, that's your right. I'm sorry that you're offended by how I perceive his behavior. There's nothing I can do about that.

claiming it is her fault for deleting her emails.

He has recorded boundary issues with little girls?

He has recorded boundary issues with little girls?

Yes. Yes he does.