Forums: Politics, Bush, American-Politics, U S-Politics, Us-Politics
Email this Topic • Print this Page
1
Reply Thu 30 Jun, 2005 05:31 am
And a minor correction: Germany did have colonies, they just gave them up in the peace treaty following WWI.

To this day Namibia (ex-German colony) is the best-run country in sub-Saharan Africa.
0 Replies
1
Reply Thu 30 Jun, 2005 06:36 am
Why has the liberal community accepted the virulent racism of countries like Australia, and busied themselves so enthusiastically, decrying the racism of other countries? Obviously, the racism is not their concern. Bashing the US is--or we would hear equal ..or increased criticism of countries with worse and continuing racism. The Nordic countries are nearly as bad as Australia. They just haven't had any blacks to oppress and throw out. They won't let them in.

Reject your double standard. Look at it fairly.

Why does racist Europe and Australia get away with racist immigration law?

And, lastly, I guess, how can anyone here twitter about the superior US policy on immigration and willfully shield their eyes from atrocities elsewhere?

But I know something about the laws in other Euroepn countries - if there are already immigration laws.
Obviously you forget that Europeans emmigrated (and still emmigrate) to countries like the USA, Canada and Australia.
Only since a short period (and for some European: not until now) immigration started to European countries as well.

When you look at the papers, what you do, you'll notice that (mostly) only the 'liberals' support and force forward immigration laws, at least, 'modern' ones.

"Slavery persists in Africa more than in all other continents. Slavery in Mauritania was legally abolished by laws passed in 1905,1961,and 1981, but several human rights organizations are reporting that the practice continues there. The trading of children has been reported in modern Nigeria and Benin. In parts of Ghana, a family may be punished for an offense by having to turn over a virgin female to serve as a sex slave within the offended family. In this instance, the woman does not gain the title of "wife". In the Sudan slavery continues as part of an ongoing civil war."
__________________________________________

Unless you know of similar conditions in Australia or Scandinavia, why don't you focus your attention to locations where a problem exists rather than where it doesn't?
0 Replies
1
Reply Thu 30 Jun, 2005 07:12 am
P.S. to Lash - if absence of black people from a population is your criterion for alleging racism, then either (i) all those African countries don't have it, or (ii) you only count it as a problem when white people are involved, ipso facto a racist interpretation along the lines of Kipling's appeal for the U.S. to pick up the "white man's burden"

0 Replies
1
Reply Thu 30 Jun, 2005 09:04 am
re Namibia... about a decade and a half ago, I saw a presentation by Canadian master photographer Freeman Patterson of photography he had done in the Namib desert of the interiors of long deserted mining town homes where the sand had moved in...incredibly beautiful 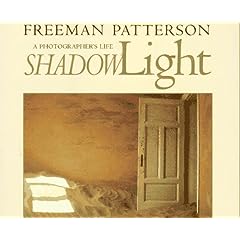 It sems to me, you are hitting on the wrong sack.

It sems to me, you are hitting on the wrong sack.

It's funny to watch the performance though.

While I agree with your idea that 1) racism is not defined by an absence of blacks and 2) racism is definitely not defined as white against black--I do fail to see why those ideas negate the racism of immigration policies that discriminate against dark-skinned people. Why does the presence of slavery among blacks--as well as genocide among blacks--equates to a pass for the Nordic countries and Australia?

Australia's horrific treatment of their dark-skinned scapegoats has been swept under a rug. Their discriminatory immigration policy is shameful--but seems fine with the liberals here.

Blatham and dlowan appear to be saying that addressing atrocities anywhere but America should be verboten. Why is that?
0 Replies
1
Reply Thu 30 Jun, 2005 04:07 pm
blatham wrote:

The US is quite ok on moral matters (such as racism or torture or war-mongering) because on any scale where morals are conceived as relative, the US looks sort of fine.

Did anyone actually SAY that the US is especially racist? Or is that in someone's fevered imagination?

I would be very surprised to see that accusation levelled against the US - I would have thought it a country that has demonstrated an extraordinary ability to absorb people from all over, pretty damned well, for some time.

And - in terms of its institutionalized racism against African Americans in the past - again, I would have thought the US had addressed that in its normal very public way as well as any country can be expected to do.


I do not know against what country one would be comparing the US in calling it racist?
0 Replies
1
Reply Thu 30 Jun, 2005 04:56 pm
Thanks rabbit. The USA has had its ups and downs on the issue of racism and equality in general, as has Europe, Australia, and Canada, but all have looked at it squarely on and have dealt with it and/or are dealing with it. There comes a time when things have been made as right as they can be made and it is time to put it behind us and take advantage of the freedoms and opportunities offered us.

I have been reading some of Australia's immigration policies. at least those of a decade or so ago, and think the United States should copy them and implement a lot of them pretty much as they are written; i.e. requirement that immigrants learn English; refusing immigrants social services other than in emergencies for six months, etc. Ours used to be as sensible and were rigidly enforced.
0 Replies
1
Reply Thu 30 Jun, 2005 05:31 pm
dlowan wrote:

The US is quite ok on moral matters (such as racism or torture or war-mongering) because on any scale where morals are conceived as relative, the US looks sort of fine.

Did anyone actually SAY that the US is especially racist? Or is that in someone's fevered imagination?

I would be very surprised to see that accusation levelled against the US - I would have thought it a country that has demonstrated an extraordinary ability to absorb people from all over, pretty damned well, for some time.

And - in terms of its institutionalized racism against African Americans in the past - again, I would have thought the US had addressed that in its normal very public way as well as any country can be expected to do.


I do not know against what country one would be comparing the US in calling it racist?

There is an important exception to this standard usage, however, and it was this exceptional case to which I pointed. To wit, in SACC when this exceptional case is invoked, "moral relativism" is turned fanny over teacup and becomes a term accompanied by rousing cheers and happy rouge-faced baby smiles and choirs of angels. Examples were alluded to above; ie torture, racism, war-mongering when the agency is American. In the case of such examples, SACC invokes the full positive powers of "moral relativism". Torture is no longer bad, you see. Racism, if it can be found anywhere else in this sector of the galaxy, becomes merely evidence of why America ought to be held still the most graced of nations lynchings not withstanding.
0 Replies
1
Reply Thu 30 Jun, 2005 05:35 pm
Yes Fox- the white Australia policy - based on the fear felt by a wee and empty Anglo outpost in a sea of Asian millions - was ended in 1966.

Our laws are a bit of a mishmash - but I don't think them especially racist - though, god knows I haven't read the damn things - their untanglement has become a legal gold-mine, so I might be wrong.

It is odd seeing population figures - cos where I live, there are African and Chinese and Vietnamese and people of all hues and such all round me. But I live in the city.


I DO find the current mandatory detention laws for illegal immigrants racist in effect - and our current right wing government absolutely shamelessly used the nasty reactionary wave we had a few years ago to good and reasonable changes in immigration and to positive discrimination for Aboriginal people to help it gain power. Grrrr...

But, overall, I think we big Anglo immigrant countries, where the indigenous population was decimated, ie Canada, the USA and Australia, are gradually righting wrongs.

I would prolly see Canada as most advanced? With the USA next?

Actually, new Zealand would claim a very advanced role in that, also - they were forced to a treaty with the Maoris, which we never were.

I would see Oz as last off the blocks, with a long way to go - but definitely on the way.


Heehee - xenophoboia I see as pretty pandemic - with some people as notable exceptions. We spent a lot of time last year teaching refugee Muslim women and kids how to swim. Pandemonium! The divisions! I forget who was who, but it went something like this (I may have the countries wrong!) The Pakistani women thought the Afghani women dirty, and complained about sharing the pool - the Afghani women complained the Pakistanis were rude - the Iranian women said the others were ignorant peasants (a TERRIBLE insult!) - the Sudanese women complained about some damn thing, and everyone complained about the Sudanese! And so it went.

They all had fun in the end, though.

I have had the fun of Chinese racism at first hand, for instance - and Japanese. (Three years in a Chinese restaurant - the Hong Kong Chinese despised the Singaporeans, the Malaysian Chinese did too - the Singaporeans and the rest all despised we Australians!! - salutory experience.) I do NOT castigate the US or most western countries as especially racist at all and I think it quite ignorant to do so.

I think European racism has had the most EFFECT in the world, through European power, though.

I cannot comment on your immigration laws - except I admire your openness as a country.

I would prolly see Canada as most advanced? With the USA next?

It would be difficult to make this case. Indigenous folks are represented in our jails at levels not dissimilar from blacks in US prisons. Rates of alcoholism and serious drug use are inordinately high. Health problems and low education levels likewise. Lots of good stuff going on over the last few decades, but a crushed population is no easy matter to right again. As awkward and problematic as it has been and is to have this population re-establish its sense of pride and dignity (legal and social complexities falling out from self-rule, for example), these initiatives have really made positive differences.
0 Replies
1
Reply Thu 30 Jun, 2005 06:38 pm
For the record: 1966 was also the year in which the "European preference in immigration" started getting amended in the U.S. pursuant to the 1964 "Civil Rights" legislation passed by Congress.

I see no reason to bash Australia or New Zealand and do want to ask where does Latin America stand on this subject, with half a million Amazon basin Indians having disappeared in the 20th century?
0 Replies
1
Reply Thu 30 Jun, 2005 07:56 pm
We probably won't be seeing this story on ABC, C-BS, or NBC any time soon.