What is the soul?

Forums: Science, Religious, What Is Soul
Email this Topic • Print this Page
1
Reply Thu 15 Jul, 2021 03:52 am
@The Anointed,
There are over 20 phyla of eubacter and 6 of archaea alone. Im sure each had a unique story , of which Im not privvy to know.

Is that what you were searching for?

Ignorance is what keeps science working, unlike the religious where it is scorned and is usually followed by a "See, you sont know anything, ThereforeGODDIDIT"

From what, where and how did the prokaryote and all bacteria originate, and please provide the evidence

Youve been found out, didnt someone once say that "By their own words, we will know them..."?.
Youre not here for exchanges of ideas and debate, Youre here to spew anti-science invective.

But I'm glad to see you admit that you don't have a clue in hell as to from what, where and how the prokaryote and all bacteria originated.

All I am saying is that because of the above, both parties (in the debate as to whether good and bad are the same or not) have no option but to run with all logic output possibilities of 0,0...0,1...1,0...1,1

Most modern day science does not accept this open minded approach, As to why it doesn't is a mystery to me because peoples fundamental belief systems remain intact.

It's not about evidences...its about logic output possibilities.

Science needs to move into the new era of the 4 off logic output possibilities is my point.


1 Reply
0
Reply Thu 15 Jul, 2021 01:26 pm
@The Anointed,
All life evolved from chemicals which themselves have animate and magnetic properties.

It is not that much of a jump from chemicals adenine (A), cytosine (C), guanine (G), and thymine (T) into something like this through the earth's magnetism. 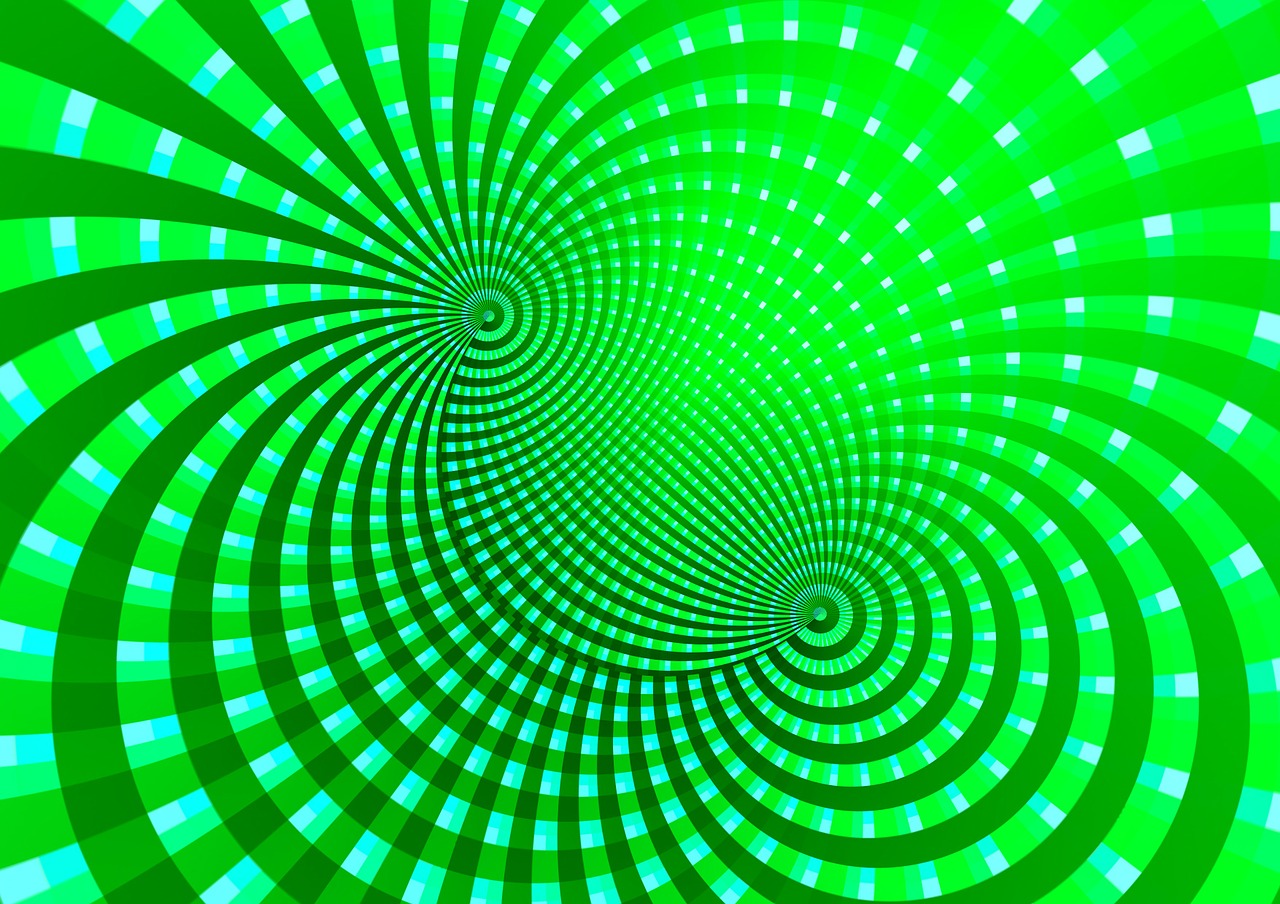 Where did chemicals come from? Geometry.

Where did geometry come from? Geometry simply is and always will be.

Perhaps the greatest geometric axiom is that, "zero cannot exist in nature". TC
3 Replies
1
Reply Thu 15 Jul, 2021 08:12 pm
@TheCobbler,
life preceeded any toolkit provided by rna/dna.
stuff named "Xeno nucleicacids with Pyrimidines an 8-oxo- purines "acted as the earlist ribonuclicacids. Transcription wasnt necessarily a "must have' to lifes beginnings.
Its been seen that the further back we look on lifes beginnings, the further back we can actually see.
several Nobel pries have been
awarded in the last several decades about evidence of lifes beginnings, and I dont think we necessarily dwell on the "RNA world" hypothesis too much.

What I am saying is that most modern day scientific logic is only based upon the 0,1....1,0 logic output possibilities i.e. good is bad and bad is good.

I must really be dense with these discussions, why do you say that lifes information is binary when we know its polymerase are hexadecimal and tetradecimal. Youre comparing a huge molecule of life to a can op soup's BAR CODE.
1 Reply
0
Reply Fri 16 Jul, 2021 12:44 am
@farmerman,
Well I don’t think it is a coincidence that quantum computer-reasoning/logic (computer/brain) is based upon 0,0..0,1…1,0..1,1 logic even if modern day science’s reasoning isn’t.It being based upon only 0,1..1,0 reasoning/logic.

Modern day science needs to move on, it is so out of date with its reasoning/logic.

Good is Good and Bad is Bad are 2 off logic output POSSIBILITIES without definitive proof to the contrary which equally applies to Good is Bad and Bad is Good.

Why wouldn’t this be the case when neither can be defined?

ummmm...not from my experience they are not

They maybe 2 of the 4 logic output possibilities kicked out by the computer/brain but that is all they are and they certainly don't correlate with experience.
1 Reply
-2
Reply Fri 16 Jul, 2021 03:51 am
@TheCobbler,
All life originated with the singularity from which this expanding universe and all the life herein was created, and this universe and all that exists, will be returned to the singularity, which is the origin of the next cycle of universal activity, or the next generation of the universe.

440 BC - Democritus and Leucippus suggested the idea of the atom, an indivisible particle that all matter is made of. To the ancient Greeks the word atom meant indivisible. It was used to describe the smallest indivisible piece of a matter. Atom was derived from the Greek word atomon or atomos meaning indestructible.

In fact, it has now been revealed that matter is no more than an illusion. Quantum physicists have revealed that so called physical atoms are made up of vortices of energy that are constantly spinning and vibrating, each one radiating its own unique energy signature.

Excerpts from the link above.

A fundamental conclusion of the new physics also acknowledges that the observer creates the reality. As observers, we are personally involved with the creation of our own reality. Physicists are being forced to admit that the universe is a “mental” construction. Pioneering physicist Sir James Jeans wrote: “The stream of knowledge is heading toward a non-mechanical reality; the universe begins to look more like 'A GREAT THOUGHT' than like a great machine. Mind no longer appears to be an accidental intruder into the realm of matter, we ought rather hail it as the creator and governor of the realm of matter. (R. C. Henry, “The Mental Universe”; Nature 436:29, 2005)

A singularity is a region of space-time in which matter is crushed so closely together that the gravitational laws explained by general relativity break down. In a singularity, the volume of space is zero and its density is infinite. Scientists believe such a singularity exists at the core of a black hole, which occurs when a super-massive sun reaches the end of its life and implodes.

General relativity also demands such a singularity must exist at the beginning of an expanding universe, from which singularity this generation of our eternal oscillating and ever evolving universe was created.

As this universe was created from the previous generational universal body that had been crushed into the singularity, so this generation of the universe will suffer the same fate, as stated by Enoch the only begotten prophet, who was carried to the ends of the age and witnessed the universe burn up and fall as massive columns of fire beyond all measure in height and depth into the Great Abyss=Black Hole, beyond which there was nothing. The Great abyss which was described as the prison of all the stars and the hosts of heaven.

If SELF is AWARE it CONTROLS this "toggling" process ...If SELF isn't AWARE it doesn't CONTROL this process.

0 Replies
1
Reply Fri 16 Jul, 2021 05:16 am
@Jasper10,
we also usw hexadecimal notation. Its much mor clever and not as long in the coding.
It wa uewd early by Woniak but they just bagged it due to the fact that binary had a hwad strt sinc th indutrial revolution.
2 Replies
0
Reply Fri 16 Jul, 2021 05:43 am
@farmerman,
I refer to binary because I believe it has correlations across the sciences and is directly related my experiences.

I will look up hexadecimal notation.thanks.

Don't bother. Throwing around technical terms is his way of displaying his 'authoritative knowledge'. They don't mean anything to most and those that know are not impressed.

The biological reasoning machine must have a programme structure to be able to operate on AUTOMATIC.

There is also NON AUTOMATIC don’t forget.
1 Reply
1
Reply Sat 17 Jul, 2021 06:51 am
@Jasper10,
No biggie, sometimes I can't resist join'n a good mud fight. Just one of my many failings.
0 Replies
1
Reply Sat 17 Jul, 2021 06:58 am
@edgarblythe,
It reminds me of an old folk tale where a god fearing peasant girl fools the Devil by promising to exchange her betrothed nobleman’s soul for her sole.

He gives her boyfriend his soul back and she gives the Devil her shoe.
1 Reply
2
Reply Sat 17 Jul, 2021 07:02 am
@izzythepush,
Precisely.
1 Reply
1
Reply Sat 17 Jul, 2021 07:12 am
@edgarblythe,
What always got me was how stupid the Devil is in such tales, normally easily tricked by simple peasant folk despite supposedly being the second most intelligent creature in creation.
1 Reply