Evolutionites were hoping that original finding of soft tissue (meat, blood, collagen etc.) in a tyrannosaur leg bone would just sort of go away somehow or other. What's been happening is more and more such stuff turning up.


The claim is that material from the Mososaur actually carbon dates... it shouldn't.

No normal/legitimate science theory (as opposed to evolution) would ever survive this sort of deconstruction.

Type: Discussion • Score: 11 • Views: 26,544 • Replies: 87
3
Reply Thu 4 Apr, 2013 11:11 am
@gungasnake,
OMG... How will science ever survive broken links to non existent articles?
1 Reply
3
Reply Sun 28 Apr, 2013 01:32 pm
@gungasnake,
SO the obvious conclusions that the ICR folks have made is that the earth is really really young.
Thats how we dont do science Gunga. In all the cases (let me remind you) these tissues had to be excavated chemically out of a mieralized encasement that was concordant with the age of the surroundimng infilling sediments.

What weve done is discovered a new means of fossilization similar to the adiposere materials of the carboniferous and Triassic and Jurassic amber (which still retains chitenous insects), and the fine carbonaceous preserved shells of the Burgess shale.

Im sure that ICR doesnt want to publish too much ofScweitzers work since theyve analyzed the chemistry of fossilization of the HEll Creek fossils.


PS, the planet is still over 4 Billion years old and evidence of life and evolution are still that which works(unlike any other voodoo science bullshit from the Creationists)

...SO the obvious conclusions that the ICR folks have made is that the earth is really really young....

They don't speak for me and I don't speak for them. We appear to have one planet (Venus) in our system which actually is ballpark for some sort of a 6K - 10K age and LOOKS it: 900F surface temperature, massive thermal imbalance, massive upwards IR flux, total lack of regolith, 90-bar CO2 atmosphere...

Since Earth and Mars don't look like that at all, you have to assume they are substantially older than that, but not billions of years old. Robert Bass once redid Lord Kelvin's heat equations for our planet WITH a maximal figure for radioactive elements included and came up with an upper bound of around 200 million years.

In the absence of other information, I'd tend to accept the 25,000 year radiocarbon date for the one mosasaur at face falue.

Hi gungasnake. Thanks for the links!
Parados, three of those links work, so there's more than enough to consider!


I suppose we could consider whether you are an idiot like gunga.
0 Replies
4
Reply Tue 10 Sep, 2013 11:57 am
@Bob Enyart,
Bob, th "Soft tissue" issue is one tht is exciting in that it leads to the discovery that very very old tissue can contain degrded DNA (in the form of an osteocalcin reidue). The "Soft tissue" fossils are actually found inside hard rock matrix that is age dated (As is the surrounding silicified bone, the mold and cast of the surrounding matrix, nd the "country rock" in which these fossil bones were contained). They do not represent a new paradigm in considering a "younger" Cretaceous and Jurassic, it involves, instead, a new discovery of an entirely new class of fossilization that onvolves retention of some organic material (Its relly not much different than the "adiposere-like" material found in coal measures.
Fossilization is a result of a series of unique chemical reactions that occur between the decaying organism and the surrounding sediment.
Another unique form of fossilization is the fossil rhinocerous that was molded and cast by basalt in the Columbia Basalt deposits. Also, there are "fossilized" casts of human bodies from the volcano ash deposits at Herculaneum.
The condition of the fossil , or it chemical makeup sheds no rel light on its age(other than the bedding site and the organism's Linnean classification)

ALL dinosaurs occur between the Triassic and the terminal Cretaceous. We haven't redefined the time periods in which any of these fossils were found. That's what the idiot ICR douche bags want you to believe. They have an agenda based on a poorly written book, science is only interested in the facts.
0 Replies
2
Reply Fri 13 Sep, 2013 09:36 am
@Bob Enyart,
You apparently interviewed Walter Remine regarding the question of sex and genetic cost:

I remember also reading somewhere that even a one or five percent increase in genetic cost of some sort was theoretically enough to doom any species while sexual reproduction DOUBLES that rate or cost. Does that ring any immediate bells with you or do you have a source for that one?

You apparently interviewed Walter Remine regarding the question of sex and genetic cost:

The moral of the story here is that if you go out searching for idiots who don't understand what they are talking about, you are sure to find them.
1 Reply
1
Reply Sat 8 Mar, 2014 02:48 pm
@rosborne979,
To Setanta and gungasnake, a few weeks ago while debating creationist Ken Ham, that science guy Bill Nye claimed sexual reproduction was obvious evidence in support of Darwinism. That's rather bizarre, considering that, from the site mentioned in the opening post, from http://kgov.com/The-Origin-of-Sexual-Reproduction :

* ReMine Quotes Kitcher: "One problem is the existence of sex. ... Despite some ingenious suggestions by orthodox Darwinians there is no convincing Darwinian history for the emergence of sexual reproduction."

* ReMine Quotes Smith: "The origin of the sexual process remains one of the most difficult problems in biology."

* ReMine Quotes Michod and Levin: "A survey of evolution biologists would doubtless come up with a consensus that... the origin and maintenance of sex is a 'big' (maybe the 'biggest') unsolved problem in evolutionary biology. ...there is no consensus about where its solution lies. ...no clear solution emerges."

To Setanta and gungasnake, a few weeks ago while debating creationist Ken Ham, that science guy Bill Nye claimed sexual reproduction was obvious evidence in support of Darwinism. That's rather bizarre, considering that, from the site mentioned in the opening post...

Unless the site mentioned in the original post had an agenda and was selectively misrepresenting the people it was quoting...
1 Reply
2
Reply Sat 8 Mar, 2014 08:44 pm
@Bob Enyart,
I take it you don't know what quote mining is.
0 Replies
0
Reply Sat 8 Mar, 2014 10:08 pm
@rosborne979,
They're getting good RC dates on dinosaur remains now:
http://www.newgeology.us/presentation32.html

Dates are mostly in the 20,000 - 40,000 year range. Bishop Usher wouldn't be happy but the evolosers are a lot less happy... Origins of sex might still be something of a mystery but human origins are becoming less of a mystery:
http://cosmosincollision.com/forum/index.php?topic=57.0

And then there's the question of sex... You might ask what advantage there could be to sex to compensate for the gigantic cost involved and the answer is to prevent mutations from destroying every complex species on Earth in a few generations. Consider what happens with people like Setanta who marry their sisters and cousins, worst and most documented case probably the Spanish Hapsburgs, every single one of whom started to look like the Frankenstein monster beyond some point... 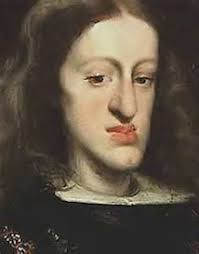 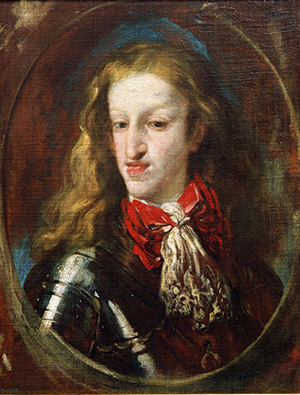 That's just from marrying cousins; imagine what happens if a single genetic profile goes on reproducing ITSELF for more than a few generations... The whole world would be populated by Obama voters and evolutionites.


3 Replies
2
Reply Sat 8 Mar, 2014 10:09 pm
@Bob Enyart,
Flying birds are probably as big a problem for evolosers as sex.
1 Reply
2
Reply Sun 9 Mar, 2014 07:12 am
@Bob Enyart,
sexual reproduction, its origins , costs, and reversion of a few species to "non-sexual" reproduction is a concept that is well understood except for the actual first hand knowledge from the fossil record. We know that trilobites exhibited what we assume is sexual dimorphism and earlier soft bodies fossils from such formations as the Flinders range or the Burgess. Since sex required certain configurations of a complex cell which only appeared in the last 1/6 of lifes history, we assume that the entire length of sexual reproduction occurred within that 1/6 of the llast 4.5+ Billion years.

Science never really states unequivocally that e have a;; the answers, its just that science has all the evidence.

Also, Im cerain that f you go back and track down each of those Walter Remine misquotes, youd find that behind each one is a fraudulent "Quote mining" attempt that was compiled merely to fool the gullible "true believers".

Why anyone would support Remine is a mystery. Hes been outted so many times as a fraudulent bullshit artists with no real credentials in anything relevant (Sorta like Ken Ham)

0 Replies
3
Reply Sun 9 Mar, 2014 07:55 am
@gungasnake,
apparently your mind cannot make the effort to even mildly understand the truth that counters the misinformation you try to ply here every few weeks.
Why is it that you can only post stuff from people who are more"entertainers' and not scientists? All these people whove made their lives work following the art and discipline of science v a few idiots who don't even understand the processes of radionuclide decay, geology, biology or physics and who make their lives work as "entertainers" "hucksters" and "phony pitch men"/

The C14 analyses of the Allosaurus bones were , in sequence, sent to U of Arizona and then U of Georgia radioisotope labs (there was a talk about "bogus" sampling at GSA seminar in recent years). Fo these samples there was

1No narrative about possible contaminating by "recent carbon'

2No sampling QA, no chain of custody and no handling narrative. In otherwords, the actual experts at handling the specimens were not included for their advice on such things as how to properly package the sample. (for example, if theres any wood in the packing, it can give off turpenes with recent carbon that could affect the readings

3 The bones of the Allosaurus were originally dated by U/Pb techniques using zircons from 2 separate ash layers from above and below the formation that contained the fossil. Those formations provided dates that were securely within the Mesozoic.
If ya use radioisotopic methods you usually try to be complete

Would you question the honesty of the Ken Hams? and Steve Austens?

Steve Austen ws the one who tried to give a Creationist field trip at the 2011 GSA conference in Denver and tried to present a
flood story' at the Grand Canyon. Only problem ws that he missed several interlying formations that were clearly desert dune depoits and not "Floods"

sexual reproduction was obvious evidence in support of Darwinism.


Yep, Bob Enyart actually said that. Really he did. I didn't change a single word.
0 Replies