Forums: Movies, Tv, Film, Films, Television
Email this Topic • Print this Page
1
Reply Sun 11 Jul, 2021 06:18 pm
@oralloy,
I saw Black Panther and was not impressed, needed a btter plot . WAtching the 4400 on "Flix and its pretty good. "Manifest "started off great but got lost in minutiae. "Grizzly Maze" was like That giant croc movie that had Betty WHite as a character. Seen it once, laughed a bit, startled a bit and quickly dismissed it in the Oscar nominations
1 Reply
2
Reply Sun 11 Jul, 2021 09:23 pm
@farmerman,
I watched 'Nobody' Friday night. Bob Odenkirk was surprisingly good in the film. But then again, revenge flicks are my favorite guilty pleasure.
1 Reply
1
Reply Mon 12 Jul, 2021 04:06 am
@glitterbag,
I loved Odenkirk as Saul Goodman. And I was looking forward to seeing him pull off a role as an ex-secret agent forced to go into badass mode to defend his family. But it just struck me as contrived. I couldn’t buy him as a tough guy.
1 Reply
1
Reply Mon 12 Jul, 2021 07:54 am
@Frank Apisa,
Frank Apisa wrote:

yet almost no American actors can do a British or Australian accent worth a ****.


It doesn’t help that a lot of our actors whitewash their accents. I saw a film with Scott Adkins in it, at first I had to look him up because there was something not quite right about his accent.

He had a very anodyne English accent, but according to IMDb he’s from Sutton Coldfield which means he would have a Brummie accent.

And I hope his neighbor sued him for wrecking his car.
0 Replies
1
Reply Wed 14 Jul, 2021 03:34 am
It’s not a movie, but I just recently finished binge watching all seven seasons of the tv series Bosch.

1 Reply
1
Reply Wed 14 Jul, 2021 05:45 am
And I just watched and thoroughly enjoyed Gunpowder Milkshake - a movie that just came out today on Netflix.
Entertaining from start to finish. Star studded cast with a half dozen big names. An action/revenge thriller with an adorable mother/daughter drama weaved in.
Highly recommend. Two (and three quarters) thumbs up! You’ll get the joke after if you see the movie.
0 Replies
-1
Reply Wed 14 Jul, 2021 10:16 am
@snood,
snood wrote:

We just finished the first season of Big Little Lies which I thought to be a terrific diversion offering. Super acting from lots of big stars...and fabulous acting from the younger set needed for the story. To see kids of 10 doing the kind of stuff these kids handled knocks you out.

Nothing heavy here, but a good bit of fluff dealing with problems that are more common than imagined.
0 Replies
0
Reply Wed 14 Jul, 2021 10:49 am
@MontereyJack,
MontereyJack wrote: 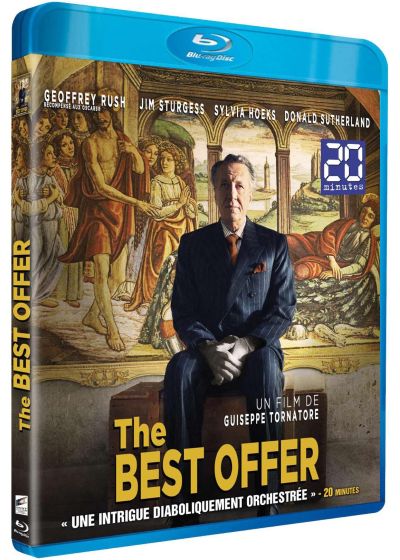 0 Replies
1
Reply Wed 14 Jul, 2021 06:55 pm
@oralloy,
ooooh, A&W didn't know they weere still in business. when i was in college, i spent one summer as a cam coiunselor inthe poconos in western pennsylvania, about 30 miles from scranton, we'd hitchhike there on days off, never met joe biden thewre tho. The onlyi thing within miles of the camp was an a&w, gods know why it was there. we had to canoe across a sizable lake and walk a mile thru the woods to get there. they'd keep mugs iced in a freezer to make there floats, best damned root beer floiats in the world.
1 Reply
2
Reply Fri 16 Jul, 2021 03:15 pm
Amazon Prime just started making all nine seasons of All in the Family available for streaming, and I started watching it from the first episode.
I had been wanting to see this show but wasn’t willing to pay for it. So this is a treat.
0 Replies
1
Reply Fri 16 Jul, 2021 06:07 pm
I saw Space Jam: A New Legacy on HBO MAX, rather than going to the movie theater to watch it.

It was fine, but I didn't care for most of it. It is on par with the first film, which I also didn’t care enough for.
There are some decent jokes (like the Michael Jordan joke) but for the most part it is boring.

One odd complaint I have is that it is very noticeable how the basketball crowds only have 3 different settings: idle, cheering, and boring. It is more noticeable because the entire crowd is made of existing characters (Batman, Pennywise, Godzilla, etc), but outside of a handful of interactions, the crowds do nothing at all.
2 Replies