Forums: Humor, Christianity, Humour, Christmas, Dogma
Email this Topic • Print this Page
1
Reply Sun 12 Nov, 2017 12:51 am
@roger,
Actually, I got deeper interested in this subject, because my father got every year a "new year's tree" from an older friend: a box with walnuts and hazelnuts on (tightened with sealing wax).
So I researched that here in Catholic Westphalia, the Christmas was mainly only found in Protestant families. And it took almost to the beginning of last century that the catholic population got it ... as well as the "traditon" of having Christmas "festivities" (presents, meals etc).

But the Christmas tree was "promoted" here as well already early: below an advert in the "Westphalian Merkur" newspaper from 1832 (repro by Grewe, 1979, Münster) 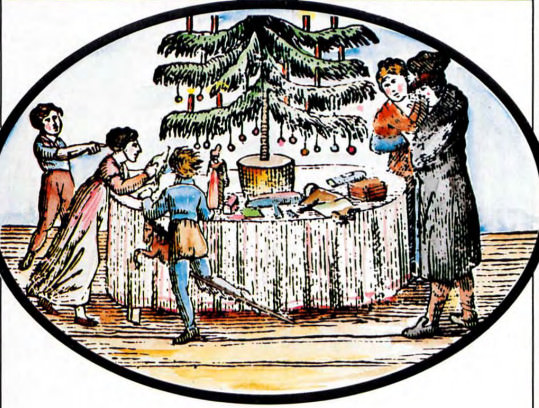 And he wasn't talking about Bohemian Rhapsody.
0 Replies
1
Reply Sun 12 Nov, 2017 06:24 am
It's all about loot (as far as the children are concerned, at least). It's even better than Hallowe'en.
0 Replies
0
Reply Sun 12 Nov, 2017 01:30 pm
Christmas in Japan.
Christmas Eve is often celebrated more than Christmas Day. Christmas eve is thought of as a romantic day, in which couples spend together and exchange presents. ... Christmas is not a national holiday in Japan. However, often schools are closed on Christmas Day.
Christmas in Japan -- Christmas Around the World -- whychristmas?com
https://www.whychristmas.com/cultures/japan.shtml
1 Reply
1
Reply Mon 13 Nov, 2017 11:17 am
Today, the Nuremberg Christkind was presented (a young girl which is an important part of the Nuremberg Christkindlesmarkt). 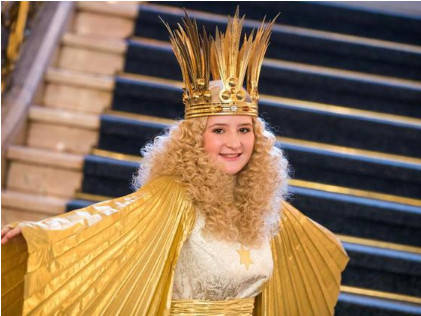 Historians assume that the market has its origins in traditional sales at the weekly market, and started as an independent Christmas market some time after 1639.
The gift-giving practice changed by reformer Martin Luther, who postponed the blessing of St. Nicholas' Day to Christmas Eve (as alreafy mentioned above)
This custom also prevailed in the Protestant Nuremberg, the special name "Christkendleinsmarck" is written in a document from 1697.

A list from 1737 names 138 stalls of various dealers on this Christmas market. (Nuremberg City Archive, files of the Reichsstädtisches Marktamt [imperial city market office], B 19, No. 319)

1 Reply
1
Reply Mon 13 Nov, 2017 11:42 am
@Walter Hinteler,
I was born in the early forties and probably got little christmas presents, not sure... mostly though, what I remember is food in the kitchen and it was Christmas. Being wartime it was no feast, even though we were away from the front, but I think that it was the time I first remember our kitchen in Ohio. The word I remember of all that was pie.

My dad was busy then, and our being in Ohio was because he was at Wright Field; our house was a small rented place close to the field. I have photos galore, but they were half of me and half of my dad holding me, with some bricks behind us. Few kids have had more photos taken of them than me in baby or toddlerhood (he was head of photo).

Anyway, in our small family, several christmases were good and as time went by, several were stressful, getting worse. Lots of people go through all this, different details.

I'll add that I don't mind christmas customs, except that they start ridiculously early, at least in the US.
0 Replies
1
Reply Mon 13 Nov, 2017 01:07 pm
@cicerone imposter,
You bring up a very interesting point when speaking of Christmas in Japan. For the most part the Japanese people are Shinto and Buddhist, not Christian. As cicerone says, it is mainly a romantic day for them, having nothing to do with Jesus at all. But the similarity is that is is also a commercial boom. Yes, the more one examines the origins of Christmas, the more they see it has little, if anything to do with the birth of Christ. Even if it promoted as such.
0 Replies
1
Reply Mon 13 Nov, 2017 02:53 pm
@Walter Hinteler,
Several years ago while in Germany during Christmas season, I remember the many markets around the country, and enjoying the hot apple cider.
0 Replies
2
Reply Tue 14 Nov, 2017 06:18 am
What I would really want to know is: what is wrong with those people who keep thinking of Christmas customs as "wrong"? Enjoy the party, or don't, but if you don't enjoy it, no need to poop the party either...
1 Reply
1
Reply Tue 14 Nov, 2017 01:36 pm
@Olivier5,
I agree. I don't see anything wrong with "Christmas Customs." It's a time when people celebrate in ways that usually includes family and friends. When our kids were young, we always bought and decorated a christmas tree. It was festive and fun.
0 Replies