You and your religion do not own Christmas. It is also a secular celebration.

I wouldn't attempt to set rules for others; rather explain the rules we have set for ourselves.

We don't have steel constructed house here besides a few factory halls.


In the ref it explains that the custom involved a lot of different wood constructions and it was originally to apologise to the tree god for the wood.

A Christmas Tree Farm I doubt very much have all facts about the achient history of northern Europe.

If you maintain a highbrow attitude you are only guessing as to its accuracy. Read it and tell me if it is wrong.
1 Reply
1
Reply Mon 21 Dec, 2015 04:38 am
@Ionus,
That Martin Luther had a tree with candles is a legend - not a fact.

As a matter of fact and it is also strange that we in Scandinavia know so little about the history of the Christmas tree even thou it is one of the most important part of Christmas.
In Sweden we do have rather early proof of a Christmas tree and that is from some nobel familes around 1740 but the tradition did not spread until around 1800. Around 1900 there were still families who did not have a tree.

Much much earlier a tree was not inside the house, but only the top of a tree with the tree-trunk without the lower branches. Itwas put outsidde either in the snow or two - one on each side of the door. The branches were placed on the doorsteps as a welcome and indoors was straw on the floor.
This was a sign of the beginning of Christmas
Sometimes it was put up on Christmas Eve.
The rituals around this and the name and also shape are different in different parts of Sweden. In some area they were called Christmastree 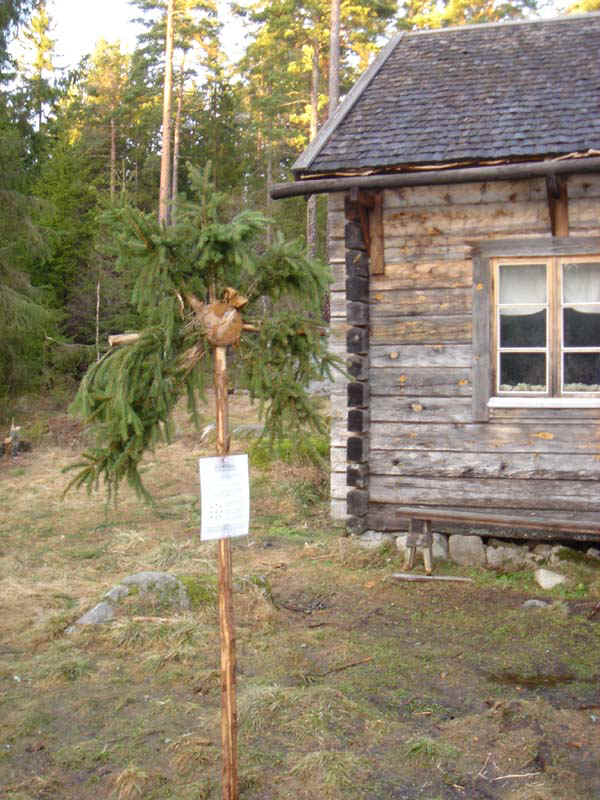 It may have been considered in the same vein as a wreath...meanings of the same words change with time.

That Martin Luther had a tree with candles is a legend - not a fact.

Late in the Middle Ages, Germans and Scandinavians placed evergreen trees inside their homes or just outside their doors to show their hope in the forthcoming spring.

Didnt you want us to not take my ref that you didnt read but then you make the above statements without any ref? You should stick by the one standard.
1 Reply
1
Reply Mon 21 Dec, 2015 04:49 am
@saab,
saab wrote:

That Martin Luther had a tree with candles is a legend - not a fact.

But it's a nice story, as is the Catholic one, although that should have happened 700 years earlier

2 Replies
1
Reply Mon 21 Dec, 2015 05:00 am
@Walter Hinteler,
The city of Troy was a legend. You cant say a legend is not a fact. It is awaiting evidence either way.
0 Replies
1
Reply Mon 21 Dec, 2015 05:01 am
@Ionus,
There was - as far as I can figure out - not a specific tree god in nordic mythology.
Why should they apologiye for building wooden houses? Wood was used all the time, not only for houses, for ships, for heating, for a lot of their tools.

Besides that, I'm well aware of how houses in Germany were constructed over various periods.

Then you are well aware that houses had the ridgepole topped with a tree. That seems to have been a sticking point between us so far.
1 Reply
1
Reply Mon 21 Dec, 2015 05:04 am
@Walter Hinteler,
I like legends.
That is why I in some ways like Catholism more than evangelisch there are symbols and legends. It makes so much more interesting. The Swedish Lutheran church is also open for legends and stories.
0 Replies
1
Reply Mon 21 Dec, 2015 05:06 am
@Ionus,
Quote:

The legend about Luther and the candles on the fir tree were created after Carl August Schwerdgeburth (1785–1878) published his print,,

I have to correct my above response a bit:
In 1843, the rector of Martini Stift in Erfurt, Karl Reinthaler, published a festive bruchure to get some money for his charity, with the title "Adam und Christus oder der Christbaum in M. Luthers Kinderstube. Ein Weihnachtsbüchlein für alle Christenkinde" (Adam and Christ or the Christmas tree in M. Luther's children room. A Christmas book for all Christian children ). The steel engravings therein are by Schwerdgeburth. The cover picture shows for the first time the fictional Christmas scene in the house of Luther with the Christmas tree in the Luther room.
0 Replies
1
Reply Mon 21 Dec, 2015 05:31 am
@Ionus,
Ionus wrote:

Then you are well aware that houses had the ridgepole topped with a tree.

No. At least not in Germany in former times. (It was done as a cheaper version of a wreath, called "Richtbaum" in a few parts of southern Germany, is nowadays done quite often, because of the difficulty to find someone to make a decent traditional wreath.)
1 Reply
1
Reply Mon 21 Dec, 2015 05:37 am
@Walter Hinteler,
Quote:

“By 700 A.D. in Scandinavia, the custom of hoisting an evergreen tree atop the ridgepole was a popular way of signaling the start of a completion party. The roots of this custom may also be mixed in with fertility symbols. Saplings, eggs, flowers and sheaves of corn are long-standing customs in European home building, presumably as a wish to the newly-weds for a productive and long life together. While the Teutonic tribes may have tried to appease the tree spirits for killing trees and using up that lumber, the Germans in the Black Forest seem to have invented the Christmas tree custom to celebrate the nativity of Jesus Christ, and hardly a structure goes up in Germany without an evergreen to signal the birth of a new building. The Swiss, also, lay claim to the custom of a fir tree to signal Topping Out.

2 Replies
1
Reply Mon 21 Dec, 2015 05:58 am
@Ionus,
I have not much knowledge about Scandinavian history, and certainly I don't know, if they were "hoisting an evergreen tree atop the ridgepole" or not.

I'm wondering, why your source writes about "Teutonic tribes". There was just one Teutonic tribe - though it might be disputed, if it was a Germanic or Celtic tribe.
2 Replies
2
Reply Mon 21 Dec, 2015 06:11 am
@Walter Hinteler,
Quote:

why your source writes about "Teutonic tribes"

Because it is incorrect in that matter, but it is quite common outside of Germany and history circles to make that error.
1 Reply
0
Reply Mon 21 Dec, 2015 06:15 am
@Ionus,
Common to multiply one of the smallest tribes? I mean, they joined (sic!) the Cimbri to "wander" around Europe. And actually settled nowhere in Germany at all.
1 Reply
1
Reply Mon 21 Dec, 2015 06:27 am
@Walter Hinteler,
Yep! Teutonic is almost interchangeable for Germanic in a lot of the English speaking world. It started in WW1 to vilify the Germans. Propaganda posters also showed apes in German uniforms who had obviously raped a distressed female and were eating babies.
1 Reply
1
Reply Mon 21 Dec, 2015 06:44 am
@Walter Hinteler,
maybe they were using the term from the "Teutonic Order"
0 Replies
1
Reply Mon 21 Dec, 2015 06:49 am
@Ionus,
Which doesn't make your source very reliable.
Same, as it names "Swiss" and "Germans": the Old Swiss Confederacy got some independence in 1499, but still was part of the Holy Empire.
Those living there in the "Black Forest" certainly called themselves ... not Germans. Neither did the Swiss - if they didn't come from Schwyz.

I've honestly some doubts about a source with such faulty basics.
1 Reply