Forums: Politics, Boston Marathon, News, Muslim Jihadist, Us Terrorist Attack List
Email this Topic • Print this Page
2
Sun 21 Apr, 2013 12:24 pm
@Finn dAbuzz,
I agree with most of what you say, but this all started with H20Man trying to assign equal blame between McVeigh and Ayers. Which is just a way for him to attack Obama whose link with Ayers is tenuous.

If the police hadn't screwed up and he did face charges I doubt he would have faced the death sentence.
1 Reply
-1
Mon 22 Apr, 2013 06:11 am
@izzythepush,
izzythepush wrote:

this all started with H20Man trying to assign equal blame between McVeigh and Ayers.

you have a real problem getting your facts in order,

You people have absolutely no sense of shame.

1 Reply
1
Mon 22 Apr, 2013 09:51 am
@H2O MAN,
They were, most assuredly, for bomb control, H20man. They were dead set against the amoral bombing of the people of Vietnam by the US government, a highly amoral criminal government.

There are half-wits running around our cyber-streets yelling idiotic nonsense at the top of their lungs. 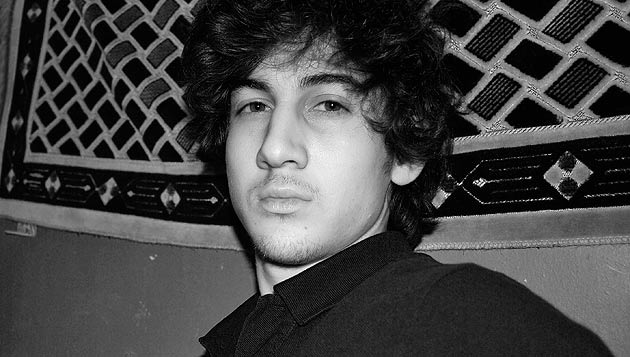 The Vicious Cycle of Jihadism and Patriotism

May 02, 2012 "Information Clearing House" -- Many in the U.S. believe that we are locked in a clash of civilizations with the Islamic world, meaning that the American (Western) and Islamic conceptions of the world are so fundamentally different that conflict between us is inevitable. There are obvious differences between the Islamic world and the U.S.—linguistic and cultural differences (although it is hard to say exactly which cultural differences doom us to conflict). Perhaps the greatest perceived difference, from an American perspective, is the Islamic belief in jihad. “Jihad” is a very scary word in America. It is widely believed that jihad is a call for Muslims to wage holy war against infidels, and it is quickly associated with terrorism.

Unfortunately jihad is pitifully misunderstood in the U.S.. The widespread belief that jihad sanctions terrorism is completely false. I remember when I was in Marine Corps boot camp my drill instructors told us that we were fighting terrorists because Islam taught them (“terrorist” was nearly synonymous with “Muslim”) that if they killed an American they would go directly to heaven when they died and receive 72 virgins. For a while I believed it. I believed it all the way to Fallujah, where my command told us that Fallujah had been taken over by terrorists and we were going to “liberate” the city by killing everyone who picked up arms against us. Evidence of their acts of terrorism was lacking (and attacking U.S. troops when we were clearly the aggressors was not an act of terrorism), but the fact that they believed in jihad and fought back against us was enough to condemn them.

Jihad is a broad and complex topic in Islamic theology. It literally means “struggle” or “effort”, and it is a duty for all Muslims. Jihad usually takes on three forms: an internal struggle to refrain from sin and be the best Muslim one can be (which is often referred to as Jihad Al Akbar, the greater jihad); an external struggle for justice and to build a good Islamic society; and a holy war, which most Islamic scholars today agree can only be a war of self-defense and cannot harm civilians. Most Americans would be surprised to learn that jihad shares many values with our concept of patriotism, and that it is a religious analogue to Western just war theory. There are considerations of jus ad bellum (just cause for war) and jus in bello (just conduct in war) in jihad, as well as the notion of a duty to defend one’s community when it is under attack.

"Patriotism” is an equally broad word that gives rise to intellectual debates about its ideal meaning, use, and virtues. Such debates usually define patriotism as love or devotion for one’s country, and generally hold that patriotism is not a duty, nor does it consist of duties. However, in the popular use of the term, duty is an integral part of what average Americans mean when they use the term “patriotism.” To love one’s country is an internal state that requires no outward behavior. And what is “devotion” if it is never manifested in behavior? Most Americans would not deem a closet patriot to be a patriot at all. Most expect love and devotion for one’s country to be manifested outwardly for it to be considered patriotic. Most Americans use the term “patriotism” to refer to behavior, not internal states. So to be patriotic is to do things or make statements that demonstrate one’s love or devotion to their country. Some demonstrate their love for their country by putting up flags in front of their house, by teaching their children about the American forefathers, or by supporting the troops with either care packages or moral support. Others demonstrate their devotion to their country by enlisting in the military and being willing to die in the name of national defense.

Professor Andrew Bacevich wrote that “patriotism,” up until the Vietnam War “implied, even required, deference to the state, shown most clearly in the willingness of individuals to accept the government’s authority to mandate military service. GI’s, the vast majority of the them draftees, were the embodiment of American patriotism, risking life and limb to defend the country.” But the Vietnam War caused many Americans to question the conventional meaning of “patriotism”, and led some to try to redefine it as opposition to state policies that are “misguided, illegal, or immoral.” This debate has continued into the current War on Terror. Anti-war figures like Howard Zinn, who said, “dissent is the highest form of patriotism,” have harshly criticized our government for committing war crimes in Iraq. Yet their advocacy for international law and human rights has been called “unpatriotic” by the more militaristic segments of American society.

There are very obvious differences between the concepts of “jihad” and “patriotism” and these differences should not be ignored, because they tell us important things about each community’s conception of authority and how morality is justified. However, three common values shine through these differences: devotion, duty, and self-defense. Devotion to a certain set of values and teachings (neither of which exclude the Ten Commandments and the teachings of Jesus Christ), duty to one’s community, and the right and virtue of defending oneself or community when under attack. Furthermore, “jihad” is no less reflective about the moral issues surrounding war than our own tradition of just war theory.

All of these considerations raise the question, “what is so scary about jihad?” I don’t believe that we have asked this question seriously as a society. Our collective misunderstanding of this concept has led us to nearly equate it with terrorism, and the War on Terror in reality has been a war on jihad. It is of the most bitter irony that those who have responded to our aggression by shouting “jihad” in the name of self-defense were condemned as our enemies and were met with more aggression. The circularity of our justifications for our aggression and the Islamic justification for self-defense has spun us into a bloodbath that has shown little sign of abetting. The recent sentencing of Tarek Mehanna has brought us to an even scarier phase of the War on Terror, because jihad is closer than ever to becoming a criminal idea in the United States. And Islam is now actually under attack.

Whether or not we will be able to sensibly remove ourselves from the vicious cycle of violence that has been the War on Terror remains to be foreseen. Nevertheless, anyone still clinging to the analysis that the War on Terror is a clash of civilizations is going to have to contend with the possibility that we may not be so different after all. It appears to be just the foreignness of the word “jihad” that scares Americans, and not the concepts it invokes.

Ross Caputi, 27, served as a US marine from 2003 to 2006. He took part in the second battle of Fallujah in November 2004. He became openly critical of the military and was discharged in 2006. Ross is currently a student at Boston University and is founding director of the Justice for Fallujah Project. He is working on a book working on a book currently entitled Both Ends of the Gun, with Feurat Alani.
0 Replies
1
Tue 23 Apr, 2013 02:20 pm
@H2O MAN,
Quote:

There is no insanity greater than electing a pathological narcissist as president .

This terrorist is correctly identified as a Radical Islamic Jihadist.

But little did any of us know that they were BUSH'S CHECHENS!

Are you suggesting that they weren't BUSH'S CHECHENS, Finn?

[If I'm back on 'ignore', perhaps Roger will reply, unless he pretends that he has me on 'ignore' - you children with your 'ignore', it's all so confusing and typical of your childish nature, you miss so much factual information about YOUR country, the US.]

There are half-wits running around our cyber-streets yelling idiotic nonsense at the top of their lungs.

Yeah, as you are aware, I read your posts, Finn.

Surely this persuades people to think as they do.

You're describing exactly how US propaganda works.

If the US reacts with such violence against others [most often innocents] to perceived wrongs against them, why would anyone think that others would remain complacent in the face of so much US aggression against others?

"The American global domination project is bound to generate all kinds of resistance in the post-colonial world," Richard Falk, the UN Human Rights Council's Palestine monitor, wrote in an article for Foreign Policy Journal titled, “A Commentary on the Marathon Murders. "It is soon to tell, and the somewhat hysterical Boston dragnet for the remaining at large and alive suspect does suggest that the wounds of 9/11 are far from healed.

"We should be asking ourselves at this moment, “How many canaries will have to die before we awaken from our geopolitical fantasy of global domination?” he wrote.

"The war drums are beating at this moment in relation to both North Korea and Iran, and as long as Tel Aviv has the compliant ear of the American political establishment, those who wish for peace and justice in the world should not rest easy," he wrote.

This terrorist is correctly identified as a Radical Islamic Jihadist.

Okay, so you didn't read the article by Ross Caputi and you are more than content to go on in your blissful state of woeful ignorance.

"to Amb. Susan Rice" - gee, I wonder whose big stick is Hillel bobbing on?

0 Replies
3
Tue 23 Apr, 2013 04:07 pm
re JTT and Ross Caputi,
while his discussion of jihad is correct, it is, sadly, incomplete. Islam is just as sect-ridden as Christianity, and some prominent, though minority, sects within it, like the largely-Saudi Wahhab, definitely do believe in jihad as holy war (involving arms and violent action). They have a huge amount of money, and some elite Saudi support and consequently operate a lot of madrassas in other Islamic countries, indoctrinating a lot of kids in their beliefs. Bin Laden drew a lot from them. So, yeah, while the large majority of Moslems don't buy into that, the disaffected few do. They're the ones with the bombs. To imply that all Moslems do is kinda like saying Timothy McVeigh spoke for all Christians.
2 Replies
0
Tue 23 Apr, 2013 08:23 pm
@MontereyJack,
Quote:

and some prominent, though minority, sects within it, like the largely-Saudi Wahhab, definitely do believe in jihad as holy war (involving arms and violent action). They have a huge amount of money, and some elite Saudi support and consequently operate a lot of madrassas in other Islamic countries, indoctrinating a lot of kids in their beliefs.

The American school/social system is no different from the madrassas, with the exception that it has a much longer history. It has produced way way way more cold blooded killers, if only because the US has given them a much much much greater chance with its century plus long practice of invading other nations.
0 Replies