If you have us on ignore, how do you know we responded? What a retard . . .
0 Replies
4
Reply Sun 12 Aug, 2012 03:02 am
I guess the boy has been boning up at his favorite neo-nazi hate sites . . .
0 Replies
5
Reply Sun 12 Aug, 2012 10:01 am
@Walter Hinteler,
This said person was the highest ranked ploce officer to get capital punishment in the Russian war trials.
During my researches, I read a lot of testimonies of normal policemen, who killed during their four weeks duty in the east hundreds of Jewish children and women ... and helped shortly afterwards old ladies crossing the street. (There has been a very interesting exhibition some time ago, organised by the German Police University Münster and the German Historical Museum Berlin, about the role of the German police during the nazi period and the Holocaust <link>)
0 Replies
1
Reply Sun 12 Aug, 2012 10:12 am
@msolga,
Quote:

Even though you surely knew that it would be deeply offensive to many people?

That has nothing to do with the exercise of free speech, MsO.

If it did, people would hardly be able to utter a word. Many of my words, and yours, are deeply offensive to many people.
1 Reply
6
Reply Sun 12 Aug, 2012 01:34 pm
@mark noble,
What an idiotic assertion! An uncle of mine was a World War II veteran who commanded the troops who liberated one of the concentration camps. I also know a guy about my age whose grandparents immigrated from Poland to the U.S. after World War II who had survived the Nazi occupation and had plenty of tales about how terrible it was. Yeah, I guess Raoul Wallenberg's courage was a hoax, too. Generally speaking, I have absolutely no respect for Holocaust deniers any more than I have any respect for those who whitewash the history of Communist regimes.
0 Replies
1
Reply Sun 12 Aug, 2012 02:04 pm
Mark noble's new hero ... 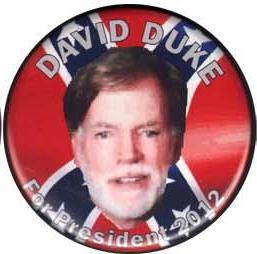 There have been a few A2K members I would put on "Ignore," but occasionally would override the "Ignore" function to read a post. (It comes with being human.

) But I'll never experience that temptation with this guy.

0 Replies
4
Reply Sun 12 Aug, 2012 02:08 pm
@mark noble,
Who fed you all that crap? It's amazing to me how some people can ignore all the evidence for events such as the holocaust, and think they are the only ones who understands the truth.

That there are people like mark noble is a testament to the old saying, "there's an idiot born every minute!"

FYI, I've been to Auschwitz and Birkenau; and have visited many of the holocaust museums around the world, including the one in Washington DC, Berlin, and Jerusalem.

I've known about the holocaust for many decades because of the history of the 100th Battalion, 442nd Infantry.
It seems to have missed the history of the 442nd Infantry that liberated Dachau.
http://furtherglory.wordpress.com/2011/10/30/japanese-american-veterans-to-receive-congressional-gold-medal/
2 Replies
3
Reply Sun 12 Aug, 2012 02:18 pm
@mark noble,
You wrote,
Quote:

I am not, but having read what I read over and over these past few days, am bewildered by what is clearly stating to the contrary of my prior absolutes.

The only absolute here is your total and complete ignorance.
0 Replies
4
Reply Sun 12 Aug, 2012 02:23 pm
@cicerone imposter,
I did find links to the Dachau liberation, but most were too long to post here (people are not going to watch 30 min. or one hour vids), or they were too gruesome.

The 442nd Regimental Combat Team/100th Infantry Battalion was one of the most remarkable units in the history of the Unites States Army. I'm sure the Germans were stunned to be taken prisoner by Japanese.
1 Reply
2
Reply Sun 12 Aug, 2012 02:44 pm
@Setanta,
From oilempire.us,

The American Free Press and Barnes Review are an ultra-right-wing Holocaust denial publication, the successor organizations to the "Liberty Lobby," a longtime ultra conservative organization.

Even though you surely knew that it would be deeply offensive to many people?

That has nothing to do with the exercise of free speech, MsO.

His free speech hasn't been denied, JTT, nor did I argue that it should be ...
I was questioning the purpose, the value, of the discussion he wanted to have, on the basis of well ... extremely questionable "evidence". Which is offensive to many people. Perfectly understandably.
But I was not implying that he didn't have the right to say what he said, no matter how dubious or offensive.

@wmwcjr,
What I'm not able to understand is that the holocaust deniers are right wing nuts, and they're the ones who continues to support Israel. Is there a conflict, confusion, hypocrisy, or not?

Sorry I haven't been able to respond sooner.

I think a distinction should be made between those on the right (conservatives) and those on the far right, just as there has been a distinction between the democratic left and the Communist movement. Conservatives would have some connection or another with the political establishment or social order. Far-right groups would include extremists such as neo-Nazis and members of the Ku Klux Klan whose ideology is based upon racism. Interestingly enough, at this point in our country’s history, there seems to be more unswerving support for Israel among conservatives than there is among liberals, who seem more likely to be concerned about the human rights of the Palestinians. (I’m making an observation of trends on the part of groups, which may not be true for individual members.) The religious right is especially unswerving in their support of Israel because they (well, at least most of them) believe that the modern state of Israel will play a crucial role in those events leading up to the second coming of Christ and that He will set up a physical kingdom in Jerusalem. So, there aren’t any Holocaust deniers on the far right who support Israel. None of them do. That would be a complete contradiction. Those on the far right hate both the modern state of Israel and the Jews as a minority group.

At least this is my opinion. I don’t claim to be a political scientist or a historian. I’m just making my own observations without any bias towards liberals or conservatives on this particular issue.
1 Reply
2
Reply Sun 12 Aug, 2012 09:30 pm
@wmwcjr,
Thanks for your explanation; it makes sense, and I agree with you.

Looking at the "big" picture can really confuse the observer.
1 Reply