QUESTION:: WHY DOES THE MIDDLE CLASS VOTE AGAINST ITS INTERESTS?

3 Replies
1
Reply Tue 7 Aug, 2012 09:49 am
@ehBeth,
and I shall wonder why they dont just vote in their own interests UNTIL they tart approaching 1%erhood?
0 Replies
3
Reply Tue 7 Aug, 2012 09:57 am
@farmerman,
I think the new Obama campaign tagline on the Romney Tax plan is gonna hurt. Particularly as the middle class is slipping. Romney Hood--robbing from the middle class to give to the rich It's short, to the point and fits on a car bumper. Rap
1 Reply
2
Reply Tue 7 Aug, 2012 10:00 am
In my opinion, conservatives are voting to maintain a status quo. Meaning it doesn't matter if most of Main Street is owned by a few families that they will never equal in wealth, nor their descendants. What matters greatly, in my opinion, is that they, and their children and grandchildren will have a place to live that subscribes to many values that they have. The fear, again in my opinion, is that one day their town will lose enough economic activity, so that they might have to come to the big city and live amongst "those people." I base my opinion on time spent in the natural habitat of these people, studying their ways, taking notes, using a magnifying glass, and listening astutely to conversations in public places.
0 Replies
2
Reply Tue 7 Aug, 2012 10:02 am
@farmerman,
I believe people vote on simplistic terms and on principles (their own principles). They don't vote on the mechanics of how to achieve those principles.

WHY DOES THE MIDDLE CLASS VOTE AGAINST ITS INTERESTS?

They don't think they are. Politics is complex. Solutions are complex. Voters are not.
1 Reply
1
Reply Tue 7 Aug, 2012 10:31 am
@ehBeth,
They will not be able to reach their potential if the laws favor the very richest in the land over the middle and poorer in the land. Romney tax plans does just that.

Tax Policy Center, Aug. 1: Our major conclusion is that a revenue-neutral individual income tax change that incorporates the features Governor Romney has proposed – including reducing marginal tax rates substantially, eliminating the individual alternative minimum tax (AMT) and maintaining all tax breaks for saving and investment – would provide large tax cuts to high-income households, and increase the tax burdens on middle- and/or lower-income taxpayers.

0 Replies
3
Reply Tue 7 Aug, 2012 11:53 am
It's based on emotion. They are easily convinced lazy persons are taking their tax dollars and also that if they suck up to the rich the rich will in turn sustain them with jobs. They are blind to the necessity for taxes and blind to the fact the money flows uphill to the 1% and none is allowed to trickle down.
0 Replies
2
Reply Tue 7 Aug, 2012 12:04 pm
I think edgar is right re at least some people. They are of the ilk that dislikes government intrusion into their lives in most cases. "Don't tell me what to do" type mentality. Taxes are a supreme irritation off the cuff. Add to that perceived or actual mismanagement of "my" money and it ramps up frustration. Add to THAT handing your money over to other people who are perceived to have mismanaged theirs or who are perceived to be living the life of Riley and paying for better lifestyles than you can afford with YOUR hard-earned money - and you can have some pretty pissed off people. This is one reason middle class people vote Republican - at least a perception of less government intrusion in to people's lives and alsp a perception of more conservative social spending.

A different reason is concern about sustainability. I think we'd all love a government that paid for all our needs. Who the hell wouldn't want that? But, how long can a government survive doing that?

Still another touches on what edgar said. Business is where most of us get our living. Gut business and that will surely trickle down.

For those with a habit to ascribe sentiment to the information offered by a poster, take note that I have not given my personal opinion, but am attempting to flesh out the answer to the OP question.
1 Reply
1
Reply Tue 7 Aug, 2012 12:16 pm
@Lash,
Then, all loaded up with hand fed facts and figure, the tea party mmebrs cant see beyond tomorrows headlines. I love how Romnwy equtes lowering taxes and then "doing away with loopholes" I dont think that his audience realizes that a loophole removed is a tax hike.
1 Reply
1
Reply Tue 7 Aug, 2012 12:19 pm
@raprap,
raprap wrote:

... the middle class is slipping.


To be there isn't any Middle Class...
0 Replies
1
Reply Tue 7 Aug, 2012 12:28 pm
@farmerman,
But, removing loopholes gives the impression of fairness. The middle class would appreciate that, don't you think? It's the dark boardrooms that cringe at the loss of loopholes. I know a man who paid dearly for tax attorneys to find ways for him to lower his taxes. He actually started corporations and went in to businesses to X out his taxes. This guy was worth 7 million during his best years - and a few million most of the time. What mentality would drive a guy to pay so much - and go to all this trouble to avoid taxes? I wonder if the businesses and tax attorneys and headaches didn't actually cost him as much as his taxes would have...

How many billions are kept from the country's coffers because of this mentality? ...I am so pro-cutting loopholes. This may be the dirtiest backroom bargaining chip a politician has when it's fundraising season.

1 Reply
1
Reply Tue 7 Aug, 2012 12:39 pm
@Lash,
ats all true, but not getting the point is what bothers me. As rap said, the middle class is a an endangered species yet they have the power to help really change things.
I feel that many still listen to guys like Glenn Beck and BELIEVE that he knows of what he speaks about many topics . He doesnt, hes a schlemeihl (witness his rants on Muslims that are meant to oncite)
2 Replies
1
Reply Tue 7 Aug, 2012 01:02 pm
@farmerman,
I hear you, and I can understand your frustration. I think your formerly focused conversation about taxes and "middle class interests" is now a scattershot of other issues.

There are likely many middle class voters who are voting their pocketbook. They may reject the Glenn Beck aspect of the party, like you may reject some aspects of Obama or the D party. Your disagreements aren't enough to dissuade you from voting Democrat. Currently, right or wrong, these middle class Republican supporters believe the general financial underpinning of the Republican party is in their best interests: strong defense and less of their money taken by the government.

To get them, the Ds would have to prove their beliefs are incorrect and provide an answer to their concerns.

I will add that the debacle of Iraq and Afghanistan has made some of these people a little weak in their support of what constitutes a "strong military."
1 Reply
2
Reply Tue 7 Aug, 2012 04:12 pm
I don't think those listening to fox news and glen beck are even thinking about their check books, they are too busy listening to crazy conspiracy theories.

I just got back from taking my granddaughter to get her hair cut before school starts. Right before cutting nearly six inches off the back of her hair (she wanted it cut, its long and thick...) anyway, she commences talking politics and starts in with the crazy CHIP in the arm theory. I was afraid to say too much, didn't want my granddaughter's hair to be lopsided, ended up just saying we didn't come for a political lecture and left it at that. But on the way home I had to explain to my granddaughter that Obama is not going to be putting chips in her arms.
1 Reply
5
Reply Tue 7 Aug, 2012 04:31 pm
@farmerman, 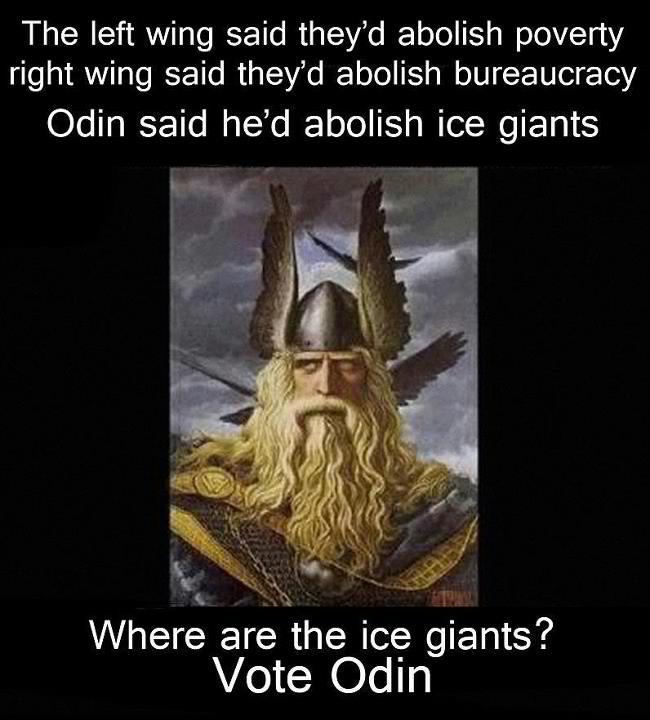 0 Replies
1
Reply Tue 7 Aug, 2012 04:41 pm
@farmerman,
CI has this nailed. You cant cure stupid.
1 Reply
1
Reply Tue 7 Aug, 2012 06:21 pm
@revelette,
I don't think every swing voter or Republican who doesn't like Obama is a Beck aficionado. If you discount the middle class in such a broad stroke, your stereotyping will always have you wondering why things are as they are - and have you competing with other bigots.
1 Reply
3
Reply Tue 7 Aug, 2012 06:58 pm
Why does taxing big business equate to gutting business?
1 Reply
1
Reply Tue 7 Aug, 2012 07:06 pm
@edgarblythe,
I think everyone draws a different line between taxing and gutting. Most Republicans think corporations should pay their fair share - keeping in mind that they employ a hell of a lot of people and have additional financial responsibilities to those people, like matching some benefits, a myriad of constantly tightening laws on pollutants, child care / maternity/paternity leave etc.

I didn't say, or even think, taxing = gutting, but I can imagine a run away party who taxes corporations to the point of insolvency.

Finding a fair place to draw the line has the two major parties at odds.
1 Reply