Forums: Rainforest, Environment, Environmentalism, Activism, Clicktivism
Email this Topic • Print this Page
2
Reply Mon 27 Apr, 2009 03:47 pm
@danon5,
ontario in the springtime means TRILLIUMS will be flowering !
they need a bit more rain though . they prefer shady places - usually when trees protect them from direct sunlight - there are often thousands and thousands in a very small area .
as soon as it gets really warm they'll be gone .
hbg
click ! 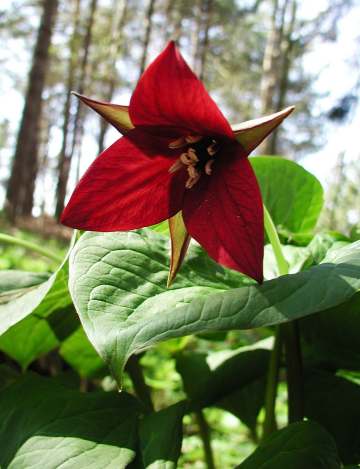 wonderful when you see them - the occasional red trillium

The flowers down here are in a state of confusion. Some bloomed really early and some didn't bloom at all. Some trees are in full leaf now and some are still bare. It's all changing and one beautiful shrub that in the past had beautiful blooms didn't do anything this year. Looks like our planet needs fixing.
0 Replies
2
Reply Tue 28 Apr, 2009 10:50 am
@danon5,
Baten down the hatches, and stay safe dan!

A favorite pic - Sunset on the American River {near Coloma, CA} spring is springing
achooooooo
the temperatures here are zooming up and down along with weather fronts that seem to be in a hurry to get somewhere
got drenched in about 30 seconds this morning, running from the car to the office - my passenger's umbrella went insideoutupsidedown about 5 times in those seconds - I was wrapped in a dog blanket I grabbed from the back of the car - surprise it's an unexpected deluge! the landscape is sooooooooo georgous though - a neighbor has two lovely dogwood trees with white blooms. The maples by the porch sprouting, lilacs blooming, even the pines are shaking away winter dust with new growth. beautiful colors everywhere!

Glad you got home ok and safely!

A limited edition print of North Fork of the Middle Fork of the American River by Douglas Fairchild. The painting was done during the time that Auburn Dam directly threatened the canyon, and prints were sold to defeat the plan.

If Johnson were still in office (alive, of course) it would be pronounced, " Thu Merican River."

That's politics in TX folks. Or, used to be. I think people down here are smartening up a bit. Or, maybe not. I don't know.

More bout' the bridge...
All that the dam cohorts were able to build is the Foresthill Bridge, and with all the political haggling and fame, hollywood found a back drop {literally} with stunt people using the bridge for sailing cars over. It is the highest bridge in California, and also the third highest for the United States. 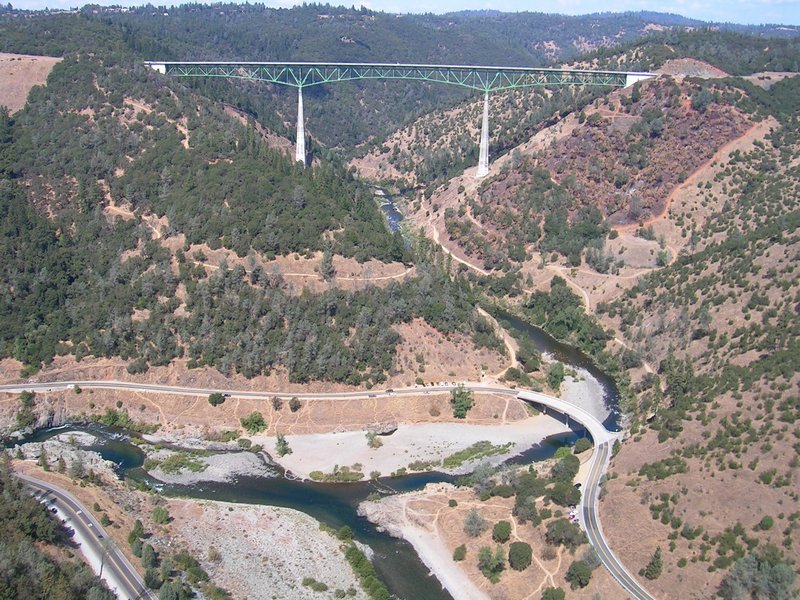 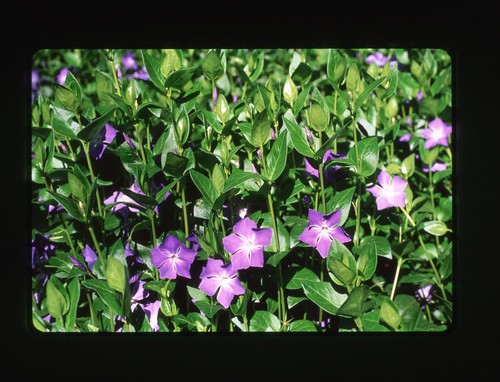 Meandering the Sierra landscape there are meadows of Ca's State Flower, and the California Golden Poppy grows near rocks and cliffs also. Quiet nice during Spring, the plant can be seen waving at motorists from interstates, highways, and meadow roads. 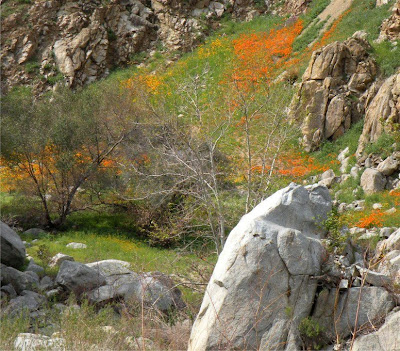 May Day has already started somewhere across the International Date Line

Down here most of our Spring flowering plants bloomed in the latter part of WINTER!! Shock. The rest, as I've said are confused to say the least.

I was concerned for the silver birch, {not a few from the neighborhood died} but now the trees doing well. Nitrate feeding seemed to have given the tree a boost also.

Texas had some severe weather changes, even during the Christmas season you mentioned temps were way above normal. How's the weather now, Dan?
1 Reply
3
Reply Fri 1 May, 2009 01:45 pm
The mint is on the move.