Forums: Movies, Dvd, Film, Tv, Online Streaming Films
Email this Topic • Print this Page
1
Reply Fri 26 Aug, 2011 08:27 am
I have never been much of an opera lover, my tastes going more to symphonic and chamber music. Just for the hell of it, I rented an Ingmar Bergman film of Mozart's, "The Magic Flute". I was familiar with some of the music, but not the opera itself.

I am trying to introduce my teenager to some of the old movies and yesterday we watched The Party Peter Sellers. Such a great movie!!
0 Replies
1
Reply Sat 27 Aug, 2011 08:17 pm
Tonight we are watching The Island on DVD, I love this movie!
0 Replies
1
Reply Sun 28 Aug, 2011 09:18 am
@Phoenix32890,
Turandot in the Forbidden City of Beijing (2000)
http://www.imdb.com/title/tt0205483/
It's the famous filming of the the opera recorded live in the Forbidden City where an opera has never been staged before.

Also, if you happen to live by a participating movie theater, a company called Fathom Events live streams (as well as rebroadcasts for later screenings) many of the Met Opera performances to many cinemas across the country.

I might see a few performances this year as I can't afford to see the operas performed live at the actual Met.

Remember, ""Fish are friends, not food."

0 Replies
1
Reply Mon 29 Aug, 2011 08:02 pm
@tsarstepan,
I dont know why but I went to the red box and rented two movies the night before we lost power from IRENE. We then lost power and I didnt get to run them until this AM. I rented
THE LAST GODFATHER (Harvey Keitel and some Chise guy who was given the name Fun Goo). It was supposed to be a comedy. Everybody except the Chinese guy phoned it in .


Last Godfather---LAME as any movie Ive ever seen. HArvey Kweitel must really be in bad financial straights to even consider this one

Beaver--- not so much lame as tiring account of what could have bneen an interesting 20 min short, or a news clip on the LATE SHOW.

I would not bother. MAybe I was in the market for too much mindless entertainment that my guard was down when I swiped y credit card on these two.
1 Reply
1
Reply Tue 30 Aug, 2011 09:25 pm
@tsarstepan,
Quote:

Also, if you happen to live by a participating movie theater, a company called Fathom Events live streams (as well as rebroadcasts for later screenings) many of the Met Opera performances to many cinemas across the country.

I might see a few performances this year as I can't afford to see the operas performed live at the actual Met.


The pbs stations have been broadcasting most, if not all, of the Met's HD performances which have been shown in movie theaters. They have them on generally a few months after they have been shown in the theaters. They have also been broadcasting a lot of other Met productions lately. In the past two weeks alone I watched Capriccio and Il Trovatore, and they also recently broadcast Le Comte Ory. In fact, pbs has been showing more operas than ever--generally several a month, mostly from the Met, and, as an opera fan, I have been in heaven.

So, check your pbs listings, tsar. Generally I think they are listed under the Great Performances series.
0 Replies
1
Reply Wed 31 Aug, 2011 06:53 am
@farmerman,
Here's two good movies for you to rent assuming you
haven't already seen them. 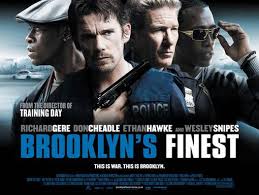 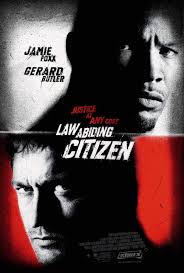 "Blackthorn" starring Sam Shepard who is excellent in it. 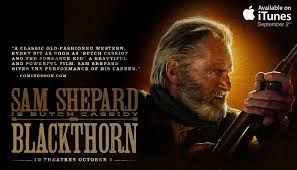 Based on the premise that Butch Cassidy & the Sundance Kid
were not killed by the Bolivian army. The story begins 20 years
later, Butch decides it's time to return home.
I wont say anymore, don't want to spoil it.
It's a good movie, here's a trailer.
http://www.youtube.com/watch?v=5FMZDtpMFqk
0 Replies
1
Reply Thu 8 Sep, 2011 11:54 pm
@aidan,
I want to see perfume also. Haven't had the time.

0 Replies
4
Reply Tue 13 Sep, 2011 06:27 pm
Our old friend, the lightwizard had not posted in some time. This was one of the last A2K threads he posted on. I got word from stradee just a little while ago that the lightwizard has died.

Watch a good movie in his memory. Make sure the lighting and sound are good

it's funny i'm a bigger fan of Kevin Smith the podcaster than the film maker, i mean i've liked the films of his i've seen before, all one of them (Dogma), but i love Smodcast and his appearances on The Opie & Anthony Show
1 Reply