my guess would be the latter...
0 Replies
2
Reply Sat 13 Feb, 2021 11:04 am
Despite the pandemic, cabaret programme and expert conferences: This is to be tested in the Netherlands. On Monday, around 500 participants are to come together for a symposium in the Beatrix Theatre in Utrecht. The following week, a cabaret show with an audience is to take place there. This was reported by the Dutch news agency ANP.

Football matches with 1500 spectators each as well as shows in Amsterdam's Ziggo Dome and open-air events in a holiday park are also planned - each with extensive precautionary measures.

The event industry, the Ministry of Health, other authorities and scientific institutions in the Netherlands have agreed on this as part of the "Fieldlab Events initiative". The aim is to develop safe and trustworthy concepts for events with an audience.

The Dan David Prize, affiliated with Tel Aviv University, said it honored Fauci for his career in public health and "speaking truth to power" during the politicized COVID-19 crisis.

The condition, which usually emerges several weeks after infection, is still rare, but can be dangerous. “A higher percentage of them are really critically ill,” one doctor said.
[...]
Doctors across the country have been seeing a striking increase in the number of young people with the condition Braden had, which is called Multisystem Inflammatory Syndrome in Children or MIS-C. Even more worrisome, they say, is that more patients are now very sick than during the first wave of cases, which alarmed doctors and parents around the world last spring.

“We’re now getting more of these MIS-C kids, but this time, it just seems that a higher percentage of them are really critically ill,” said Dr. Roberta DeBiasi, chief of infectious diseases at Children’s National Hospital in Washington, D.C. During the hospital’s first wave, about half the patients needed treatment in the intensive care unit, she said, but now 80 to 90 percent do.

The reasons are unclear. The surge follows the overall spike of Covid cases in the United States after the winter holiday season, and more cases may simply increase chances for severe disease to emerge. So far, there’s no evidence that recent coronavirus variants are responsible, and experts say it is too early to speculate about any impact of variants on the syndrome.

The condition remains rare. The latest numbers from the Centers for Disease Control and Prevention show 2,060 cases in 48 states, Puerto Rico and the District of Columbia, including 30 deaths. The median age was 9, but infants to 20-year-olds have been afflicted. The data, which is complete only through mid-December, shows the rate of cases has been increasing since mid-October.

While most young people, even those who became seriously ill, have survived and gone home in relatively healthy condition, doctors are uncertain whether any will experience lingering heart issues or other problems.

“We really don’t know what will happen in the long term,” said Dr. Jean Ballweg, medical director of pediatric heart transplant and advanced heart failure at Children’s Hospital & Medical Center in Omaha, Neb., where from April through October, the hospital treated about two cases a month, about 30 percent of them in the I.C.U. That rose to 10 cases in December and 12 in January, with 60 percent needing I.C.U. care — most requiring ventilators. “Clearly, they seem to be more sick,” she said.

Symptoms of the syndrome can include fever, rash, red eyes or gastrointestinal problems. Those can progress to heart dysfunction, including cardiogenic shock, in which the heart cannot squeeze enough to pump blood sufficiently. Some patients develop cardiomyopathy, which stiffens the heart muscle, or abnormal rhythm. Dr. Ballweg said one 15-year-old at her hospital needed a procedure that functioned as a temporary pacemaker.
... ... ...

1) Vaccinations. We have been waiting for months for the vaccine cavalry to come over the hill and save us. It’s possible that the U.S. is seeing dividends from the early vaccination of front-line health care workers and those in residential care settings, both settings with high transmission potential. But given the slow (albeit accelerating) vaccine rollout combined with weeks of lag time in building immunity, it’s unlikely that the sudden drop in cases is due largely to vaccinations...

2) Less testing. The mobilization of health care resources toward vaccination could have reduced testing and thus measured cases, but this does not seem to be a big contributor. While the number of tests per capita has declined a bit since early January, the share of positive tests has also declined, pointing to a real decline in cases rather than an artifact of less testing...

3) Behavior and policy change. Given the importance of superspreading for SARS-CoV-2 transmission, with a small percentage of people responsible for a large percentage of onward infections, small changes in behavior that reduce these opportunities could have a big impact. When a fire is raging all around, people tend to voluntarily adjust their behavior to avoid getting burned...

4) Seasonality. We are accustomed to seeing a seasonal rise and fall for many respiratory viruses, including influenza. While seasonality is less scientifically understood than one might expect, it is thought to be a combination of social contact patterns (return to school, moving activities indoors) as well as an effect of temperature and humidity on virus transmissibility. While many assumed a seasonal component was at play with the steep rise in COVID-19 cases in the autumn in the U.S. and Europe, the fact that we are still in the dead of winter in many places, coupled with significant increases over the summer in many U.S. regions, makes this far from a slam-dunk case. The calendar-driven social mixing dynamics may be a better fit for the current drop in cases, with busy autumn activities and holidays giving way to a typical January slump fueled by dark, cold weather and fewer social events.

5) Herd immunity. One key variable in epidemic modeling is the number of susceptible individuals remaining in the population—the human kindling that keeps an epidemic fire burning. As more and more people become infected and immune, the virus cannot spread. The best estimates suggest that we are still far from the herd immunity threshold that would keep the epidemic from growing again, generally believed to be about 70–80 percent of the population. There have been almost 28 million confirmed COVID-19 cases in the U.S. The Centers for Disease Control and Prevention estimates that we are picking up 1 in 4.6 actual cases, meaning almost 130 million people may have been infected, or close to 40 percent of the U.S. population...

6) The known unknowns. As Michael Osterholm emphasizes, despite our best scientific efforts, we must humbly admit that human understanding of SARS-CoV-2 infection dynamics in the real world is limited. 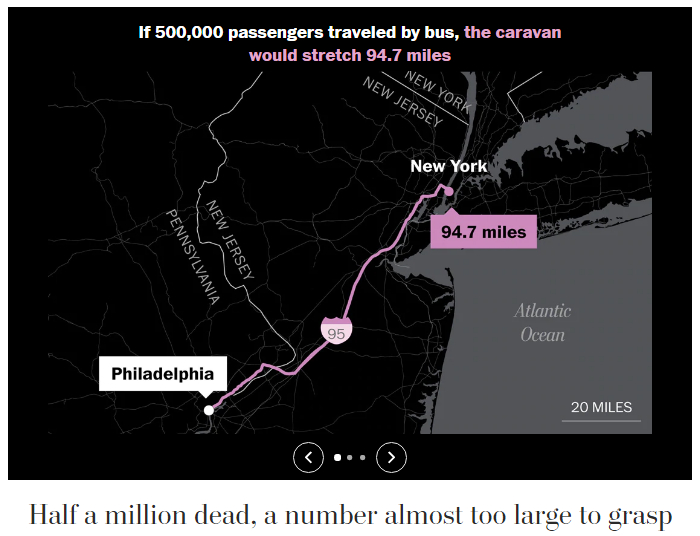 Interesting article on why Covid cases are falling. Excerpts below, more at the link.

The way the UK strain keeps doubling exponentially in the US, the number of cases probably won't be falling for very long.

Although perhaps with monoclonal antibodies we might be able to avoid another round of hospital triage and mass graves.
0 Replies
3
Reply Tue 23 Feb, 2021 10:46 am
Pubs and restaurants closed, the best-before date breathing down their necks: the Corvit lockdown is also causing hardship for many breweries.
In the Allgäu (part of the Bavarian Alps), however, a brewery did not want to simply throw away its barley juice shortly before expiry.

Just pour it away or give others a treat? The Irsee Monastery Brewery decided on option two and gave away more than 2500 litres of draught beer to private households on Sunday shortly before the expiry date.
The people in charge at the Irsee monastery brewery said they had not expected the campaign, which had only been announced the day before, to attract so many people, but thanks to a hygiene concept they were well prepared for the onslaught.
All visitors were very reasonable, they kept to the hygiene concept with FFP2 masks and the necessary distances. A few beer fans had to queue for up to two hours before they could get their beer. (A maximum of five litres per person could be taken along.)
0 Replies
1
Reply Sat 27 Feb, 2021 10:07 am
Quote:

It will be the third shot made available to the United States in the year since
the first surge of coronavirus cases began washing over the country, and it will
be the first vaccine to require just one dose instead of two...