Forums: Coronavirus
Email this Topic • Print this Page
2
Reply Wed 4 Mar, 2020 09:05 pm
It is worth pointing out that wearing masks does not necessarily protect people. If the pathogen is in an aerosol form (someone sneezes or coughs), and it gets on your face, it can enter your body through the puncta. From Wikipedia: The lacrimal punctum (plural puncta) or lacrimal point, is a minute opening on the summits of the lacrimal papillae, seen on the margins of the eyelids at the lateral extremity of the lacrimal lake. There are two lacrimal puncta in the medial (inside) portion of each eyelid.

If you touch anything in public which might have been exposed to the pathogen, wash your hands. People touch their faces all the time. If you're OCD and you know it, wash your hands!
0 Replies
1
Reply Wed 4 Mar, 2020 09:06 pm
I just wanted to cheer everyone up.
0 Replies
1
Reply Wed 4 Mar, 2020 10:21 pm
Long before the scare began I began washing hands constantly, even if I don't leave the house, when I touch various things. Also, I began a few years back washing everything I bring in, such as cans of food, onions, watermelons, loaves of bread - anything.
0 Replies
2
Reply Wed 4 Mar, 2020 10:28 pm
Buy vinegar and Vodka.......In a pinch I have used whiskey to clean out a wound....peroxide also is helpful.

Hopefully there hasn't been a run on Vinegar yet.

Holding your breath in public? Extreme terror close to paranoia about Coronavirus.

"Well, I think the 3.4 percent is really a false number. Now, and this is just my hunch, and — but based on a lot of conversations with a lot of people that do this. Because a lot people will have this and it's very mild. They'll get better very rapidly. They don't even see a doctor. They don't even call a doctor," Trump said.

"You never hear about those people. So you can't put them down in the category of the overall population in terms of this corona flu and — or virus. So you just can't do that," he continued. "So if, you know, we have thousands or hundreds of thousands of people that get better, just by, you know, sitting around and even going to work — some of them go to work but they get better The latest James Bond movie was supposed to open on April 9.
MGM and Universal have moved its release date to November 25 due to the spread of the virus in the US.

I had already decided to skip it in theaters and watch it at home. But maybe by November it will be safe to venture out to theaters again.
1 Reply
1
Reply Fri 6 Mar, 2020 12:48 pm
Here in Rome, not a tourist in sight. It's almost magical... We'll try and see the Sistine Chapel this weekend. That'll at least make something to tell St Peter, trying to talk our way through the pearly gates... ;-)

I and my team start teleworking as of next week.

A good summary by CNBC:

- Italy has adopted the most drastic measures in response to the coronavirus in Europe so far.
- Schools and universities are closed until at least March 15, football fans are not allowed in stadiums to watch matches, and more people are being encouraged to work from home.
- France recorded 138 additional cases Thursday, its biggest daily increase, bringing the number of infected people in the country to 423.

European countries are battling with the coronavirus as the number of infected people keeps growing, while the death toll in Italy —the region's epicenter —rose dramatically Thursday.

Italy's Civil Protection Agency reported an additional 41 deaths from coronavirus late Thursday, taking the total to 148. More than 3,800 people have been infected in Europe's worst-hit country, which announced 7.5 billion euros ($8.40 billion) in aid Thursday – twice as much as originally planned – to tackle the outbreak.

"The atmosphere is a bit unreal because it's something in the middle of going back to business-as-usual and legitimate concern," Antonio Ambrosetti, CEO of Italian business Ruling Companies, told CNBC's Squawk Box Europe.

Italy has adopted the most drastic measures in response to the coronavirus in Europe so far. Schools and universities are closed until at least March 15, football fans are not allowed in stadiums to watch matches, and more people are being encouraged to work from home.

"What I think is that these measures of the government, which are quite extreme and invasive, are in fact necessary because the name of the game is to slow down the contagion," Ambrosetti said Friday.

"There is an explosion of working from home... even companies who have never done smart working are doing it."

Meanwhile, health authorities in the northern region of Lombardy are telling patients to avoid hospitals with anything other than urgent matters.

The Italian government has already warned that its 2020 deficit will be higher than initially planned. With the latest financial aid package of 7.5 billion euros, Italy is expecting its deficit to reach 2.5% this year – 0.3% higher than the estimations prior to the outbreak.

Analysts at Berenberg Bank said that Italy could face an economic recession this year, if the virus keeps spreading.

"We expect the situation in Europe, Japan and the U.S. to worsen through April before it starts to improve slightly at some point in May. This implies a near-term recession in Germany, Italy and Japan," Berenberg bank said in a note Friday morning.

Elsewhere in Europe, France recorded 138 additional cases Thursday, its biggest daily increase, bringing the number of infected people in the country to 423. One French lawmaker is in intensive care after being diagnosed with the virus.

working from home is doable -- i can remote in.

my supervisor is vacationing in italy this week.

he left before the new policy was put in place...


Suggest you get your resume updated in case you boss does not made it back from his vacation alive...........LOL 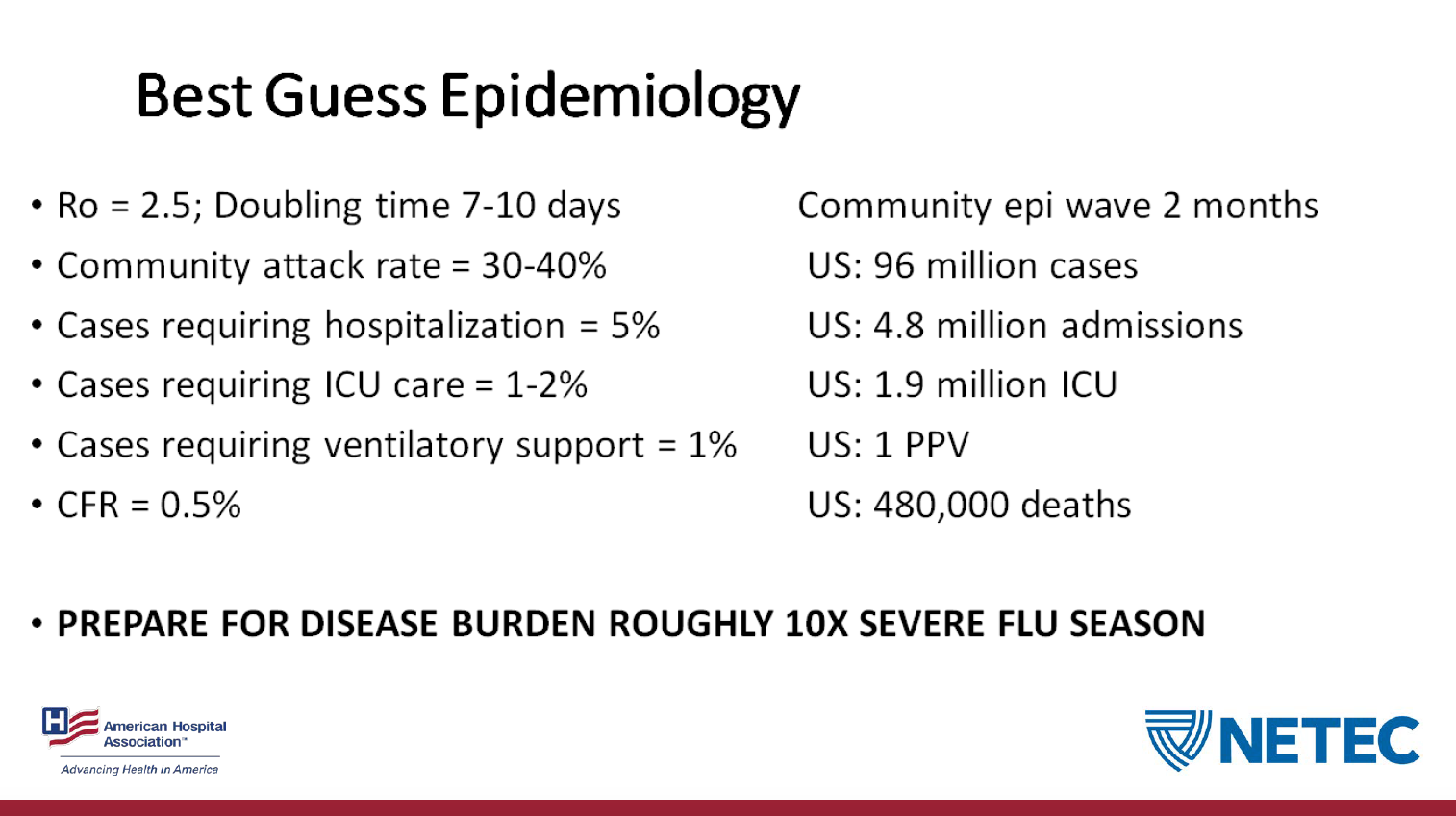 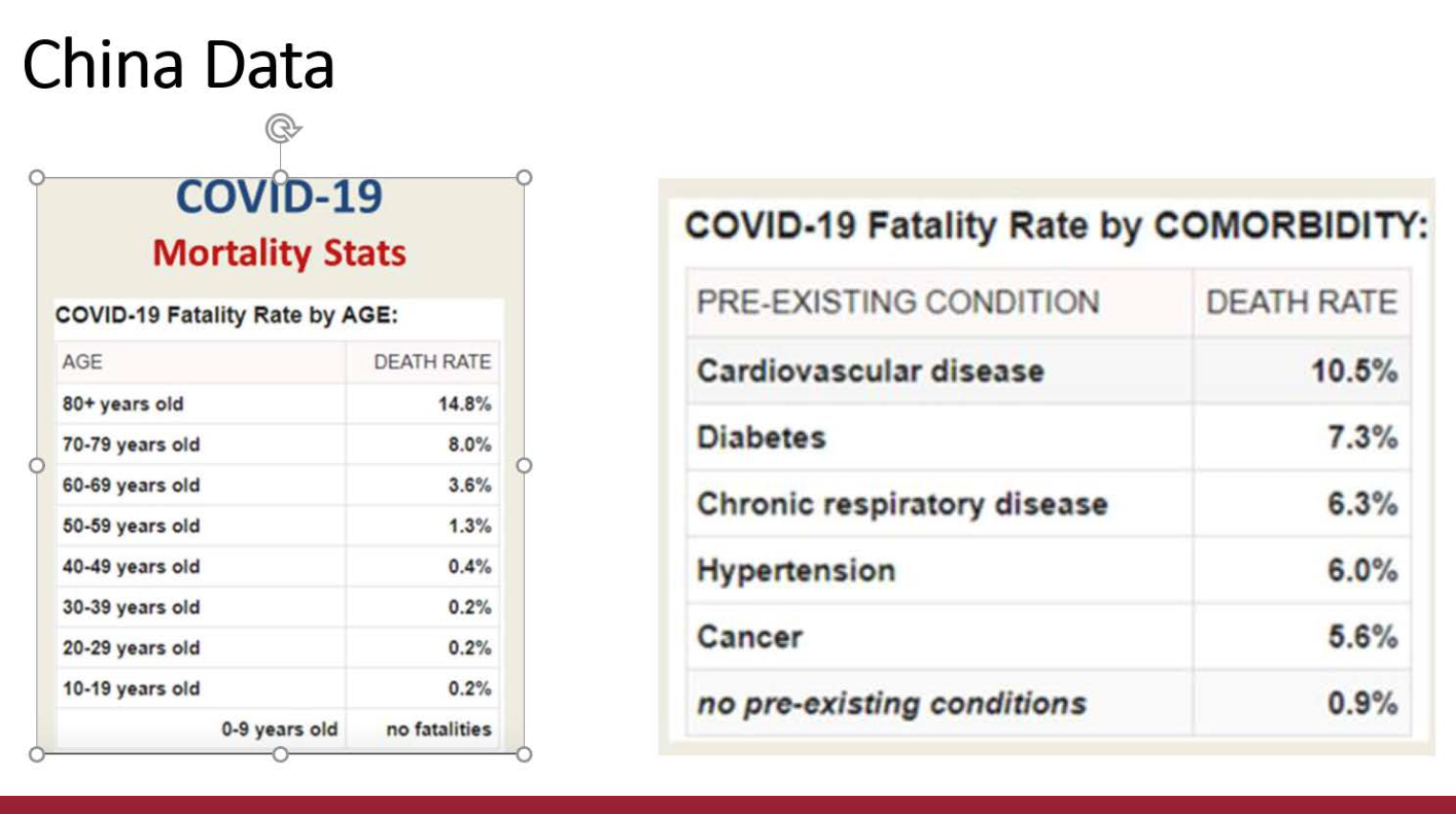 0 Replies
1
Reply Mon 9 Mar, 2020 11:21 am
All museums closed during the weekend... indefinitely. The city is still pulsing though. There are still a few tourists, mainly from the Indian subcontinent. They all looked very happy; they are seeing sites in the best conditions possible, without the usual heavy density of fellow tourists. Imagine having the Trevi fountain all for yourself!

Went to the office this morning, only to learn that one staff was diagnosed positive. I guess I'll stick to telework from now on.
0 Replies
2
Reply Mon 9 Mar, 2020 12:17 pm
I just saw a headline advising all over 60s to stay home. I plan to do the things I always do anyway, unless it strikes nearer to my part of town.
1 Reply
1
Reply Mon 9 Mar, 2020 01:07 pm
Stateside, is it true that you can't get the covid-19 test unless you have health insurance or can pay for it ?.
1 Reply
1
Reply Mon 9 Mar, 2020 01:21 pm
@eurocelticyankee,
Odds are you can't get tested in the US even if you do have insurance and are willing to pay for it yourself.

unless it strikes nearer to my part of town.

Keep in mind that the progress of the disease is not being seriously tracked in the US.

It is almost certainly spreading ahead of the official reporting of its progress.
0 Replies