This thread is an interesting read.

Especially if one start to realise that virusses and bacteria are NEVER the cause of any disease. So it is also not contagious! But ehh, once people believe that crap it can be used for control!

Pasteur confessed the above on his deathbed.

Palandre is an attention seeking idiot, which is why Max is so eager to engage with him. He's one of the few posters who make Max look smart.
3 Replies
2
Reply Thu 25 Jun, 2020 10:53 am
@izzythepush,
I hope he doesn't return ever.

What Really Makes You Ill?: Why Everything You Thought You Knew About Disease Is Wrong

This book will explain what really makes you ill and why everything you thought you knew about disease is wrong. "Doctors are men who prescribe medicines of which they know little, to cure diseases of which they know less, in human beings of whom they know nothing." Voltaire. The conventional approach adopted by most healthcare systems entails the use of ‘medicine’ to treat human disease. The idea encapsulated by the above quote attributed to Voltaire, the nom de plume of François-Marie Arouet (1694-1778), will no doubt be regarded by most people as inapplicable to 21st century healthcare, especially the system known as modern medicine. The reason that people would consider this idea to no longer be relevant is likely to be based on the assumption that ‘medical science’ has made significant advances since the 18th century and that 21st century doctors therefore possess a thorough, if not quite complete, knowledge of medicines, diseases and the human body. Unfortunately, however, this would be a mistaken assumption; as this book will demonstrate. 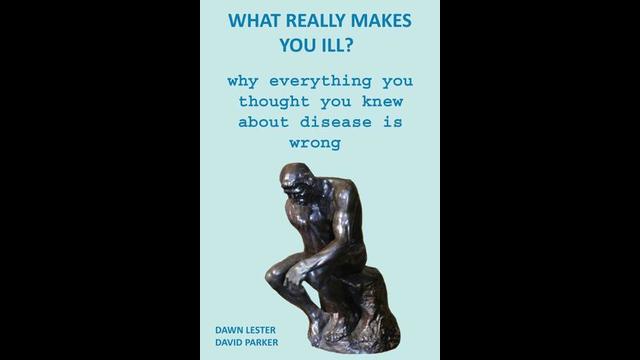 
"Description
In the late 19th century, Louis Pasteur originated the “germ theory”, which, simply stated, says that the body is sterile and germs from the air cause disease. This became the medical paradigm for the Western world, which seeks to cure disease through medication. Nancy Appleton suggests that disease is generally caused not by outside microscopic invaders, but by ourselves in what we think, say, feel, do and eat. Abundant evidence suggests that germs are not the cause of many illnesses so common in North America, including allergies, arthritis, osteoporosis, and others that fall into the category of chronic and degenerative diseases. This book gives a scientific option to Louis Pasteur’s germ theory, shows why some people get sick and others do not, why medicines heal some people and not others, how your body can resist infections and degenerative diseases, the true cause of disease and the true cause of healing. Food plans and ways to eat to enhance health and healing are offered. This is an excellent patient support book."

What about FREEDOM OF SPEECH?


Much smarter then your scientist!

bery cheap no go and read a book.


You're a Roads Scholar, right?
(Roads as in Braindead Roadkill, not Rhodes)
1 Reply
3
Reply Thu 25 Jun, 2020 01:58 pm
@Palandre,
I hate fascists. I also hate liars, cheats and frauds. I do pity the mentally ill and the sadly misinformed.

You had your free speech. You made your speech freely; no one stopped you from making it. Unfortunately you broke the ToS that you signed when you joined.

I don't put much credence to unattributed nonsense on youtube.

Because they give you co2 poisining and reduce the inflow of o2, A very dangerous situation!

That's so ignorant just on the face of it. Explain how THAT works. I could use a chuckle about now after reading through your load of crap.
0 Replies