Texas on Tuesday reported another daily record — more than 5,000 new infections — prompting renewed warnings from Gov. Greg Abbott, who urged residents to stay home in an interview with the television station KBTX.

“Because the spread is so rampant right now, there is never a reason for you to have to leave your home unless you do need to go out,” he said. “The safest place for you is at your home.”

The governor, a Republican who has resisted the idea of another lockdown, said that he was trying to get Texans to grasp the magnitude of the outbreak, which has rapidly worsened in the state in recent weeks.

Cases and hospitalizations there have doubled over the past month. Local leaders have expressed fears that the pandemic may be close to overloading hospital capacity after hospitalizations jumped from an average of 1,600 a day to 3,200 a day.

“There remain a lot of people in the state of Texas who think the spread of Covid-19 is really not a challenge,” Mr. Abbott said.

Mayors across Texas have butted heads with the governor over mask policies. Although Mr. Abbott has recommended that residents wear masks, he has stopped short of requiring them.

He has said he supports requiring businesses to adhere to mask rules, but not individuals.

He has also called on Texans to “do everything in their power to reduce the transmission of the coronavirus” by wearing face masks, washing their hands and observing social distancing.

The state was one of the first to end its stay-at-home order, on April 30, weeks before some of the benchmark epidemiological models suggested doing so.

More than half of the United States is seeing an increase in cases weeks after parts of the country reopened, and some state officials are slowing return-to-work plans and reimposing earlier restrictions.

In Washington State, which shipped ventilators that it no longer needed to New York, Gov. Jay Inslee announced that he would order everyone to wear a mask in all outdoor and indoor public spaces.

In Maine, indoor bars won’t be reopening as planned. In Louisiana, occupancy limits will remain in place. And in Riley County, Kan., where case numbers grew more than 50 percent over the past week, officials said they would tighten restrictions on mass gatherings.

“I think we may have let our guard down a little bit,” said Julie Gibbs, the Riley County health officer. Several athletes at Kansas State University, which is in the county, have tested positive in recent days, and a majority of new cases have been in young adults.

Louisiana logged 1,356 new cases on Tuesday, the largest amount since late March and early April. The spike came one day after Gov. John Bel Edwards, a Democrat, said it was not yet safe for businesses to reopen more fully. He noted that about 90 percent of new cases were coming from community spread, not nursing homes or other group living facilities.

“It is clear that Covid is alive and well in Louisiana, and as we see more people testing positive and admitted to hospitals, we simply are not ready to move to the next phase,” Mr. Edwards said.

In Maine, as in most of the Northeast, case numbers have continued to decline. But officials said clusters at restaurants and bars in other states caused them to retreat from plans to reopen bars for indoor service on July 1.
0 Replies
4
Reply Tue 23 Jun, 2020 10:28 pm
There will be no second wave any time soon because the first wave still is building. There is no shut down coming. The schools soon will reopen and the kids are not required to wear a mask. Texans always brag they do it all themselves. They are pretty much on their own and will now have to prove they can do it.
1 Reply
4
Reply Tue 23 Jun, 2020 10:33 pm
@edgarblythe,
That's the part they work at ignoring. We're still on the first wave.
0 Replies
3
Reply Wed 24 Jun, 2020 12:37 am
The Lancet’s editor: ‘The UK response to coronavirus is the greatest science policy failure for a generation’

[...] The Covid-19 Catastrophe: What’s Gone Wrong and How to Stop It Happening Again is a short polemical book, building on a series of excoriating columns Horton has written in the Lancet over the past few months. He lambasts the management of the virus as “the greatest science policy failure for a generation”, attacks the Scientific Advisory Group for Emergencies (Sage) for becoming “the public relations wing of a government that had failed its people”, calls out the medical Royal Colleges, the Academy of Medical Sciences, the British Medical Association (BMA) and Public Health England (PHE) for not reinforcing the World Health Organization’s public health emergency warning back in February, and damns the UK’s response as “slow, complacent and flat-footed”, revealing a “glaringly unprepared” government and a “broken system of obsequious politico-scientific complicity”. [...]

https://www.theguardian.com/politics/2020/jun/14/the-lancets-editor-the-uk-response-to-coronavirus-is-the-greatest-science-policy-failure-for-a-generation
0 Replies
4
Reply Wed 24 Jun, 2020 02:46 am
Things aren't going as well as they were in Victoria. Our daily case numbers are a lot higher that they've been for quite some time and we had the first Australian death yesterday for over a month.

And panic buying has kicked in again. The major supermarkets have reintroduced limits on toilet rolls, hand sanitiser, flour, pasta, sugar and so on. I can't believe that people are being stupid enough to start hoarding again.
2 Replies
4
Reply Wed 24 Jun, 2020 04:40 am
@cherrie,
Authorities here have ordered two districts into lockdown – the first time since easing restrictions. Both districts's borders are less than one kilometre from where I live.

The cause of the outbreak - about 1,500 persons are positive as of today - is down to workers contracting coronavirus at the Rheda-Wiedenbrück meat plant run by Germany's leading meat processing firm Tönnies.

Many of the workers at the processing plant come from eastern Europe, have short-term contracts with various sub- and sub-sub-contractors, and live partly as far as 80 km away from the plant.
It said - and known! - that these eastern Europeans are the victims of appalling living conditions at the mass accommodation provided for them by those sub-contractors hired by the meat packing industry.
Furthermore, there's a practise of meat companies contracting out work to subcontractors so that they cannot be held liable when abuses are exposed.
0 Replies
2
Reply Wed 24 Jun, 2020 07:20 am
@cherrie,
I'd love to know what they're doing with all the TP they hoarded already? When my neighbors open their garage door I see the impressive pile of TP they have already. its crazy. I blame the Zombie films and shows.
0 Replies
3
Reply Wed 24 Jun, 2020 01:16 pm 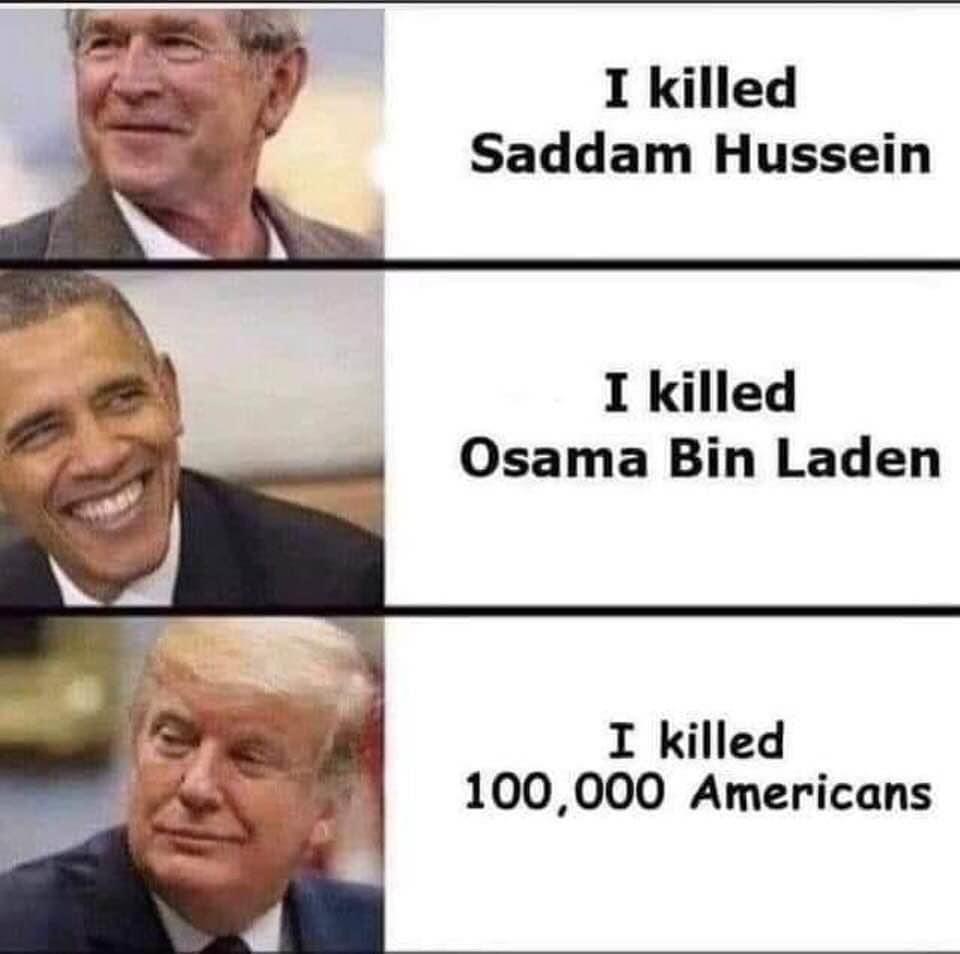 0 Replies
4
Reply Wed 24 Jun, 2020 01:20 pm
Never know what's going to be hoarded next. We looked for canned beets today. We became hoarders because the TP we always bought in a four pack is now available only in a twelve pack.
1 Reply
2
Reply Wed 24 Jun, 2020 03:22 pm
@edgarblythe,
Its just the two of us. We're still on the TP we got before Christmsas. We bought 48 rolls today. We'll be using it Until next Easter!

I do have a stock of rice, beans, pasta and canned goods I believe would feed us for three months. I built it by buying a sale item here and a sale item there. I'm buying like the electric might be intermittent and I have four tanks of propane if I need to start drying foods in the freezer/fridge.

I do have a shotgun and plenty of shells. I have no faith in Trump maintaining civil control and where I live in Texas. It was an anarchy here through most of the civil war and for more than 10 years after and during the financial panics of the 1890's, and was pretty lawless though the depression, too. People would murder for a plate of rice and beans.

Hope for the best, plan for the worst. I absolutely look forward to being totally wrong.
1 Reply
3
Reply Wed 24 Jun, 2020 03:36 pm
@bobsal u1553115,
If the government continues to give all our tax money in welfare to the richest and expect the rest of us to get through a great depression on $1200, I foresee the greatest uprising we will ever see.
1 Reply
2
Reply Wed 24 Jun, 2020 03:52 pm
@edgarblythe,
Pretty much how I see it. Some of the craziest to man the barricades will be his disabused former cheer leaders. They'll turn on him with a savage rage. They bug me now, but they'll scare me in the dystpic future, I'll be sure not to get in their way when they join the ranks for the first wave of berserkers.
0 Replies
2
Reply Wed 24 Jun, 2020 05:29 pm
Texas governor says state facing 'massive' COVID-19 outbreak
Source: Galveston County Daily News

Texas Gov. Greg Abbott said Wednesday that the state is facing a “massive outbreak” in the coronavirus pandemic and that some new local restrictions may be needed to protect hospital space for new patients. “There is a massive outbreak of COVID-19 across the state of Texas," Abbott said in an interview with KFDA-TV in Amarillo.

With new cases and the number of COVID-19 patients rising rapidly, "We are looking at greater restrictions and some could be localized,” Abbott said Wednesday without detailing what those would be or where. “There are some regions in the state of Texas that are running tight on hospital capacity that may necessitate a localized strategy to make sure that hospital beds will be available," he said.

Abbott, who aggressively pushed to reopen the state in May, acknowledged state officials are closely watching hospital space.

Texas Children’s Hospital in Houston, the largest pediatric hospital in the U.S. said Tuesday that it was admitting adult patients across its campuses to free up more hospital bed space in the Houston area. The number of COVID-19-positive hospital patients in Harris County, which encompasses Houston, has nearly tripled since May 31. 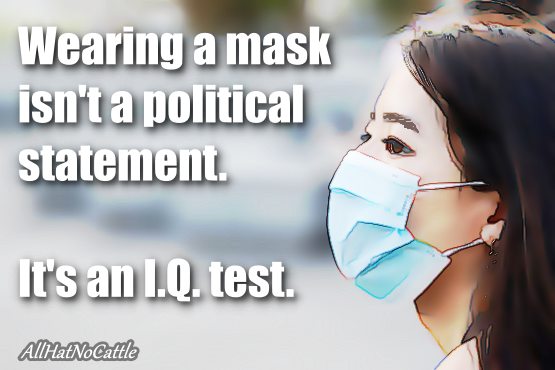 Disney is delaying the phased reopening of Disneyland and Disney California Adventure, the company's flagship theme parks in California, the company said on Wednesday.

The resort, located in Anaheim, California, was set to welcome back guests on July 17 after being closed for months because of the coronavirus pandemic.

Disney (DIS) did not give a new reopening date for the Disneyland resort.

Especially if one start to realise that virusses and bacteria are NEVER the cause of any disease. So it is also not contagious! But ehh, once people believe that crap it can be used for control!

Pasteur confessed the above on his deathbed.

Especially if one start to realise that virusses and bacteria are NEVER the cause of any disease.

I am a little curious. What would you say is the cause of Covid-19?