Good: Spooky at times, one great dialog, no sermon this week.
Bad: The episode dragged. Useless special effects for no reason. Poor acting (worse than usual).

Plot: The gang go to visit a mansion in 1816 on the night that was said to inspire Frankenstein. Weird things start happening, including a bony hand, a couple of ghosts, vases flying on their own accord. The house starts playing Portal; they walk out one side of the room and come back on the other. And Percey Shelley has disappeared.

They stumble around aimlessly for a while.

Then (surprising no one) a cyber-man appears. He is looking for "the Guardian". The Cyberman flirts with the Doctor... she comes on to him (as in let's run away together), he tries to shoot but comes up limp. Then he gets struck by lightning, get's his power back up and the Doctor runs.

It turns out the "Lone Cyberman" (as named by Jack Harkness) is looking for Cyberium which melded itself with Percy Shelley. The Cyerman ends up finding him and the Doctor and wants it back.

Mary Shelley tells the cyberman that she sees he still has a soul (she wrote Frankenstein... so what else could she do). The Cyberman basically tells her to f*** off.

The Doctor dithers, torn between saving Percey Shelley and stopping another cyber-war. After some more stilted dialog and a rather tortured monologue about the power of the Word she decides to save the poet.

The Doctor first takes the cyberium and declares she will never give it up. Then five seconds later she gives it up and the Lone Cyberman rides off into the sunset with his trusty Silver (sorry, I couldn't resist).

Points of the week

- I enjoyed the dialogue between the Doctor and The Cyberman. It was the best written scene of the week. When the Cyberman tell her "You annoy me" it made me laugh (and was good tell that he isn't fully emotionless yet).

- Many scenes with Whitaker fell flat this week. I don't know what she was doing when she was supposed to be agonizing about whether to sacrifice Shelley. She relied on exposition... the acting was not good.

- The Spooky scenes were good for about 10 minutes or so. They dragged on. Some of the special effects, such as the hand attacking Graham, added nothing.

- The Doctor's monologue about "Words having meaning" was quite excessive. I said there wasn't a sermon, maybe there was.

- This episode had the Lone Cyberman. There are many loose ends and only two episodes. They still need to address the Master, Gallifrey, the Retcon Doctor and the Timeless Child....

My main criticism is that of all dramatists who look at the Romantics, they always obsess with Shelley and Byron.

William Blake, was far more impressive, and unlike the above, had to work for a living.
1 Reply
2
Reply Tue 18 Feb, 2020 02:07 am
@izzythepush,
Half formed cybermen have been a feature pretty much from the off. In Tomb of the Cybermen Toberman is processed, gets a cyberman arm and stuff done to his brain but he breaks the programming. In the Target book he's a Turk and has two silver arms. I think by the time it was written they could see the original casting was a bit racist.

Unfortunately I can't find the clip where the Doctor reasons with him, but here he is at the end, sealing the cybercontroller back in.

At the other end of the scale you've got industrialist Tobias Vaughn who has cyber parts in his body but his mind remains unaltered.

The series is available, but some episodes, like the following clip, have been animated. 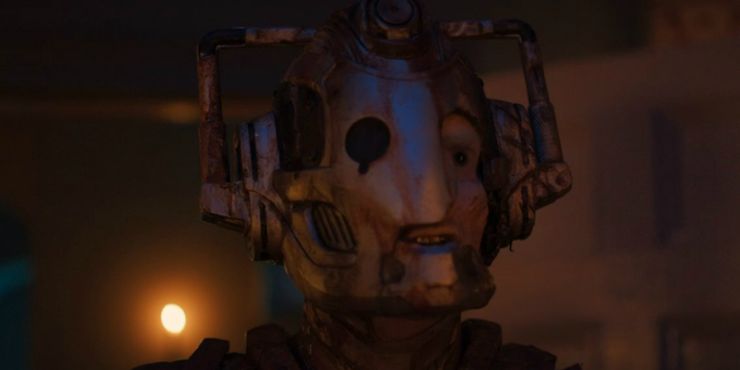 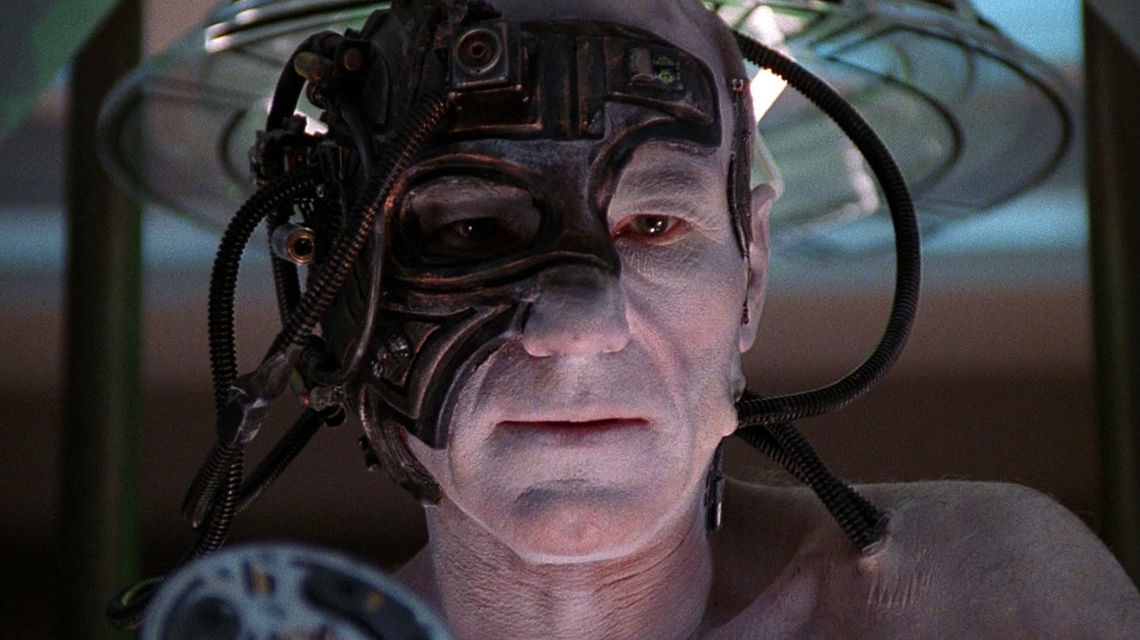 "The series 12 finale is part of a carefully parcelled out plan," says writer and showrunner Chris Chibnall. "I imagined all along that the Cybermen would happen at the end of the series and this two-parter gives them the weight they deserve."

The penultimate instalment of series 12 is another story with an 'of the Cybermen' title. "I love them!" he says. "And there hasn't been one since Rise of the Cybermen [in2006], so I decided it was about time.
"Ascension of the Cybermen is set at the end of the great cyber war," he explains. "This is a conflict that's reduced both the Cybermen and humanity to barely anything. It's the last remnants of the Cybermen against the last refugees of humanity in this corner of the universe. These refugees are on the run from the particularly relentless and ruthless Cybermen who are on their trail"


Why? Moffat was bloody awful. Seriously, there's so much wrong with Moffat (and to a lesser extent, Mark Gatiss, when he assisted Moffat on various episodes)

It's strange that once again, you bang on and on about how you're so anti-misogynist (virtue signalling) and your favourite writer is the most misogynistic of them all.

There's the whole fact that literally all his female characters exist as people who are just related to the doctor (or a man) somehow: https://www.theguardian.com/tv-and-radio/tvandradioblog/2014/aug/23/doctor-who-steven-moffat-sexism

Then there's the fact that women aren't women. Oh no, at least not when they're being related to the Doctor. They're girls. Amy Pond is the girl who waited, Clara Oswald is the impossible girl. If we look at new Who only, then we really want to look at the work of Russell T Davis.

Rose Tyler was the woman who saved the Doctor, which (even though she wasn't my favourite companion) really says it all about her.

Then there's Moffat's queerbaiting. Honestly I'm so sick of queerbaiting. The amount of "will they won't they" with queer couples in Moffat's work only for him to go "nah they're straight really - oh also this woman who claimed to be a lesbian? She's also in love with a man now and we never see her in any kind of situation with another woman".

Yes, I'm talking about Irene Adler in Sherlock. We were let down so much by Irene Adler.

Of course Russell T Davis is responsible for Captain Jack Harkness. Who was openly into everyone, and the Doctor was cool with it.

Chibnall is bringing it forwards.

Also, your casual misogyny is showing. Seems women bother you unless they only exist to support a man. Hm....
1 Reply
2
Reply Wed 19 Feb, 2020 02:08 pm
Piece on ratings in DW magazine issue 548. I'm transcribing this because it's not online. UK figures only.

Understandably, the launch figure for Jodie Whittaker's second series was some considerable way short of the massive 10.96m the watched The Woman Who Fell to Earth in October 2018.

However, the debut rating for Series 12 was almost identical to the number achieved by the series 10 opener. 2017's The Pilot had a seven day rating of 6.8m - although this represented television viewers only, as those watching on other devices weren't counted in official figures back then. So Spyfall Part 1's TV only rating of 6.70m demonstrates a remarkable degree of continuity. 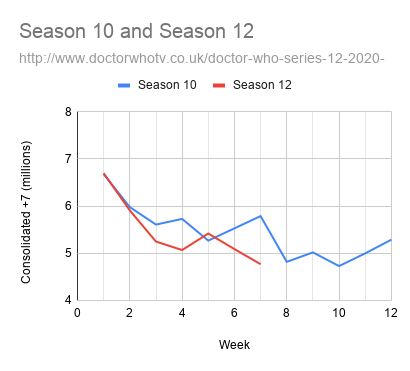 0 Replies
2
Reply Thu 20 Feb, 2020 01:59 am
@maxdancona,
When somebody counters your argument with facts you can either accept it or call them a troll. Some people even start ranting and raving about their IQ.
1 Reply
1
Reply Thu 20 Feb, 2020 04:18 pm
@maxdancona,
You may need to visit an eye doctor. The two look nothing alike. There was no way I'd have been reminded of Patrick Stewart's portrayal in Star Trek: TNG as Locutus of Borg.
1 Reply
1
Reply Fri 21 Feb, 2020 07:52 am
@Sturgis,
I thought he looked more like Kryton from Red Dwarf.

Date of first transmission of Doctor Who 26th November 1963. (Broadcast 80 seconds late because of Kennedy assassination.)

Date of first appearance of Borg 8th May 1989

The Cybermen have changed constantly, in their first appearance they were far more human looking.

By their second appearance in Moonbase they were far more robotic. 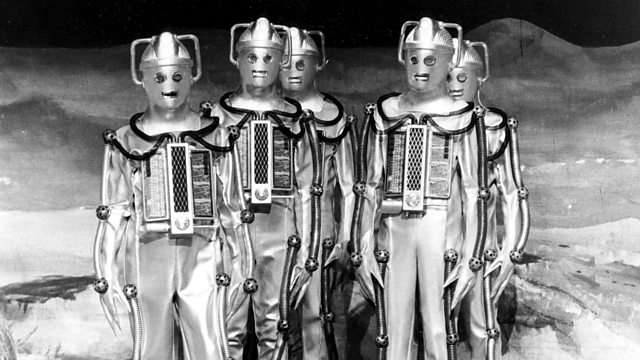 This is how they looked in the last Troughton adventure to feature Cybermen, Invasion, one of my favourite episodes.

That was the image that terrified me as a kid.

The Cybermen did not appear at all when Pertwee was Doctor, but they arrived in the first season with Tom Baker, and they looked like this. 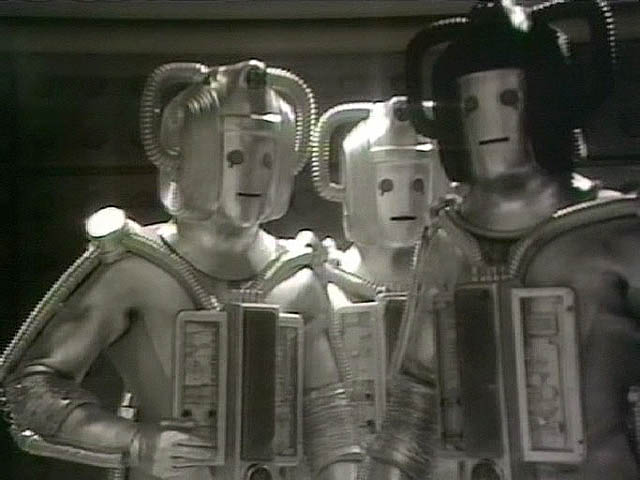 Until finally emerging in the new season with Age of Steel.

Then there's the Christmas special.

As far as I'm concerned this shows how they've evolved/been modified over time.
0 Replies