0 Replies
1
Reply Wed 28 Aug, 2019 01:44 am
If circuses are no longer politically correct, then why did Disney produce a live-action version of Dumbo?:

At the rate the animal rights people are going to close major circuses down, how many kids in this generation are going to know what a circus is?
3 Replies
2
Reply Wed 28 Aug, 2019 11:51 am
@JGoldman10,
There are plenty of circuses still going, ones that don't have animals, there's lots of them , over here at least.

Actually, from a personal perspective I see more of them. Southampton City Council banned performing animals a long time ago so we didn't get many circuses for a while. Now all performing animals are banned we get a lot, the big circuses are all wild animal free over here.
0 Replies
1
Reply Wed 28 Aug, 2019 11:55 am
@JGoldman10,
JGoldman10 wrote:

You're missing the point. It's a film that takes place in a circus.

At the rate the animal rights people are going to close major circuses down, how many kids in this generation are going to know what a circus is?

Best circuses on tour in the UK right now

As much as film audiences seem to have fallen in love with the circus all over again with the release of the musical The Greatest Showman – a semi-biographical account of P.T. Barnum's creation of the Barnum & Bailey Circus – the truth is that the modern circus is actually credited to another figure, Philip Astley, well before Barnum was born (sorry, Hugh Jackman). 2018 marks the 250th anniversary since Astley first created the circus ring, way back in 1768, and some touring companies are marking the occasion with events all over the UK this summer.

All events are at various venues unless stated.

Circus Funtasia
Touring with a brand new show, Circus Funtasia is bringing renewed thrills to Exmouth. An updated soundtrack and state of the art lighting set the mood for the death-defying motorbike globe-riders, multi-tasking aerialists, hilarious comedy numbers and much more. For the movie lovers, there is even a Harley Quinn performing a juggling act on a Segway.
Circus Funtasia, Imperial Recreation Ground (Exmouth), 11–15 Jul, £8-10.15 (5pm & 7.30pm, Sat-Sun 1pm & 4pm).

Cirque Berserk
Currently in its fifth year, Cirque Berserk is celebrating the creation of the circus by bringing it up to speed with the modern day audience. Adapting its show to theatre venues, the classics of the ring will still be present: daredevil, juggling, acrobat and stunt acts are all scheduled to dazzle audiences.
Cirque Berserk, until 3 Oct.

Moscow State Circus
There is perhaps nothing better than the largest circus Big Top in the UK to celebrate an anniversary in style. The Moscow State Circus blends with the Golden Age of Hollywood to bring audiences a dazzling and nerve-tingling show for the entire family. Award winning Clowns the Chervotkins Duo guide you through the performance.
Gostinitsa, 12 Jul--21 Aug.

Circus Zyair
Acts from all over the world pack this 1.5 hour-long show. Combining circus, music and laughter, Circus Zyair is a magical circus experience for the entire family, with jugglers, acrobats, magic, high wire, the wheel of death and a whole bunch of colourful acts.
Circus Zyair, until 9 Sep.

Zippos Circus
With a show especially designed to celebrate the anniversary of the circus, Legacy, athletic equestrians, astonishing acrobats, hilarious clowns and brave daredevils take centre stage at Zippos Circus. Having begun the tour near the original site used by Astley, there will be plenty of other throwbacks through the history of the circus.
Legacy, until 13 Aug.

Circa Tsuica
The French take over Britain with a bigger and bolder version of the brass meets acrobatics fusion act that has sold out two tours. Balkan jazz is the unlikely soundtrack, but the familiar circus setting will make you feel right at home. Every stop of the tour has been unique, featuring collaborations with local artists, and Salford with see its exhilarating finale.
Now or Never, The Lowry (Salford), 30 Aug--1 Sep, £13–16 (7pm).

Circus Vegas
One of the biggest all-human touring circuses, Circus Vegas is finishing the UK leg of its 2018 tour in Ramsgate. Transporting you straight to the Las Vegas glitz and glamour, this show is designed to bring audiences the best elements of entertainment from across the pond, blended with death-defying acts.
Circus Vegas, Government Acre (Ramsgate), 23-26 Jul, £8-12 (12am).


https://www.list.co.uk/article/101906-best-circuses-on-tour-in-the-uk-right-now/
1 Reply
1
Reply Wed 28 Aug, 2019 12:01 pm
@izzythepush,
Here in the US as well - we have all those Cirque du Soleil types and the Big Apple Circus only has domestic animals - horses and dogs.
Also Ringling Brothers which one of the most major circuses plans to do away with wild animals as well.

There are lots of non-animal performances at circuses.

I don't think circuses are in any danger of disappearing. We've also got circuses like this for adults only. 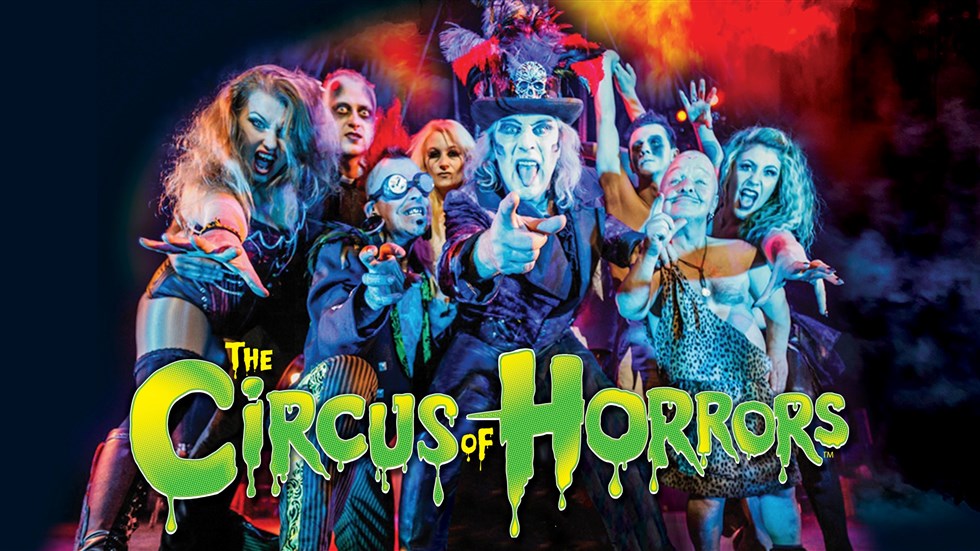 At the rate the animal rights people are going to close major circuses down, how many kids in this generation are going to know what a circus is?


Let me rephrase this.

At the rate the animal rights people are going to close major circuses down, or to take action to get the use of animals banned or restricted in circuses, how many kids in this generation are going to know what a traditional circus is?

I am aware of the fact animal-free circuses exist.
1 Reply
1
Reply Wed 28 Aug, 2019 10:30 pm
@JGoldman10,
When concentration camps in Germany where shut down, how many kids in all following generations are going to know what a traditional concentration camp is?

Don't know why anyone needs to experience it.

Are the animals there because they want to be?
Do they suffer?
Are they allowed to leave?

So you want to present a circus where the animals are well cared for?
Then it wouldn't be a traditional circus.

You really want children to continue to witness the suffering that goes on with both wild and dometicated animals who aren't in their natural environment, and forced to do things they don't do, and avoid by nature?

Circuses are generally inhumane. It makes us less than human to participate in them.

Why anyone would want to put other living beings on display, and force them to do things not in their nature, for idle pleasure, is beyond me.

Animals have as much right to live their lives in their natural enviorment, without interference from humans, as humans who were ripped from their homes, transported across an ocean in horrific conditions, and forced to labor, and give birth to children who would labor, as property of others.

No one has dominion over another living thing. That is some crazy idea thought up by ignorant people who wanted to dominant, and assuage their well deserved guilt.

You misunderstood what I meant when I said man has dominion over animals. By dominion I mean authority.

Christians exercise authority over animals. Especially those that pose an immediate or potential threat.

Having said authority doesn't mean people should be cruel and treat animals any ol' way they want to.

You're really asking that?

So you want to present a circus where the animals are well cared for?
Then it wouldn't be a traditional circus.

How is that non-traditional? What is wrong with that?
1 Reply
1
Reply Thu 29 Aug, 2019 05:44 am
@chai2,
The general public didn't know animals were being mistreated and abused in circuses until the animal rights people brought this to the public's attention.
1 Reply
2
Reply Thu 29 Aug, 2019 06:01 am
@JGoldman10,
It's impossible. You can't get wild animals like lions tigers and elephants to perform without mistreating them in some way.

The general public didn't know animals were being mistreated and abused in circuses until the animal rights people brought this to the public's attention.


Well then it's a very good thing that it was brought to everyone's attention, so it could stop.

2 Replies
1
Reply Thu 29 Aug, 2019 06:24 am
@chai2,
"No one has dominion over another living thing. That is some crazy idea thought up by ignorant people who wanted to dominant, and assuage their well deserved guilt."


This is who the bible was written by. Not some god. Not inspired by some god.
By people who wanted things a certain way, and made up a story about some supreme being wanting it that way, so they could do it. Then again, the god in this bible also is fine and dandy with owning other people, and gave specific instructions on how hard you can beat your slave, another human, and still be within this gods boundaries. The same god who also ordered newborn babies to be slain. If you are ok with all this, you believe in a diety who is a moral thug.

This concept you have of a "traditional" circus DO abuse animals for fun, and profit. You don't believe handlers would be sadistic to the creatures in their charge?

1 Reply
1
Reply Thu 29 Aug, 2019 08:53 pm
@chai2,
I would prefer there be circuses, zoos, aquariums, aviaries and other types of animal attractions where animals are NOT being mistreated and abused and are properly being cared for.
1 Reply
1
Reply Fri 30 Aug, 2019 12:55 am
@JGoldman10,
What you want regarding circuses is impossible.
0 Replies