The "When will Donald Trump leave office in disgrace?" Pool 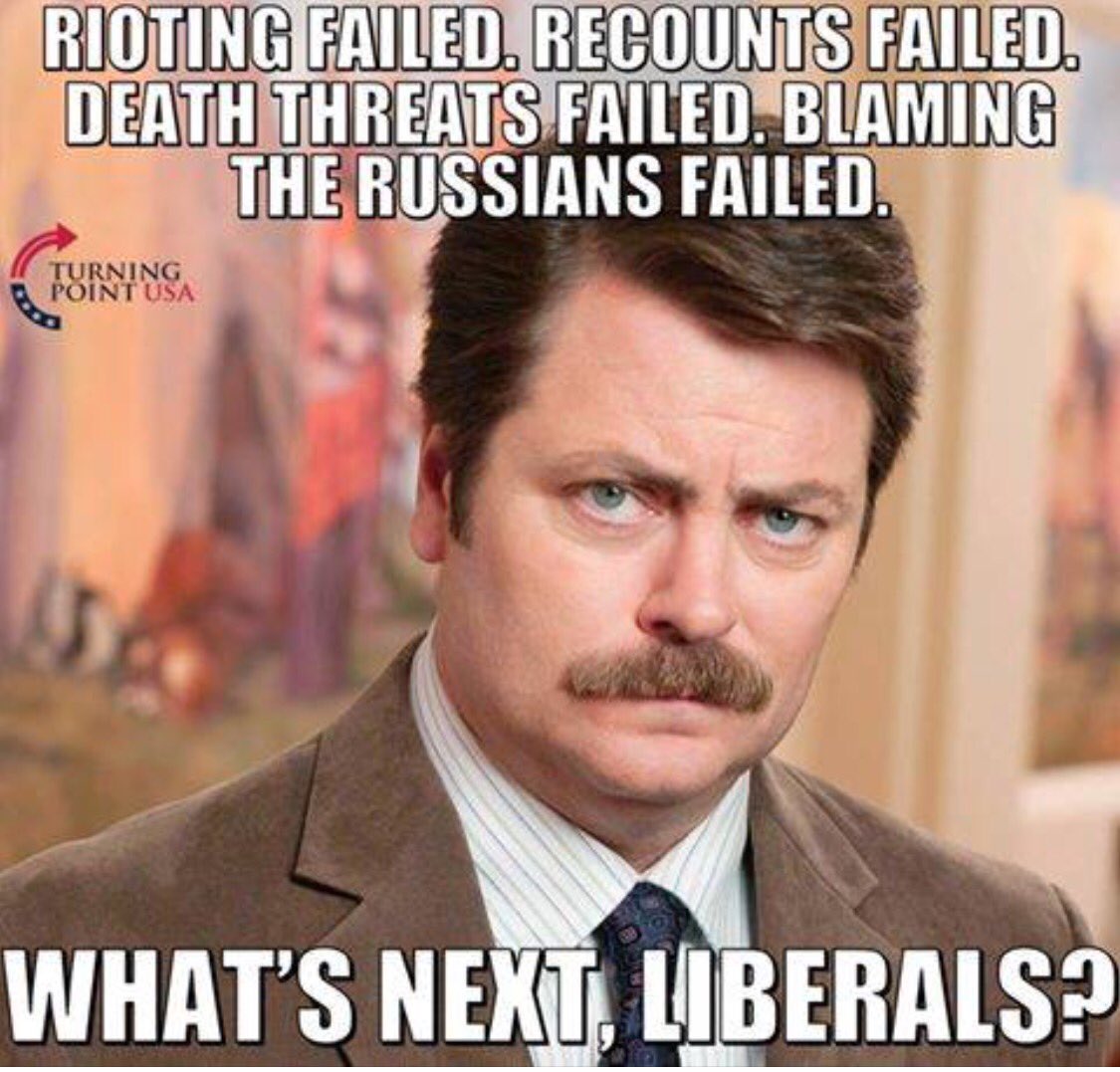 2 Replies
4
Reply Sun 15 Jan, 2017 07:57 am
@Frugal1,
pray you wont run out of bumper stickers cause you have absolutely nothing intelligent to say.

I see the Dumpsters rating for an incoming president are the lowest since theyve been keeping such records.

Hes even less popular than James Buchanan. (Whew, that takes away the stigma from Pa as the home state of the worst president)

after more than a decade, you'd think you could at least learn to resize images

I'm a little unclear about why we should want you to have to change your name. As it is, we know that the bullshit is about to start coming fast and furious the instant we see it. Why should we want to turn you into a stealth poster?

Facts don't mean a thing to people like this. They are ruled by their emotions. Mostly anger. 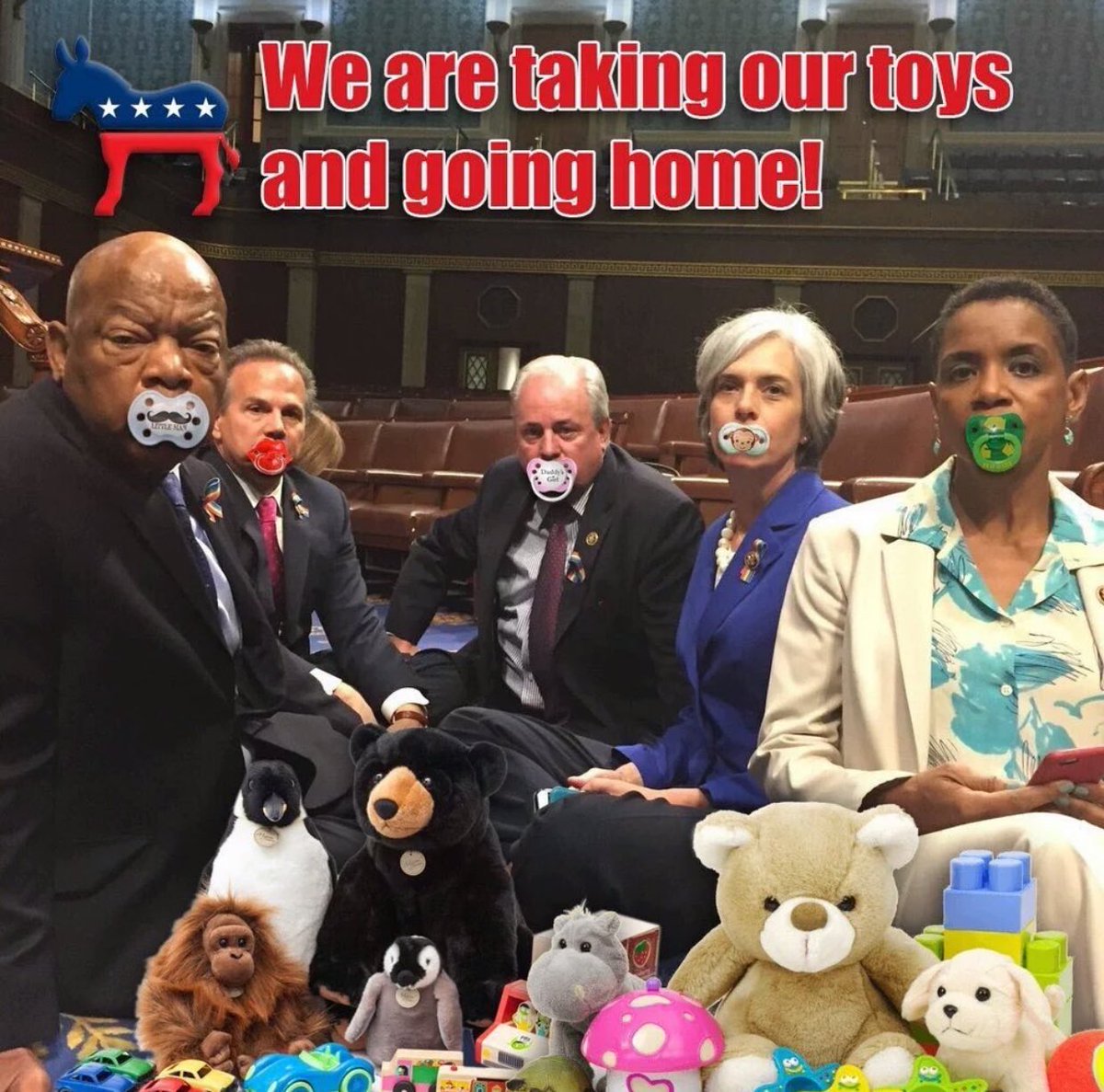 You are the king Frug!
0 Replies
4
Reply Sun 15 Jan, 2017 10:57 am
@giujohn,
the "snoflakes" are the only ones who point out that the Dumpster has no moral center and is a pathological liar. This is proven an its gonna kill us in the world.

the "snoflakes" are the only ones who point out that the Dumpster has no moral center and is a pathological liar. This is proven an its gonna kill us in the world.

I assume you are not telling us that if the worst happens and Trump finds a way to give us the finger while funneling off social security funds that because the republicans have a majority, they will abandon their responsibilities and just pretend it never happened? Nah, the republicans are as good as the democrats, they would never let us get fleeced on their watch.. Jesus, am I the only one who remembers Nixon?

Well maybe you should start digging that bomb shelter huh

Too much powdered sugar in your brain, Why must all bad things end only in war?

The only anger I see are coming from the snowflakes.

I'll take that bet if you agree that if it happens within a month of the date that I picked (Feb 8, 2018), you have to change your name to "TheGapingAssholeOfDeath."

Well maybe you should start digging that bomb shelter huh

Too much powdered sugar in your brain, Why must all bad things end only in war?

Wow, are you that addled old man? You're the one talking about the whole world getting killed.
0 Replies
0
Reply Sun 15 Jan, 2017 12:34 pm
@farmerman,
farmerman wrote:

the "snoflakes" are the only ones who point out that the Dumpster has no moral center and is a pathological liar. This is proven an its gonna kill us in the world.

Trump is certainly an impulsive speaker who tends to say what's on his mind at the moment, sometimes out of thoughtlesness, and possibly others out of an intuitive and strategic disregard for detail. Those can both be bad qualities in a leader who should ideally be more thoughtful and circumspect. There is indeed an element of deception in the latter, in the selective emphasis on elements of the issue at hand, but, in perhaps more refined forms, that is also a near universal element of leadership. JFK famously said " We do not choose to go to the moon because it's easy, but rather because it is hard." There was a point to saying that, and it did indeed stir the country in a beneficial way, but it was most certainly not the whole truth of the matter.

In contrast, Hillary Clinton was in truth much closer to the pathological liar you postulated above, in that thoughtful deception and distraction was a near constant element of almost everything she said, from rationalizing and excusing her own very obvious misdeeds, to outlining her (vague in the extreme) goals for her campaign. In the former she was attempting to evade accountability and in the latter merely pandering to her or her advissor's preconceived voter concerns, without offering any real detail on what specifically she would do.

To paraphrase Nancy Pelosi , we'll have to inaugriate Trump and watch him and his leadership team in action to find out more about what's really in him.

I believe your judgment is premature, and that there is a pronounced element of hysteria in much of the stuff we read and hear about this matter, much of it coming as it does from folks in power who failed to live up to their vague promises and who were surprised and unprepared when the public saw through their deceptions and failures..
2 Replies
6
Reply Sun 15 Jan, 2017 02:12 pm
Is Trump setting a trend? In the future will all candidates for the Presidency refuse to provide their tax returns??

1 Reply
-1
Reply Sun 15 Jan, 2017 02:16 pm
Trump is draining the swap... he is also draining your baby pool.
1 Reply
2
Reply Sun 15 Jan, 2017 02:19 pm
@ehBeth,
I learned a new urban dictionary acronym, thx.
0 Replies
5
Reply Sun 15 Jan, 2017 02:27 pm
@georgeob1,
Trump has made it crystal clear over the last 18 months what his goals are and what he intends to do. And every thing he's done and all the actions he's taken since the election has made it clear that the things he said are what he intends to do. If you don't know where he stands by now, you have so much airy-fairy naivete it's a wonder you don't waft away in the lightest breeze. He's made it clear. The American people made it clear we didn't want him, but we got stuck with him anyway, so any way to get him out and save the country is the sensible thing to do.
1 Reply