Reconciliation ring a bell?
2 Replies
2
Reply Tue 13 Dec, 2016 01:05 am
@Frugal1,
What's the point of arguing about something that is in the public record. Every act of congress and every vote by congressmen is recorded and can be viewed. Just go look it up!
Your like a stubborn old man that insists it's raining but refuses to go outside and look.
0 Replies
4
Reply Tue 13 Dec, 2016 01:14 am
@McGentrix,
I don't think Frugal has an argument. What he has is a hatred of anything related to President Obama or the Democrats. I think he has been on a steady diet of right slanted news or Facebook bullshit. He's definitely not interested in facts.
0 Replies
2
Reply Tue 13 Dec, 2016 11:22 am
@McGentrix,
The GOP contributed to many aspects of ACA. It's easy to confirm that fact.
http://addictinginfo.org/2013/11/10/obamacare-study-republican-contribution/
2 Replies
-2
Reply Tue 13 Dec, 2016 11:56 am
@cicerone imposter,
What are you, 12?
0 Replies
-1
Reply Tue 13 Dec, 2016 12:12 pm
@cicerone imposter,
I don't believe that adding amendments to cancel out ridiculous portions of the Democrat portions of the ACA really counts.
1 Reply
-2
Reply Tue 13 Dec, 2016 12:30 pm
Fake news spewed by the left continues to hide the truth about 0bama's ACA from the masses, individuals that dig into the ACA & it's life ruining negative effect on millions of Americans are rejecting fake news, and all things 0bama. 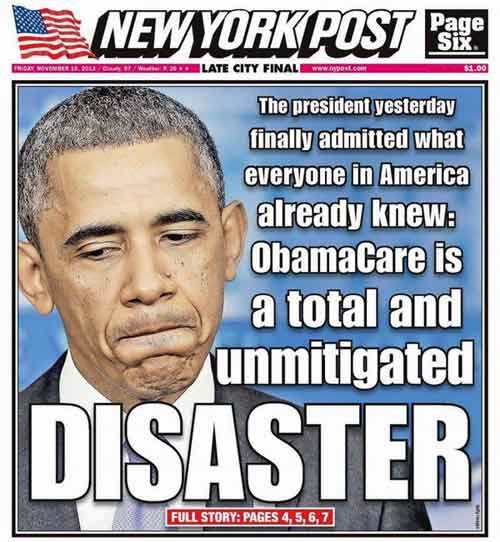 0 Replies
1
Reply Sat 17 Dec, 2016 12:19 pm
@Frugal1,
One person's opinion about premium increases is not credible. Before ACA, premium increases were in the double digits. After ACA, it dropped to single digits, and 20 million more people were able to purchase health insurance.
You need to get your story straight if you want to be believed.
https://www.hhs.gov/about/news/2016/03/03/20-million-people-have-gained-health-insurance-coverage-because-affordable-care-act-new-estimates
0 Replies

Supreme Court Upholds Obamacare Again (June 25, 2015) - Discussion by oralloy
Need a Hardship Exemption! HELP! - Question by Haxxtastic
My child is losing vision insurance - Question by runfishrun
Which Companies have dropped their insurance plans so far? - Discussion by McGentrix
RIP OBAMACARE - Discussion by edgarblythe
Need help with finding the ACA Insurance Issuers by State please - Question by Miyokorei
Obamacare--how to get a copy of your application? - Discussion by quippy
Affordable Care Act for US citizens residing abroad - Question by then150
What if income tax return we will file for 2014 will be less than poverty line? - Discussion by curiousv
How does this money get to low income people? - Question by qmavam
Copyright © 2021 MadLab, LLC :: Terms of Service :: Privacy Policy :: Page generated in 0.03 seconds on 05/11/2021 at 09:09:39
▲ ▼