. I shudder to think what you have to get it up for...Or more likley it's just Rosie Palm and her 5 sisters.
0 Replies
7
Sun 23 Apr, 2017 09:03 am
If you're participating in a "science march" it's probably because you realize the danger presented by the oftentimes anti-science reactionary Republican Party controlling 32 of 50 state legislatures, 33 of 50 governorships, 238 of 435 seats in the House, 52 of 100 seats in the Senate, the Presidency, and the Supreme Court. But you should also be smart enough to realize that anyone dumb enough to think the current situation is ok is also dumb enough to think Trump should bomb the marchers instead of actually understanding why these marches are taking place.
0 Replies
Below viewing threshold (view)
-5
Sun 23 Apr, 2017 09:21 am
In the last hundred and fifty years the Earth's mean temperature has risen 1.5 degrees and has been flat for the last 17 years that's science. Computer models are junk silence that are made to fit whatever political agenda you happen to need them to.
0 Replies
5
Sun 23 Apr, 2017 09:34 am
@Lash,
Lash wrote:

I guess you should share your superior knowledge with the media. They say you're wrong.

Again copied/pasted from the media: 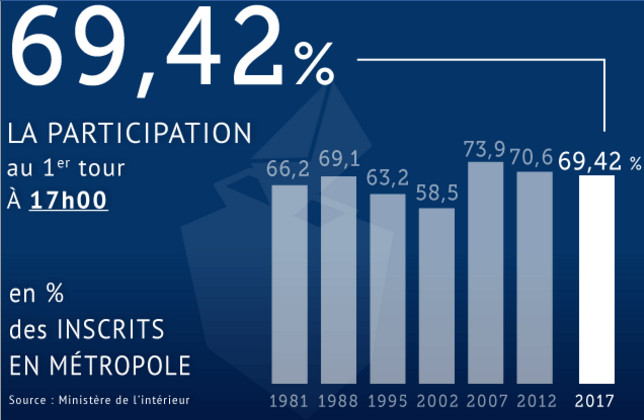 And the final results from the overseas departments: 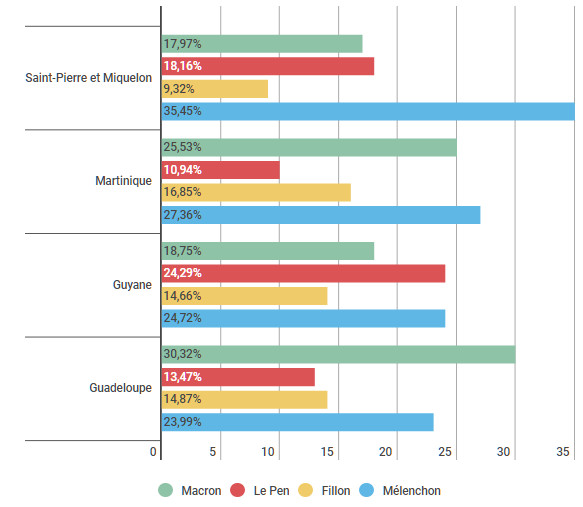 White House chief of staff Reince Priebus insisted on Sunday that President Donald Trump is fulfilling his campaign promises at “breakneck speed,” though Trump will likely reach his 100th day in office with no notable pieces of legislation to his name.

Speaking on NBC News’ “Meet the Press,” Priebus also claimed that “historical unbelievable obstruction” from Democratic senators is to blame for the hundreds of jobs throughout the federal government which Trump’s administration has not yet filled.

In fact, the White House has nominated only 24 people — 22 of whom have been confirmed — of 553 key appointments that require Senate confirmation, according to a Politico report published earlier in April.

In all seriousness, democracy cannot function in an environment where purposeful deception by an administration is the norm. And this is now the norm.
0 Replies
1
Sun 23 Apr, 2017 10:38 am
Josh Marshall at TPM has a very good explanatory piece up on Trump's threat to shut down government re spending. Highly recommended.

To Scare Dems, Trump Threatens to Light Himself On Fire

Looks like it's gunna be Le Pen in a major landslide, eh?


French presidential elections are conducted via run-off voting which ensures that the elected President always obtains a majority: if no candidate receives a majority of votes in the first round of voting, the two highest-scoring candidates arrive at a run-off.
So you really have seen exit polls saying that Le Pen got a majority?

Btw: those exit polls are all unofficial and done privately only at a few poll stations. The first official projection will be published after 20:00 h local time (18:00 h GMT).
1 Reply
3
Sun 23 Apr, 2017 10:59 am
Remember when the right wing crowd was absolutely and loudly and repeatedly opposed to Obama's executive orders? Even though he had a Republican congress who was set on obstructing him on anything, for Obama to write/sign such orders made him akin to Caesar.

And now, with Trump in the WH and both houses controlled by his party, what is that right wing crowd saying about Trump's executive orders?

Actually, they are bragging about them as evidence at how much legislating Trump has gotten done in 100 days.

2 Replies
Below viewing threshold (view)
-5
Sun 23 Apr, 2017 11:12 am
@blatham,
These executive orders are high theater for hypocrisy in American politics. Those who use them claim there was no other way, while the opposition argue they were circumvented in a travesty of democracy. When the tables turn, the roles reverse. Those who can now use executive orders forget their moral objections or cite a “they started it” precedent, while the other side cries foul conveniently forgetting their own culpability.

0 Replies
3
Sun 23 Apr, 2017 11:25 am
Paragraph one from David Remnick. Has anyone more clearly and succinctly described the situation than this?

A HUNDRED DAYS OF TRUMP

On April 29th, Donald Trump will have occupied the Oval Office for a hundred days. For most people, the luxury of living in a relatively stable democracy is the luxury of not following politics with a nerve-racked constancy. Trump does not afford this. His Presidency has become the demoralizing daily obsession of anyone concerned with global security, the vitality of the natural world, the national health, constitutionalism, civil rights, criminal justice, a free press, science, public education, and the distinction between fact and its opposite. The hundred-day marker is never an entirely reliable indicator of a four-year term, but it’s worth remembering that Franklin Roosevelt and Barack Obama were among those who came to office at a moment of national crisis and had the discipline, the preparation, and the rigor to set an entirely new course. Impulsive, egocentric, and mendacious, Trump has, in the same span, set fire to the integrity of his office.

Read the entire piece here
1 Reply
2
Sun 23 Apr, 2017 12:44 pm
@Walter Hinteler,
Don't be so mean, with all her media connections Lash knows far more about Europe than we do. It was thanks to Lash I discovered that Jeremy Corbyn has been our prime minister for the last two years.
0 Replies
8
Sun 23 Apr, 2017 12:53 pm
We have a 20 trillion dollar debt.(debt is money in the negative) How can it be reasonable to think corporate tax can be lowered to 15% and personal taxes lowered to who knows what, then the debt will be become lower. The deficit has been reduced by 2/3rds under Obama but deficit is the number it takes to run the government programs and it is still running in the minus column.

What is the magic that's supposed to happen here? Collect less incoming monies and still pay off the debt. How's that work in your lives? Let's lessen your salary. Do your financial commitments decrease i.e. mortgage, loans? This trickle down crap needs to stop. It never has. I'm all for fiscal responsibility but there is also the cost of doing business. This administration is the biggest joke in history!

In Hénin-Beaumont, Le Pen's heartland, crowds of supporters chanted "Marine president" and waved tricolor flags. Seconds before the results were announced, they were singing the national anthem, La Marseillaise.

The words most used to describe the election were “historic” and “unprecedented.” The unheard of field of 11 candidates included a former sheep farmer, two Trotskyists and man who wants to colonize Mars.

The representative of the ruling Socialist Party, Benoît Hamon, suffered a humiliating defeat, finishing in fifth place with just 6.1% of the vote. There was a virtual tie for third place, with François Fillon of the opposition conservative Les Républicains and the far leftist Jean-Luc Melenchon hovering at 19.5%.

Le Pen voted in her northern heartland, the former coal mining town of Hénin-Beaumont, which is governed by mayor who is a member of her National Front (FN) party and where she has a second home.

While she was inside the polling station, a dozen members of the feminist activist group FEMEN, known for their topless protests, turned up wearing Donald Trump and Le Pen masks and with Team Marine written across their chests.

After the result that was announced at 8 p.m. local time (11 a.m. PDT) after the closing of the last polling stations, Le Pen was due to address journalists in Hénin-Beaumont.

"What the polls don't show is the 'shy vote'; these are people who still won't say they will vote for the FN. It doesn't mean they won't vote, it means they won't say. We are slowly moving towards a stage where people are no longer ashamed to say they voted FN, they are proud."

http://www.latimes.com/world/europe/la-fg-france-elections-20170423-story.html
1 Reply
Below viewing threshold (view)
-8
Sun 23 Apr, 2017 01:32 pm
French officials have predicted a civil war in France. The crazed commie fanatics, who comprise about 75% of the cheese-eating Frogs, will form mobs and attack any normal person they see.

Good luck with that, cheese-eaters. When it's all over, y'all will have been curb-stomped like the punk-ass bitches you are.
0 Replies