This cartoonist is really good. He says a lot in a few images. It's too bad the whole thing won't fit on the screen here at A2K.

One of my favorite parts is the liberals running from, and apologizing to, the "crybullies," who have taken gigantic form relative to them. The cheese-eaters, them.
0 Replies
-2
Sat 4 Feb, 2017 04:47 pm
A2K should be capable of auto resizing...

It's too bad the whole thing won't fit on the screen here at A2K.

A2K should be capable of auto resizing...

Just add "width=XXX" to your code.

WEVE MADE A DEAL WITH THE DEVIL--Many of those who voted for Trump are now second thinking.

Fear was definitely in the air, as this article from 2009 indicates:

Lawmakers, mindful of polls showing wide public opposition to bringing detainees to the United States, have expressed concerns about the safety of their constituents, and some have said that any location housing detainees, even the most secure prisons, would become a potential target for a terrorist attack.

NY
Columnist Glenn Greenwald described it as well:
Terrorists in Prison: Is There Anything the Right Doesn't Fear?

The Republicans hyped up the rubes with propaganda nonsense so that the rubes would pressure the Democrats into giving in, but I really doubt any Republican officials believed their own propaganda.

But I don't blame you from trying to deny it now — it was a pretty revolting spectacle by lawmakers on both sides of the aisle.

If you are so sure that torture was not going on at Guantanamo, please tell us why Bush purposely built the prison outside the fifty states where constitutional guarantees against torture would not apply, (or so Bush thought)?

I'm not aware of a constitutional guarantee against torture.

At the time Guantanamo was created it seemed like neither the Bush Administration nor the Left understood international law. The Left were spouting nonsense about how we couldn't detain an unlawful combatant unless we first convicted them of a crime in civilian court. Much of the effort to keep them out of legal clutches was a reaction to these bogus pronunciations from the Left.

The actual torture was carried out by the CIA in abandoned Warsaw Pact airbases within the EU.

At any rate, under Obama three quarters of the prisoners were released. So if he was unsuccessful in closing it, he hugely reduced the number of prisoners subjected to it.

Haven't heard any high bit rate digital, but it is bound to be an improvement.

I don't think that Trump supporters regret anything.

You got that right.

We finally have a president who will protect the Second Amendment.

A racial bigot, liar and scammer.
they saw a fellow white supremacist.
His bigotry is quite clear.

Just add "width=XXX" to your code.

Thank you.
0 Replies
4
Sat 4 Feb, 2017 07:22 pm
@oralloy,
I am going to try your suggestion and see if it works. I've been wondering for some time how to make certain images smaller if it does not have the word width in the properties. 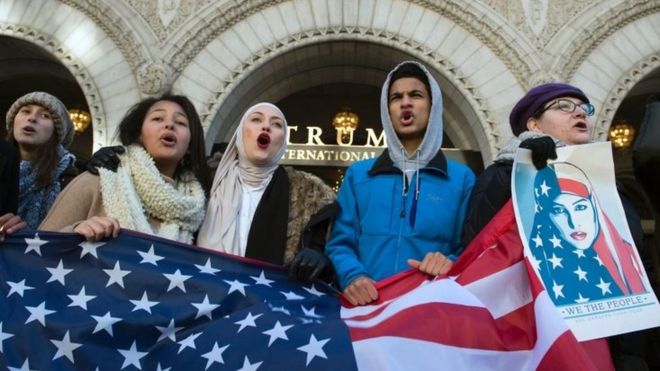 1 Reply
-2
Sat 4 Feb, 2017 07:30 pm
@MontereyJack,
President Trump can prevent this encounter from ever happening, but he needs your support.

Bannon is a nightmare and daymare in person and in power.

He certainly is. Pro-Putin to the max and converses in language favored by totalitarians.

And in all his pictures, he looks like he's on drugs of some sort.