There is a time portal in Cooper's diner fixed to go back to 1960. Franco enters the portal to stop Kennedy's assassination, which will occur 3 years later. I finished the second episode in which Franco murders somebody, a violent, sociopathic person.

I wasn't counting on that much violence because I don't like violent programs or movies anymore. Something happened to me. I must be an anomaly disliking violence.

I used to love professional football. I recently had a shoulder injury that permanently rearranged my shoulder and makes it less entertaining to watch grown men crash into other men with their shoulders. I was in the hospital recently and had a C scan, and the doctor commented on my shoulder. I don't know if he was amused or amazed, but he said that the shoulder is rearranged, but it's in line so it shouldn't be a problem.

Venom: Let There Be Carnage, 3D

There is a time portal in Cooper's diner fixed to go back to 1960. Franco enters the portal to stop Kennedy's assassination, which will occur 3 years later. I finished the second episode in which Franco murders somebody, a violent, sociopathic person.

I wasn't counting on that much violence because I don't like violent programs or movies anymore. Something happened to me. I must be an anomaly disliking violence.


I used to love professional football. I recently had a shoulder injury that permanently rearranged my shoulder and makes it less entertaining to watch grown men crash into other men with their shoulders. I was in the hospital recently and had a C scan, and the doctor commented on my shoulder. I don't know if he was amused or amazed, but he said that the shoulder is rearranged, but it's in line so it shouldn't be a problem.

Getting back to the series, I'll continue watching it if it doesn't continue with its violence to a great extent.


I don't mind violence in a movie. It's sadism that kills it for me.
1 Reply
1
Reply Tue 19 Oct, 2021 07:44 pm
@edgarblythe,
I think there's been a trend toward more and more polarized characters, and the bad guys become so evil and malicious and sadistic that it becomes an east way to manipulate the feelings of the viewer.

Snidely twirls his mustache and ties the girl to a railroad track. Here comes the train. Now, a commercial break.
1 Reply
1
Reply Tue 19 Oct, 2021 08:11 pm
@coluber2001,
I can't tell the difference between the good guys and the bad guys in lots of movies.
1 Reply
1
Reply Tue 19 Oct, 2021 08:37 pm
@edgarblythe,
Violence seems to have become more and more acceptable. The good guys have become more violent than the bad guy. The one with the biggest gun wins.

Violence is acceptable if you're right. It may have been the unintended result of victory during World War II.

Kurt Vonnegut said in one of his novels: "It was not just the Germans but also the Japanese who turned us into bankrupt, militaristic fuckups."

Now we've come down to having an orange-faced presidential candidate during a campaign rally advocating beating up a protester.

1 Reply
1
Reply Tue 19 Oct, 2021 09:15 pm
@coluber2001,
I think the proliferation of violence in so many different forms in our society is very interesting.
I think the spectacle of a president or presidential candidate encouraging supporters to knock the hell out of protesters or media is abhorrent.

I really enjoy the “Gun-fu” of John Wick and some others.
Violence by cops against people who are helpless or at least no threat is an abomination.
I find the controlled, bone-snapping violence of MMA fighting enjoyable.

I don’t think there’s any real argument against the assertion that violence has gotten bigger in our culture. We have bigger, better faster guns and missiles and warships and aircraft.
Human beings continue to expand the ways they can hurt each just like they find ways to live longer and push athletic boundaries further.

I find the controlled, bone-snapping violence of MMA fighting enjoyable.

Because it's in a cage? Elaborate on your enjoyment for the readers.
Why is this "bone snapping violence" any different to other forms of violence?
1 Reply
1
Reply Tue 19 Oct, 2021 11:21 pm
@Builder,
Builder wrote:

I find the controlled, bone-snapping violence of MMA fighting enjoyable.

Because it's in a cage? Elaborate on your enjoyment for the readers.
Why is this "bone snapping violence" any different to other forms of violence?


To be totally honest, I can’t say I fully understand the whys and wherefores of my enjoyment. I think it’s combination of the fact that it’s contained ( yes, in a cage), and the discipline it takes to subdue ones fears and bodily limitations and put one’s skill against another’s. I’ve studied just the littlest bit of martial arts - just enough to be able to appreciate how difficult it is to be good at it.

I speak as a preexisting Dune fan though. It is possible that this colors my view.

It is certainly an amazing portrayal of Dune at the very least.

The James Franco character, our time traveler, decides to remain in the past, he likes it that much. He was a teacher and now he's got a job as a teacher in a small fictional town in between Dallas and Fort Worth where the principal's main concern seems to be keeping Catcher in the Rye out of the school library.

The librarian, (Sarah Gadon) who is probably the main reason our protagonist wants to remain in the past, is unbelievable. Although she's not a true blond, neither was Marilyn Monroe, and she's got Marilyn Monroe beat by more than a nose.


I haven't gotten to the climax of the story because I've only seen 3 episodes out of 8. Our protagonist visited Jack Ruby's establishment, and Ruby vigorously proclaimed his love for Jack Kennedy to a total stranger, seemingly setting up an alibi for why he had to kill Lee Harvey Oswald. I don't know if this story will touch on taboo aspects of the assassination, questions which were never addressed, as far as I know. Such as did Jack Ruby have a role in the killing of Kennedy? Were the Dallas Police not only negligent but complicit in the murder of Lee Harvey Oswald.

This series is only 8 episodes long so there is a limit to the depth of questions.
I've only watched 3 episodes so far. 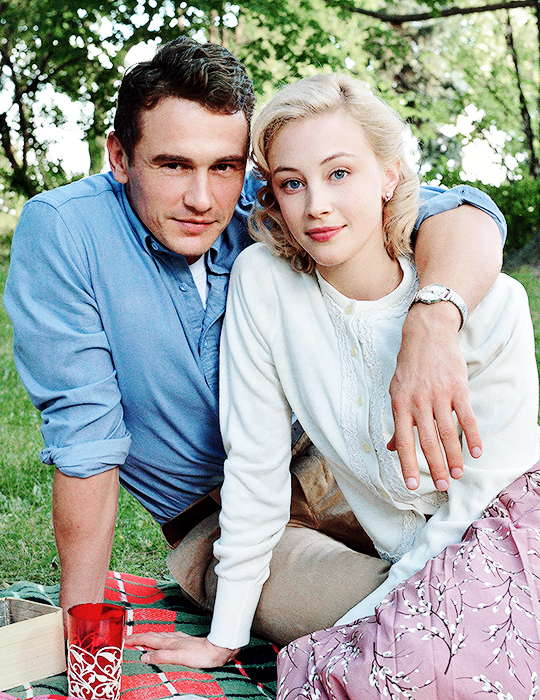 This is a good movie for guys who have really screwed up relationships in the past
Olivia Hutton (Sarah Gadon) is unbelievable, a dream, or as the protagonist's mother says, a goddess, who falls into his lap. But he manages to royally screw up the relationship and screws up his whole life too. This is an utter tragedy, a play about morality versus love where morality wins out. 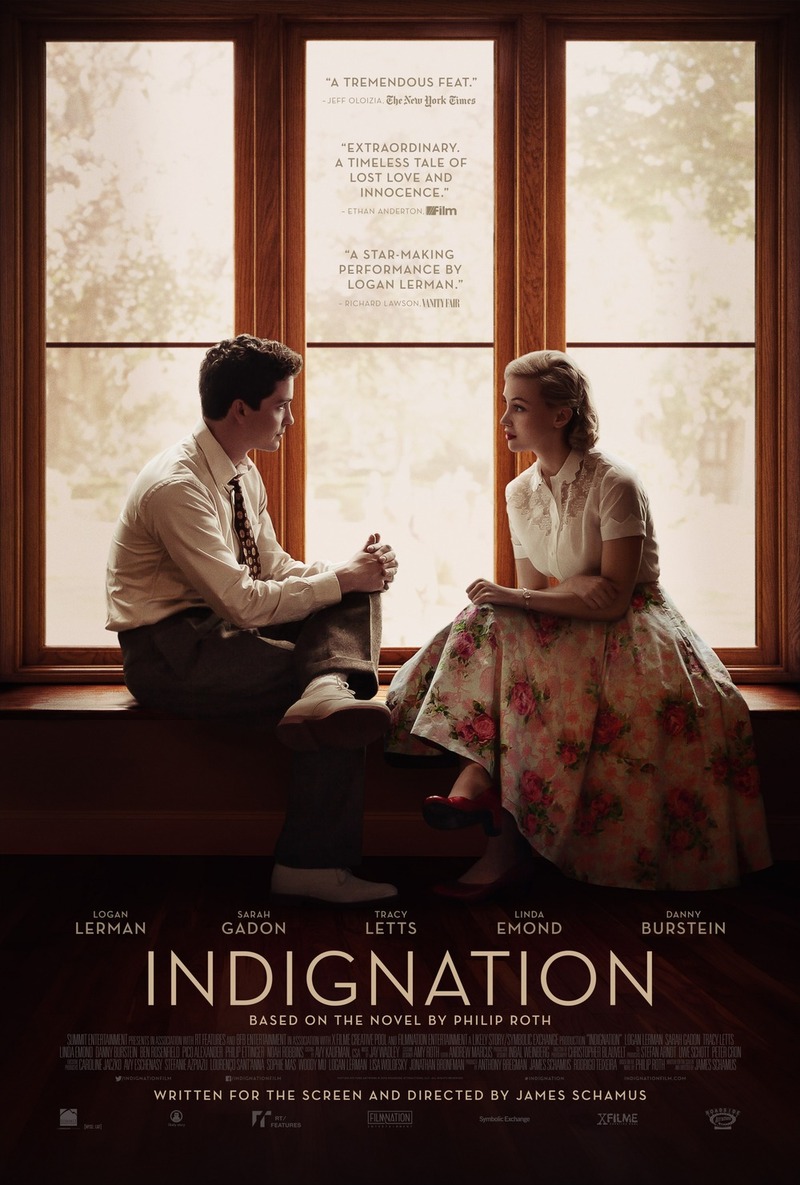 I expected the serious to posit some hypotheses based on reality or fiction about the assassination. But no, none of that. What the author came up with was nothing.

So what did the author come up with? Oswald was acting on his own. He really wasn't a bad guy, but he wanted to make a name for himself. He wasn't involved in any conspiracy with the CIA or anyone else apparently. Jack Ruby killed Oswald because he loved Jack Kennedy so much and did it for revenge. I waited 7 hours for that.

He did stop Kennedy's murder. Oswald got off one shot but the Franco character prevented a second fatal shot, and Kennedy survived. Incidentally, George Wallace becomes president after the Kennedy administration.

Also Franco's beautiful girlfriend played by the stunning Sarah Gadon is killed accidentally by Oswald. That was in the last episode which I didn't watch because I was fed up with the whole thing.

There were several incidents of very realistic awful murders committed by the protagonist Franco in order to keep the story going. I tolerated that because I thought there was going to be a payoff at the end. There wasn't. Time wasted.

Sarah Gadon was worthwhile suffering through the whole series though. She's a stunning Canadian actress, and I streamed another movie, Indignation, just to watch her. Another damn tragedy, but a great movie.
1 Reply
1
Reply Fri 5 Nov, 2021 04:57 am
@coluber2001,
Just watched "The Harder They Fall". I have no idea whether I iked it or not.
1It was loaded with gratuitous violence
It was a "Cinematic Salad" of Background sound and music scores.
The plot had some dumass hols
The giggst offense to my senses though, were the necessary speial effects which ere oftn just cut and pasted to the background (Theres an especiall bad old Baldwin passenger train that appwars to belong to an ntirely different dimension.
But it certainly was action packed.

Idris Elba was the heavy ad he "one good" although theres a spin that I shall not share because it give the whole plot away.
atch it and complain about getting your two hour back.
1 Reply
1
Reply Fri 5 Nov, 2021 04:59 am
@coluber2001,
If you never have, check out Logan Lerman in the war movie ‘Fury’. He is excellent.
0 Replies
1
Reply Fri 5 Nov, 2021 05:04 am
Speaking of all kinds of peaking violence, y-all know that theres a DEXTER Sequel and a SOPRANOS "Prequel" dont ya?

we have one prime channel (AMAZON) so we will now have to add HBO and one other in order to get both of these.
(We will, no doubt , just order up the two networks and keep it just long enough to catch the series.
1 Reply
1
Reply Fri 5 Nov, 2021 05:20 am
@farmerman,
I was about ten minutes into The Harder They Fall when I paused it and started writing a review explaining why I hated it. It dawned on me that ten minutes might not really be a fair viewing, so I stopped writing and watched the rest of it. I came away at the end not hating it anymore, but much as you said about your reaction, I’m not sure whether I can say I liked it or not.

I hate it that movie producers who decide to make a movie that’s centered on black people seem to always think that rap or hip hop music is an enhancement. It can be, but sometimes it just isn’t. In this movie, in the Epix Series Godfather of Harlem, in the Chris Rock episodes of Fargo, and in many other productions made in the last 5 years, hip hop music seems to be a forced addition that takes away from, and does not add to, the atmosphere.

That was one thing - the distracting sound track. Another was the overacting on some parts. But there were some characters - the ones played by Regina King and Idris Elba were two - and scenes that I enjoyed watching. And I have to count the novelty of a black western as a plus.

Maybe after some ruminating I’ll know whether I liked it or not.

Tim Blake Nelson is excellent as old Henry. It's a lot better than that last so called western he was in The Ballad of Buster Scruggs.

It's gritty and real.
A brief synopsis, A quiet man and his son take in a wounded stranger near his homestead, along with a bag full of cash. The stranger claims he's a sheriff being pursued by outlaws, but the man can't be sure.

I wont show you the trailer as it gives away too much. Suffice to say it's a good movie. 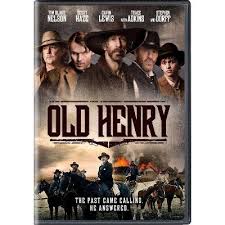