I’ve enjoyed Elizabeth at 90: A Family Tribute on Netflix. I believe royalty is ridiculous, and maybe if the Windsor family was supposed to be *my* royal family, I’d feel differently, but they’re people across the pond, and I’m embarrassingly fond of Elizabeth and Diana’s sons.

The mix of old footage and commentary of my favorite royals across the decades was special to me.

I don’t think we’ll see Elizabeth’s like again.
0 Replies
1
Reply Sat 13 Jan, 2018 06:29 pm
I watched on Netflix Berlin Kaplani. An interesting tale of a young boxer and the comedy which ensues as he flees Berlin and heads to his homeland of Turkey (you'll have o watch to learn why he does this). Once back in Turkey, more hilarious fun as his brother in-law attempts to hoodwink him and deprive Kaplan of what is rightfully his.

Along the way, Ayhan Kaplan falls for a young lady and she for him. So, its a comedy and a love story at the same time. Quite enjoyable.

Hot Docs got it as a special volunteer appreciation event which was pretty great all round.

Jennifer Lebeau directed the film, which features previously unseen footage of the band rehearsing. "We're assuming it was filmed for a possible television special," a source close to the project told Rolling Stone. "It's so long ago that nobody can remember." It also includes intermittent sermons written by Luc Sante and delivered by Michael Shannon. "We wanted to do something that could be timeless and make it more of a piece rather than a strict concert or formal documentary," the source added. "And you can't ask for a better actor than Michael Shannon."


The movie will also appear on a bonus DVD included in the deluxe version of Dylan box set Trouble No More – The Bootleg Series Vol. 13 / 1979-1981, out November 3rd. The nine-disc package also features 100 previously unreleased live and studio recordings, including 14 unreleased songs, a 120-page photo book and detailed liner notes.

SciFi or merging reality? Both (initial episodes) are brilliant.

The neatest thing was that the ending scene took place at the same site as that of Hitchcock's "39 Steps". Mrs F caught that and then we hadda drag up 39 Steps from the netflix cd mailbag (CD's by mail have a bigger library than streaming). Sometimes she scares me.
0 Replies
2
Reply Sat 3 Feb, 2018 04:12 am
I've started watching Britannia, a drama about the Roman invasion of Britain under Claudius. It stars David Morrissey, (the Governor in Walking Dead,) as the Roman general leading the invasion.

I doubt it's that historically accurate, a lot of time is spent on the Druids and their magic, but it's a lot of fun and I'm enjoying it. Two characters stand out, a magician outcast from the rest of the Druids and a young girl whose ceremony to become a woman was interrupted by a Roman attack.

1 Reply
2
Reply Sat 3 Feb, 2018 01:52 pm
@izzythepush,
As I understand it's a 9 part television series on Amazon? I don't have access to it, but maybe in a year or two they'll come out with the DVDs. Let us know what the future programs are like whether they're worth while paying money for. The idea sounds good.
1 Reply
2
Reply Sat 3 Feb, 2018 02:06 pm
Guillermo Del Toro's The Shape of Water. Brilliant film. A masterpiece.

1 Reply
2
Reply Sat 3 Feb, 2018 02:43 pm
Nacho Libre. Starring Jack Black based on a true story of a Mexican Catholic priest who became a Luchador ( Mexican professional wrestler) to earn money to build an orphanage. It's very Loosely based, but I found it funny, hilarious in parts. Nacho joins up with a skinny tag team partner, who is even funnier than he is. The comedy is uneven and could have been funnier, but I liked it. 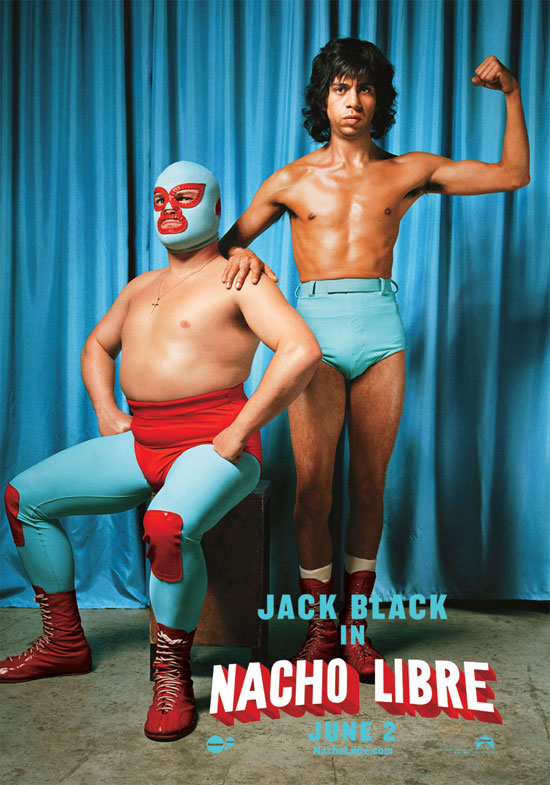 Sometimes you just wanna slap Jack Black for forcing you to laugh at such ridiculous ape-ing.

This is of a similar vein and really good. I've seen both seasons, still don't know if there'll be a third.

If you’re a foodie or a Bourdain aficionado, watch.
0 Replies
1
Reply Sun 4 Feb, 2018 04:12 am
@Lash,
The Last Kingdom has been compared to Game of Thrones. The writer, Bernard Cornwell, is in two minds about it. Game of Thrones is pure fantasy, but The Last Kingdom could have happened, even though it didn't.

Personally I would like to see Uhtred of Bebbanburg among the ranks of fighters assembled against the army of the dead. I don't want him to have a speaking role, just for the camera to linger on him long enough for the fans of both series to get the reference. 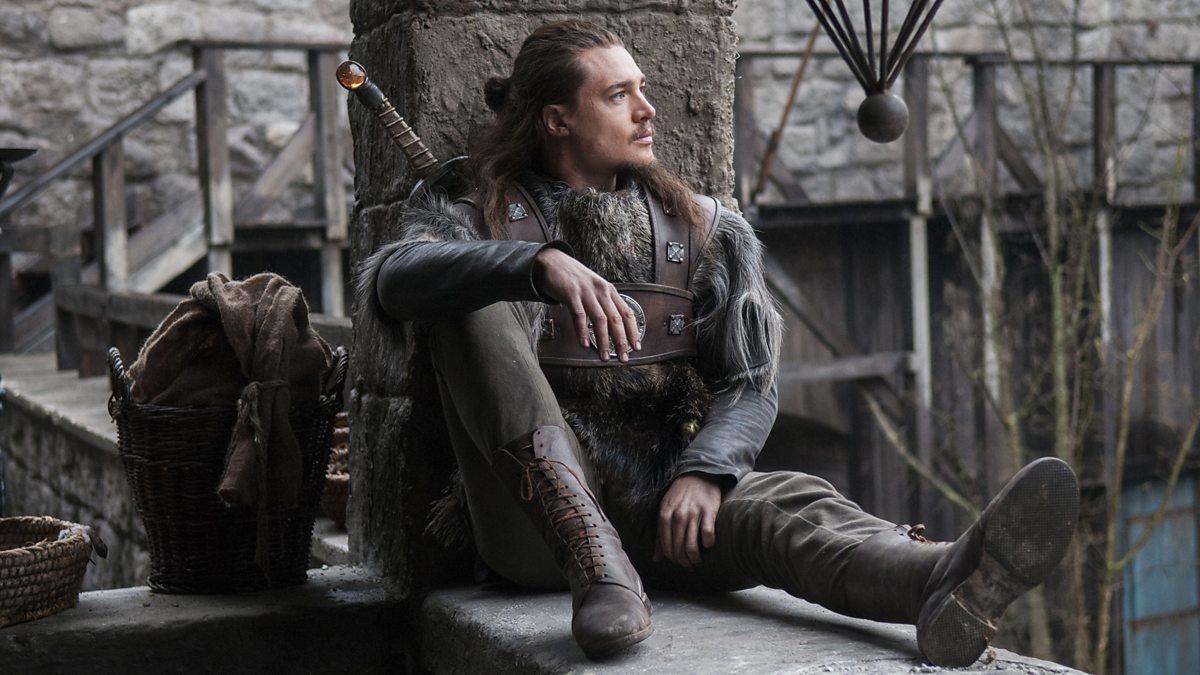 Let's face it, he wouldn't look at all out of place.

1 Reply
1
Reply Sun 4 Feb, 2018 05:08 am
@izzythepush,
Just found out there will be a third season, they're currently filming, should be finished in the Summer and ready Autumn/Winter.

In the same way that Lash pointed out Walking Dead is filmed near her, a lot of the action in series 1 happens near me. Winchester, which is just down the road, features heavily, even Southampton (Hamtun) gets a mention and a lot is set in nearby Somerset. 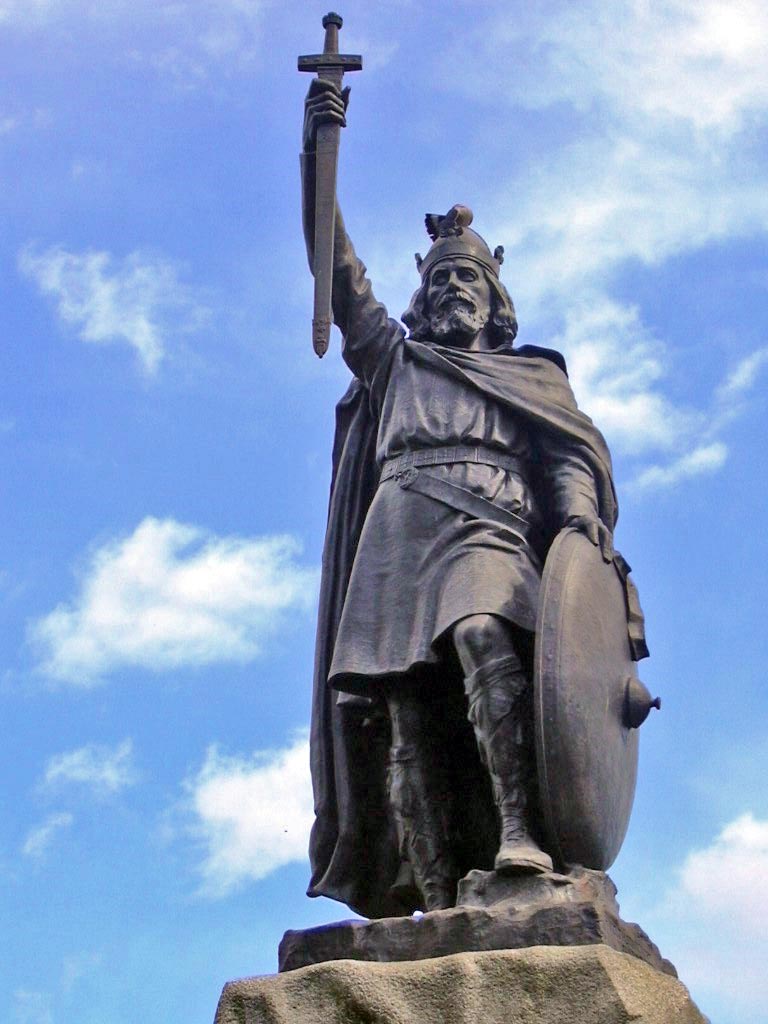 I loved it. Far from perfect but it was pretty dang darn thrilling.

1 Reply
1
Reply Wed 7 Feb, 2018 05:15 am
@tsarstepan,
streamed Vincent and Theo. It was a silly presumptuous piece of drek.They couldnt provide a HD version so the design elements of the drawings and paintings that were inserted here and there , were just awful museum shots or shots during auctions.
0 Replies