Genuinely confused about feminism and boobs

I have many questions but will try to remain terse. Firstly is 'free the nipple' a mainstream feminist idea with support or has this been blown out of context? What confuses me is that on one hand the message is that the female chest should not be considered any more sexual than a man's, but then there are campaigns run by feminists to force topless models in newspapers to cover up. I can see that context is a big issue here but before that is pointed out it is important to acknowledge that the only difference made to these images have been bikinis.

I am so confused by feminism and what is considered to be sexist, I am a big supporter of equality but I don't understand why a female model is a big deal but hunky topless men doing the same thing is considered more of a joke than objectification.

Here is a quick story of my confusion in the real world, I went into a restaurant once and held the door open for someone behind me who turned out to be a lady who angrily shouted at me as "just because I am a woman doesn't mean I can't work out how to use a door" (for the record I didn't even notice who was behind me). On my way out of the restaurant I didn't notice anyone behind me and let the door close, then a different lady shouted at me across the car park "a gentleman would hold the door for a lady". I promise you I am not making this up and I thought it was a great example of how it is difficult to know how to act.

Finally my current girlfriend says she is more 'traditional' and this bothers me as I am for 100% equality. As feminists, are any traditional values OK? (Again for the record I believe in equal chances and rights but I do not believe this means the end results should be forced into equality, e.g. more men working in certain fields and vice versa).

1. Can I ask what your stance is on this? I suppose my real question is what the majority opinion is on this in the feminist world. I can see both points of view as it certainly isn't sexual to sunbathe topless or feed a child, yet we all have primitive parts of our brains which we cannot control and I wouldn't blame people for finding topless women distracting (to put it cleanly).
2. Yes indeed but I have never even heard of them being called sex objects, yet it is common with women for some reason.
3. Agreed, I hold the door for anyone
4. As I have already been reprimanded for writing too much I won't list it all. Just imagine how the lead in a 1950's film would treat a well-to-do lady. It's not a big deal but I was just curious if there was a 'right and wrong' type of list!
0 Replies
1
Reply Fri 15 Jan, 2016 09:08 am
@RandomUnnamedUser,
Quote:

I am so confused by feminism and what is considered to be sexist, I am a big supporter of equality but I don't understand why a female model is a big deal but hunky topless men doing the same thing is considered more of a joke than objectification.


Why does this matter at all?

I believe in equality. I accept some of what people who call themselves feminists say. I reject or sometime oppose other things that feminists say. The term feminism means many things, but often the word is used in an ideological sense... as if anything attached to the word "feminist" is somehow right and true. In truth, I don't think what feminism means matters. I have no problem looking at an issue and making up my own mind without worrying if other people think it is "feminist" or not.

Why not just live your life according to your own beliefs, and have relationships based on your own desires, needs and values? I don't see how whether anything has an ideological stamp of approval matters at all in real life.

2 Replies
4
Reply Fri 15 Jan, 2016 09:32 am
Bookmarking, just in case there are some pictures on the way.
1 Reply
1
Reply Fri 15 Jan, 2016 10:58 am
@maxdancona,
For a Q&A forum people really don't seem to like questions here! If it doesn't matter to you then that's fine but it makes me wonder why you read my post at all, I was just thinking about it and thought it would be best to ask people who call themselves feminists rather than relying on the extreme examples used on YouTube and articles.

Your final statement about living your own life is fine, but goes directly against everything the feminist movement is about as after all if no change was desired why does feminism even exist?
3 Replies
1
Reply Fri 15 Jan, 2016 11:41 am
@Setanta,
Upvote for using 'prolix'.

For a Q&A forum people really don't seem to like questions here!

They love them: look at all the answers you have had so far!

Bookmarking, just in case there are some pictures on the way. 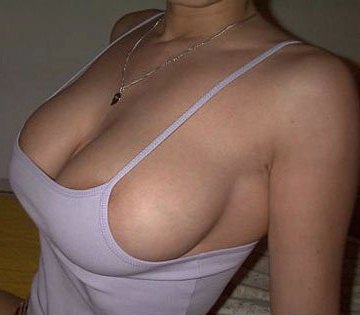 ...but it makes me wonder why you read my post at all,


I read it because when a woman's breast is called a boob in any sort of print media and I nearly convulse with anger ., I think of all the women in the World who have died of breast cancer and those who struggle on a daily basis with this disease.

Cancer of the breast is no laughing matter for any woman and when a woman has lost her breast to cancer or is undergoing chemotherapy to retard this deadly disease neither she, her husband nor her children want to read total nonsense and in some cases, total juvenile vulgarity from insensitive males ( or even females) .

Isn't it time to grow up?

3 Replies
1
Reply Sat 16 Jan, 2016 02:34 pm
@Miller,
I've had two breast cancer surgeries (not mastectomies) and my glorious boobs don't match. Even I find that my own case is somewhat amusing.

I get what Miller is saying and support it, but we all aren't the same about these matters. One needs care re who you are talking with about all this.

I had a friend some years ago who had a total mastectomy and didn't tell anyone but her husband. That struck me as the heart of courage.
1 Reply
0
Reply Sat 16 Jan, 2016 02:40 pm
@Miller,
That doesn't make any sense Miller. If someone used the phrase "boob cancer", then I might understand your anger. But in cases where no one is talking about cancer, the word "boob" is just a word.

More women die of heart attacks then breast cancer and more women die of lung cancer... are you upset when someone refers to their "ticker" or their "windbags"? If you censor all of the words that are associated with a disease, you aren't going to have many words left.

They are just words.

Being a feminist means you get to make your own decisions regarding how you live your life.

No it doesn't. There are plenty of women who aren't feminists who make their own decisions on how they life their lives.
1 Reply
3
Reply Sat 16 Jan, 2016 03:16 pm
@maxdancona,
You don't identify yourself as a feminist, perhaps you are not in the best position to explain lady rules to others.
2 Replies