Satan turned the majority of the world away from God with it.

Trust me, It works.

Cool, you're working for Satan. One imaginary friend is as good as another.

And allow me to point out the obligatory error you've made: The majority of the world was never with your god. He favoured one race (read Genesis and Exodus (and even Revelations, with it's 50,000) in one tiny part of the world. And even as that religion spread it never was held to by the majority of humans.

Even with the conversion of the Europeans (who would be the arch imperialist colonisers of modern history) becoming his global missionaries and forcing their beliefs on local populations with their military, economic and political power your god still couldn't get a democratic majority. I agree with him that the fact that he is a dick has nothing to do with his atheism.
0 Replies
0
Reply Tue 8 Sep, 2015 07:32 pm
@FBM,
I hate to admit you are at least half right.
Not so sure about the intellectual maturity or capacity of many unbelievers I have come across, however.
1 Reply
3
Reply Wed 9 Sep, 2015 04:42 am
It's pretty f*cking hilarious to see a theist, especially a so-called christian, sneer about the maturity or the intellectual capacity of unbelievers. Tell us about all that old Noah bullsh*t, again.
1 Reply
3
Reply Wed 9 Sep, 2015 04:49 am
@neologist,
neologist wrote:

I hate to admit you are at least half right.
Not so sure about the intellectual maturity or capacity of many unbelievers I have come across, however.


Same here. It wasn't intended to be a blanket statement. I know both theists and atheists who are immature dumbasses. 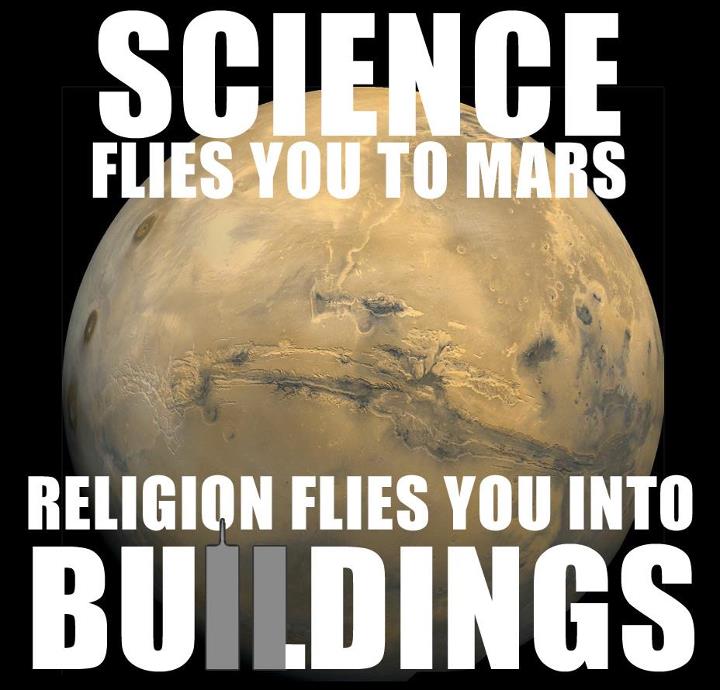 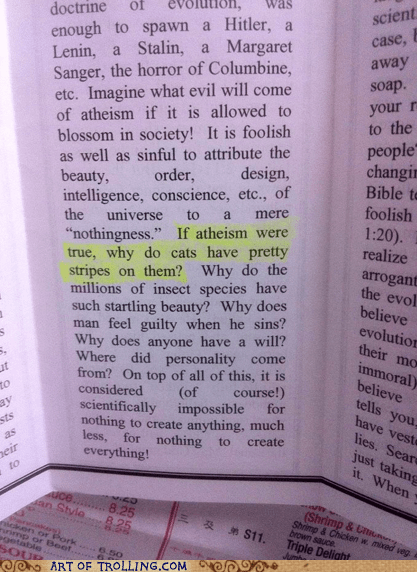 I think its the fact that once they approach you with no evidence it just seems to strengthen your beliefs because you think that there is NO evidence to show in the first place.

0 Replies
1
Reply Thu 10 Sep, 2015 08:16 pm
@hingehead,
I find it exceptionally hilarious that the featured essay is set against the background of an ethnic menu. Cats have pretty stripes. . . Ymmm!
1 Reply
1
Reply Thu 10 Sep, 2015 09:59 pm
@neologist,
Tell me one more time why you butt in on the atheists only thread, Neo.
You think you are somehow cutely exceptional?
1 Reply
2
Reply Thu 10 Sep, 2015 11:33 pm
@ossobuco,
1. I like to keep up
2. That last comment was complimentary, though it got some knee jerk thumbs
3. I never fault anyone for posting in a believer's thread
4. This thread labled setire
5. I like you guys
1 Reply
0
Reply Fri 11 Sep, 2015 03:06 am
@neologist,
Now you are gonna make them stomp their feet and hold their breath...because you will not go along with their regular demands that people who are not atheists stay out of (now get this!) "for atheists only" threads.