No conservative has ever said any such thing. And you cannot produce any examples of a conservative saying such a thing.
0 Replies
-1
Reply Mon 14 Oct, 2019 03:32 pm
@MontereyJack,
Quote:

Thinking progressives are demented is demented.

1 Reply
-2
Reply Tue 15 Oct, 2019 08:50 am
@Real Music,
The only people who didn't see a tax cut were those people who live in high tax states who can no longer deduct more than 10k in state taxes. This is the lie the left has to push about the tax cut.
0 Replies
1
Reply Tue 15 Oct, 2019 12:57 pm
mark
0 Replies
1
Reply Tue 15 Oct, 2019 06:45 pm
Trump Accidentally Calls Biden Looking for Dirt on Biden
After Biden was unmasked, Trump was urged to quickly hang up by Mike Pompeo, Mike Pence, Bill Barr, Betsy DeVos, and a half-dozen other senior Administration officials who had been listening in on the call.
By Andy Borowitz 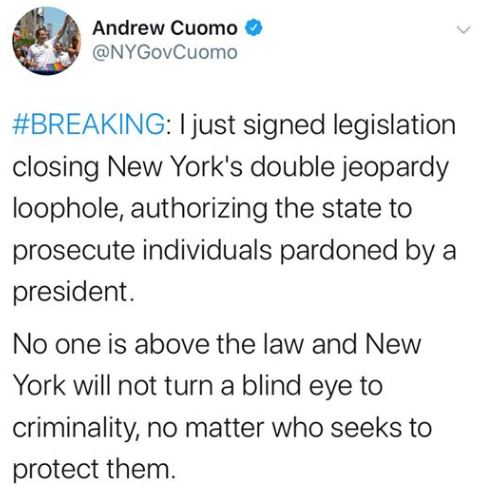 1 Reply
2
Reply Wed 16 Oct, 2019 08:37 pm
An actual quote from Don Jr about Hunter Biden: "When you're the father and your sons entire career is dependent on that, they own you" 1 Reply
-1
Reply Sat 19 Oct, 2019 11:49 am
@Region Philbis,
One more swipe at half of American voters. Why would anyone want to vote for people that keep calling them stupid? Which makes another meme fail for you.

You drive away any new support you might get. Who are the stupid people here?
1 Reply
2
Reply Sat 19 Oct, 2019 07:58 pm
@coldjoint,
Why would the quite a bit more than half of the American people want to vote for somebody like trump who has spent two and a half years insulting their character, morals, and intelligence and pronciples?
1 Reply
-1
Reply Sat 19 Oct, 2019 08:05 pm
@MontereyJack,
Quote:

insulting their character, morals, and intelligence and pronciples?

What character? What morals? What principles? Be specific.
1 Reply
2
Reply Sat 19 Oct, 2019 10:10 pm
@coldjoint,
stuff it. every time he tslks about dems and liberals he's bullshitting. which does of course describe pretty much all of=f his discourse anyway.
1 Reply
-1
Reply Sat 19 Oct, 2019 10:33 pm
@MontereyJack,
You can't answer? Can't think of anything moral or principled? I figured on that.
2 Replies
2
Reply Sat 19 Oct, 2019 10:51 pm
@coldjoint,
I dod andwrr. Anything he dsys denigrsting someone is odds on wrong. His caractrrization of the mueller invedtigation his caractterization of impeashment his complaintd dems or the media are trsitord st enemies of the people arr all.lies.